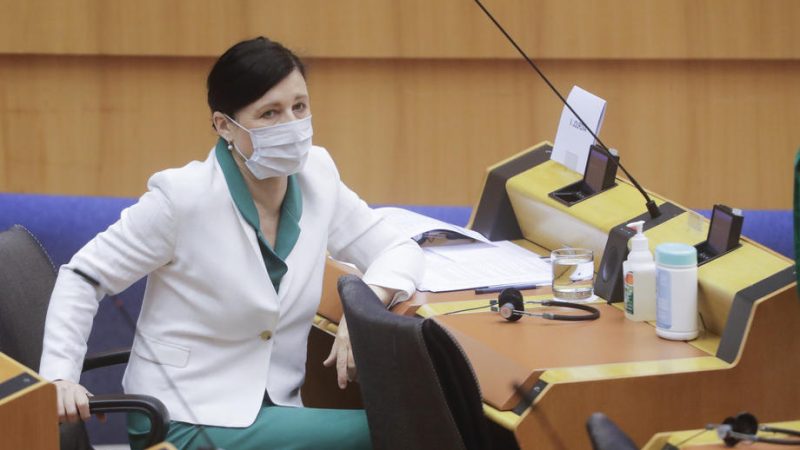 European Commissioner for Values and Transparency Vera Jourova, wearing a protective face mask, attends a debate on Rule of Law in Hungary during a plenary session of the European Parliament in Brussels, Belgium, 14 May 2020. Due to coronavirus preventive measures the plenary session has been reduced to one day debate only with a second day for voting, mainly with the use of video conference. [EPA-EFE/OLIVIER HOSLET]

“The Commission is monitoring the situation in all states, but in case of Hungary, I can reveal to you today that I have daily reports,” Commission Vice-President Jourová told MEPs, adding that she is aware of the “two people who were detained in relation to spreading so-called fake news.”

“On a daily basis we are assessing whether we can take legal action,” said the Commissioner, who added that the Commission had decided not to open infringement procedure yet,

On 4 May, the Hungarian government announced plans to suspend its obligation to certain protections laid out in EU data protection law until the current ‘state of emergency’ period has been declared over.

A communications official of the European Data Protection Board (EDPB), which is responsible for GDPR’s application, said that it is developing further guidance on Art 23. of the regulation, which allows national authorities to restrict data rights “by way of a legislative measure.”

After several interactions with the Hungarian supervisory authority, the EDPB said that “further discussion is necessary. At the moment, we cannot say what the outcome of these discussions will be.”

Civil society organisations voiced their concern in a letter on Monday (11 May) addressed to the EDPB.

“We believe that this modification was not necessary to maintain quarantine rules,” Máté Szabó of the Hungarian Civil Liberties Union told EURACTIV, “as the amendment does not make possible the collection or monitoring of data but concerns the restriction of rights to information, rectification, erasure and the right to protest, as well as the postponement of enforcement.”

Jourová said that the Commission expects Hungary “to come along with the other member states, to release confinement measures and to come back to at least the old normal.” 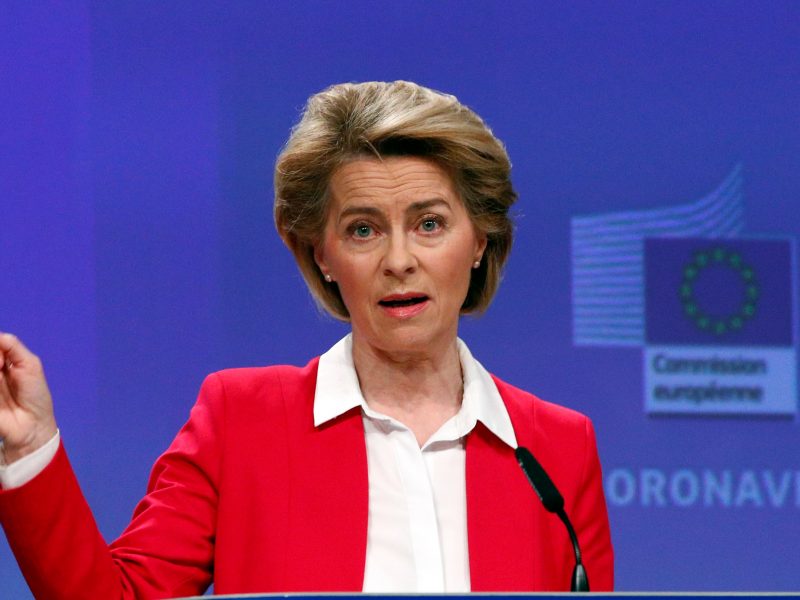 The debate followed Parliament’s resolution last month that described the Hungarian government actions during the coronavirus outbreak as “totally incompatible with European values.”

Jourová also supported the call of several MEPs for the conditionality of EU funds, which she said must remain part of the next long-term budget negotiations and “keep its teeth.”

However, many parliamentarians have questioned the executive’s hesitation to launch infringement proceedings against Hungary.

“Why is the Commission, guardian of the treaties, so reluctant to act in defence of European values?” asked Luxembourgish MEP Christophe Hansen (EPP). “And why is the Council so afraid of its own shadow to act on member states that are persistently corrupting treaties and our EU values?”

Others said that the debate is a continuation of the old row between Brussels and Budapest on migration.

“The reason for these attacks we know are the refusal of Hungary to adopt the EU migratory policy,” said French MEP Nicolas Bay of the far-right Identity and Democracy group. “This is being instrumentalised, it’s being used to attack the government against the will of the people.”

The Hungarian government was not present at the session after PM Viktor Orbán instead asked justice minister Judit Varga to represent the country. 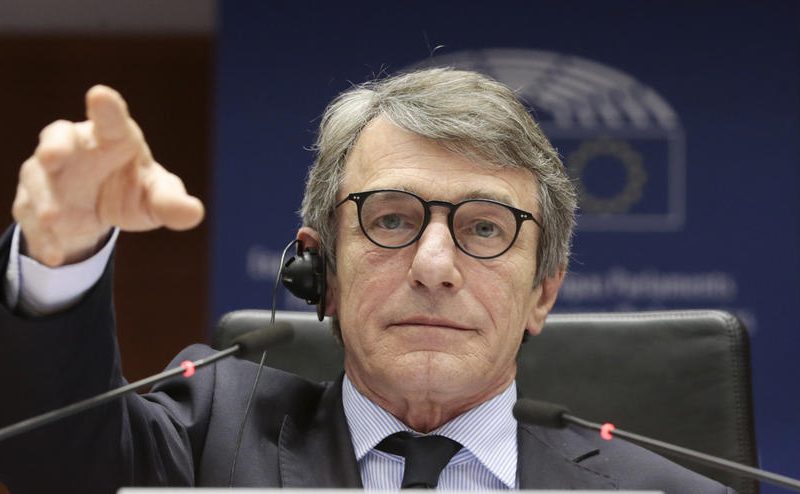 Varga was not allowed to speak in Orbán’s stead because, according to the letter of Parliament President David Sassoli, “the established practice for such kind of debates, the appropriate level of participation is that of the head of state or government.”

“The stubborn refusal by the socialist President of the European Parliament, David Sassoli puts him at odds with principles of fair trial, impartiality and free speech,” the ruling Fidesz party said in a statement yesterday (13 May).

“If it hasn’t been clear already, we will need a deep review of the EU when the coronavirus situation will be under control.”