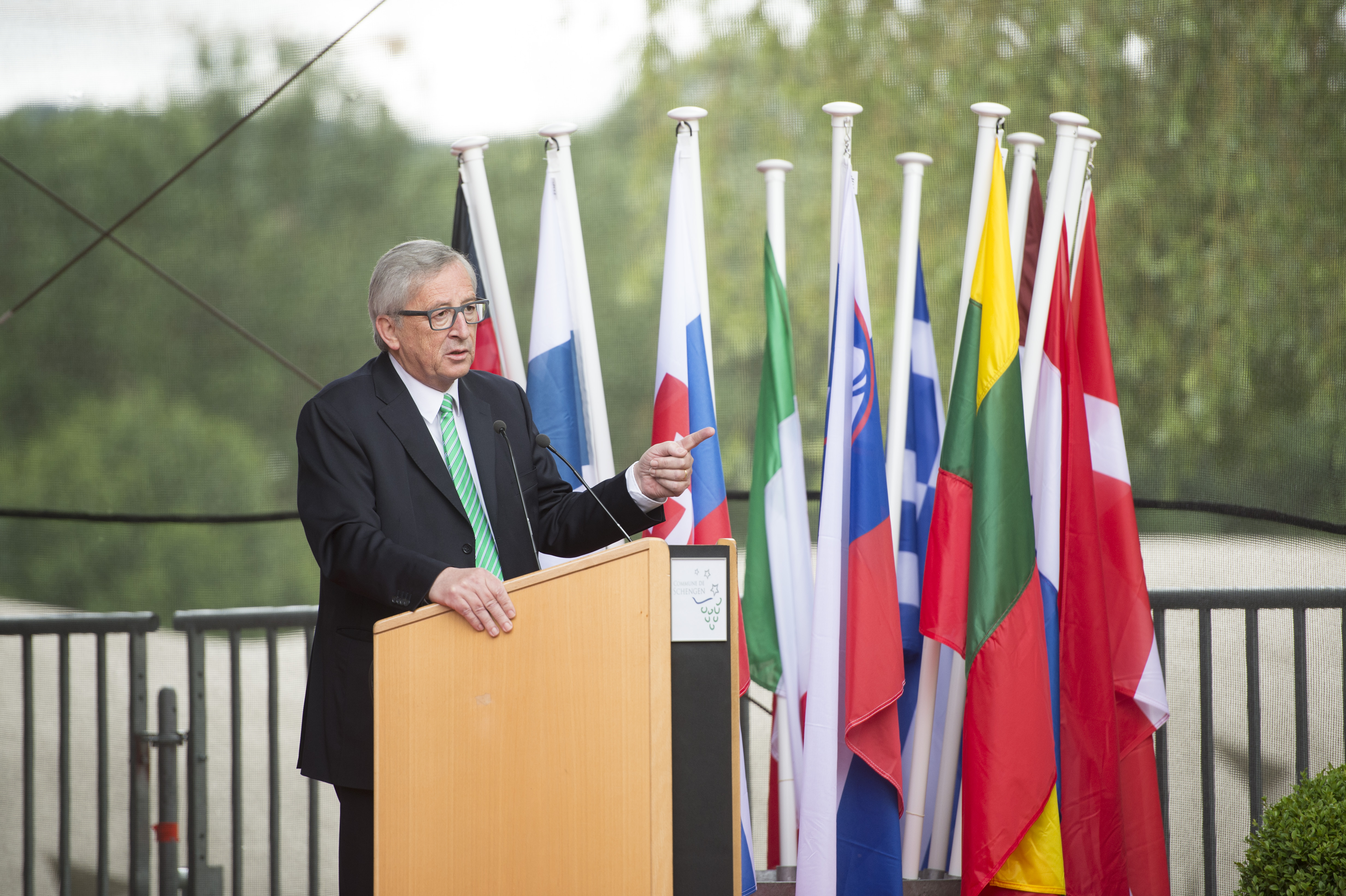 Marking the 30th anniversary of the border-free Schengen agreement on 13 June, Commission President Jean-Claude Juncker warned against taking advantage of the surge of immigrants from the Mediterranean to dismantle what he said was one of the greatest achievements in EU integration.

Juncker visited Schengen, the town in his native Luxembourg, where on 14 June 1985, the agreement abolished border controls between his country, Belgium, France, West Germany and the Netherlands. The present-day Schengen area covers all the EU Member States – except the UK, Ireland, Cyprus, Bulgaria, Romania and Croatia – as well as the Schengen associated countries Iceland, Norway, Switzerland and Liechtenstein (see background).

The visit of Juncker, who was accompanied by the Prime Minister of Luxembourg Xavier Bettel and the European Parliament President Martin Schulz, coincided with an escalation of the crisis of immigrants arriving in Italy, and the unwillingness of other countries to share the burden.

Populist politicians such as Marine Le Pen, leader of France’s National Front, have taken advantage of the situation to stage a show in which she threw the Schengen agreement in a dustbin.

“We often criticise Schengen, because of superficial analysis. We live in times of political analphabetism. We have to block the road to those who say Schengen should be reviewed,” Juncker said, regretting that Schengen and Europe were been accused of all evils of their times.

“I read in French newspapers that the immigration problem is intimately linked to a bad application of Schengen. There is not a wisp of relationship between the Schengen agreement and misery that drives those who want to come to Europe,” Juncker said.

The Commission President appealed not to follow those who, “by superficiality, by misunderstanding or by ill will try to bring to naught all the agreements and successes of Europe”.

In the meantime, a crisis is brewing at Italy’s border with France, with hundreds African asylum-seekers threatening a hunger strike if they are not admitted to French territory.

The crisis “should not be underestimated”, Prime Minister Matteo Renzi said, as Austria, France and Switzerland expelled asylum seekers back onto Italian soil.

Tomorrow (16 June) EU interior ministers are expected to decide on the Commission’s proposal to redistribute 24,000 immigrants from Italy and 16, 000 from Greece to the rest of the countries of the Union.

Renzi threatened that if European countries disagreed to redistribute 24, 000 people from Italian soil, his country had a “plan B” ready which in his words was going to “hurt Europe”.

“I cannot reveal our Plan B,” Italian Interior Minister Angelino Alfano told Sky TG24, “but if Europe is not supportive, it will find itself dealing with a different Italy. We will not accept a selfish Europe.”

Alfano spoke of setting up fair distribution of immigrants, but also of “setting up camps in Libya” and a serious policy of repatriation of economic migrants.

Renzi will raise the issue with his British and French counterparts when they travel to Milan this week, as well as speak to Juncker and German Chancellor Angela Merkel.