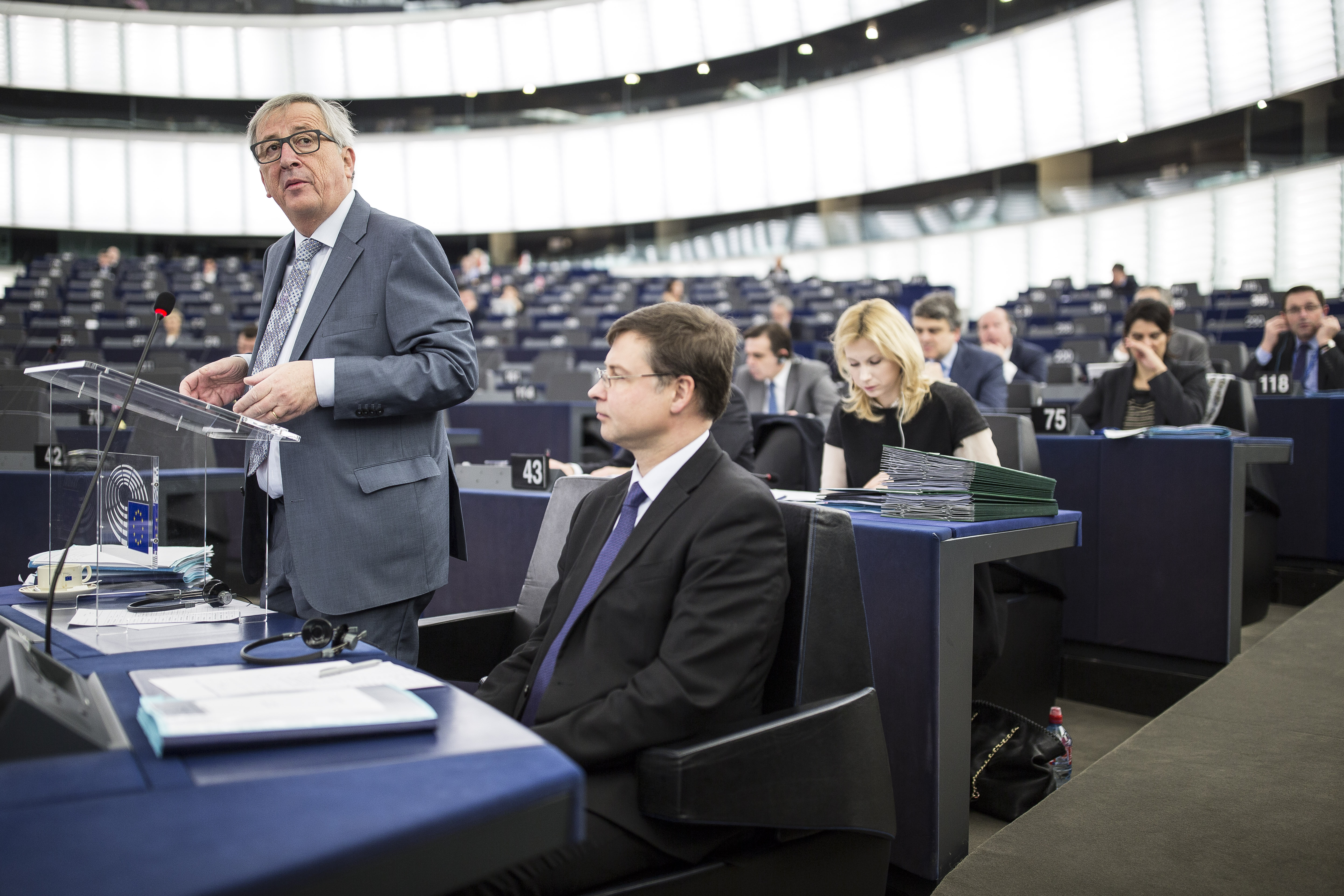 Juncker told the European Parliament in the eastern French city of Strasbourg that it was no “time for business as usual” as asylum seekers, mostly Syrians fleeing war, have flooded across the European Union’s external border.

“We Europeans no longer have many borders. We have one and we have a shared responsibility to protect it,” Juncker said.

“Let me be absolutely clear that under my leadership, we will do everything to protect what we have built and to make it stronger and better,” he said.

“We want to defend everything Schengen represents, and let me tell you that Schengen is here to stay!”

The Schengen accord, considered a core achievement for the bloc, provides for borderless travel across most of the 28-nation EU based on the principle of free movement.

The migrant crisis, which has seen some one million people flooding into Europe, mostly via Greece and Italy, has tested that commitment to the limit, with several EU states temporarily reimposing border controls as they try to slow the influx.

On Tuesday (15 December), the Commission unveiled plans for a new border and coastguard force that could intervene, without the host country’s consent if need be, to restore security.

Many member states baulked at that provision, with Poland rejecting the idea outright as an infringement of national sovereignty.

The European Commission said that the proposed new powers would be used sparingly and stressed the need for cooperation with member states.

Juncker made it clear on Wednesday that he expected speedy agreement.

“We have no time to lose,” he said, urging the Council of member states and parliament to treat the plans “as a matter of urgency.”

EU leaders were due to meet in Brussels for a summit on Thursday and Friday (17-18 December) to debate the border control plan and other means to tackle the worst migrant crisis since World War II.