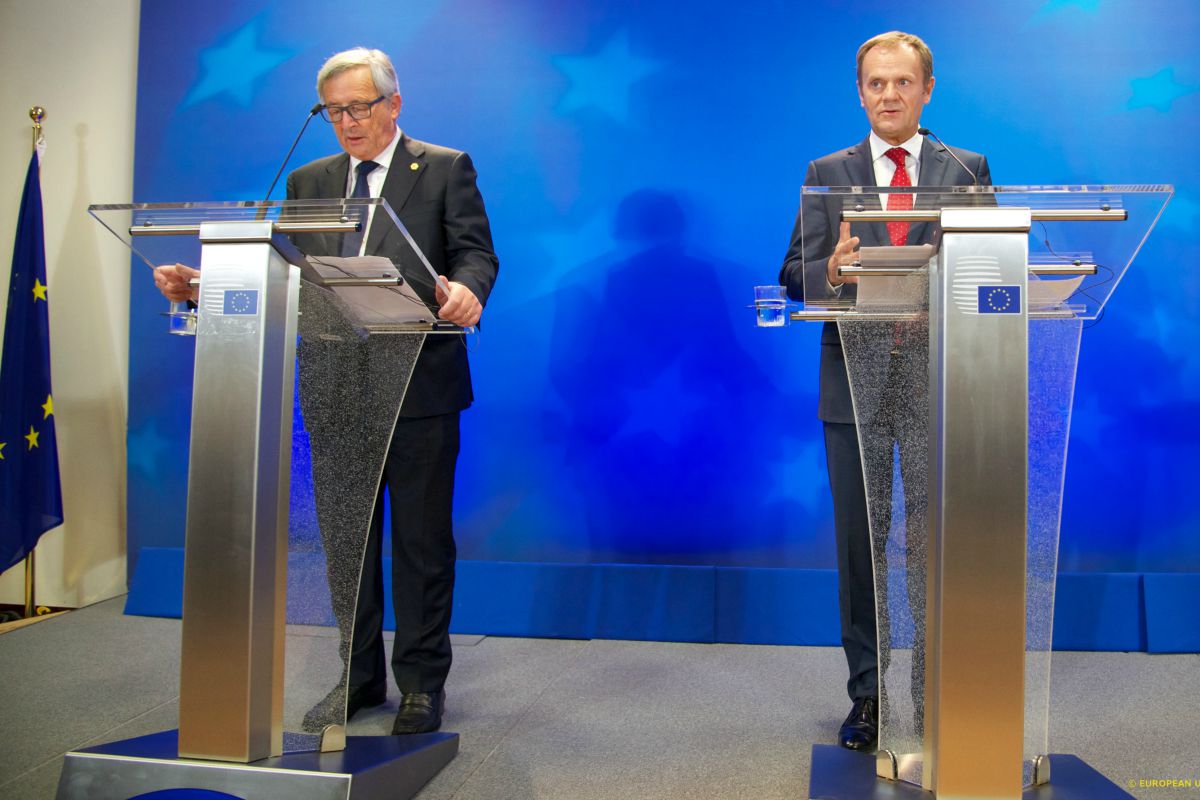 The emergency summit on the refugee crisis ended last night (24 September) with agreement that the EU’s borders needed to be better protected, and that “hotspots” must be set up where the asylum seekers’ requests can be processed.

Instead, countries found common ground around the ideas that Turkey, where millions of Syrian refugees have been stranded for years, should receive assistance. Bona fide asylum seekers should wait to be relocated in “hotspots” at the EU’s borders. The hotspots should also be equipped in a way so that economic migrants should be sent back to their countries of origin.

The “hotspot approach” involves the establishment of EU-run reception centres in frontline member states such as Italy and Greece.

“We should be talking about millions of potential refugees”, Tusk said, mentioning 8 million displaced persons inside Syria and 4 million Syrians who have fled to the neighbouring countries Turkey, Jordan and Lebanon. In addition, refugees were pouring in from Iraq, Afghanistan, Eritrea and other places.

Tusk said that when he recently visited refugee camps in Turkey and in Jordan, he heard only one message, “We are determined to get to Europe”.

“Now the focus should be on the proper protection of our external borders and on external assistance to refugees and to countries in our neighbourhood,” he said.

A major advance seems to be the agreement to set up “hotspots”, an idea which appeared until very recently as controversial. This time, leaders agreed that hotspots would be set up by the end of November.

Juncker, who looked exhausted, spoke shortly, stressing that the summit had taken place in a better than expected atmosphere.

The sums to be allocated are:

EU member states have reportedly been requested to match the amount. French President François Hollande said that France would disburse up to €100 million over the next two years.

Asked to comment over growing concerns that the hotspots could become detention centres, the French president stressed that resources and personnel will be sent from member states, also from France, to manage the registration process as fast as possible, but that the return of economic migrants should also be made possible.

Hollande underlined that the EU stands ready to go far beyond what was agreed today. But he said that the US and Canada should help too. That’s why he said he would take the idea of organising an international conference on this matter to the UN General Assembly in New York.

Tusk and Juncker said they would host a meeting with Turkish President Recep Tayyip Erdo?an on 5 October as part of efforts to cooperate with Ankara to limit the numbers of migrants reaching Greece.