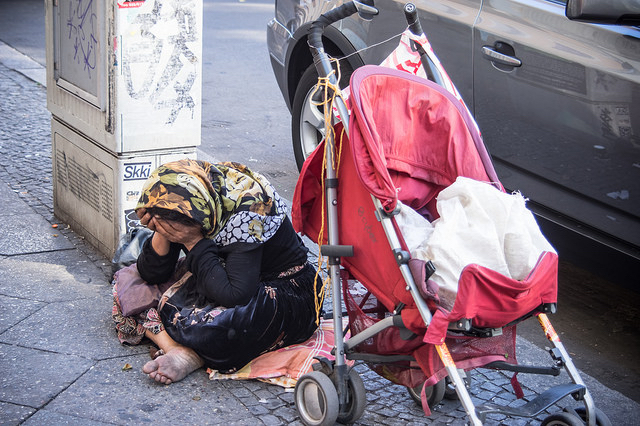 Berlin remains divided over the new asylum package for refugees, with the issue of family reunification continuing to split opinion. EURACTIV Germany reports.

Very few countries around the world enshrine the right to asylum in its constitution, yet Germany does. However, this right is set to be limited more and more. The ruling parties of Germany want to impose stricter laws such as deporting convicted foreigners and to only admit certain people into the country.

The bundle of laws approved last week by the German Cabinet, known as “Asylum packet II”, is set to be changed even more.

Family Affairs Minister Manuela Schwesig admitted yesterday (8 February) that there had been a breakdown in the negotiations after the SPD complained that unaccompanied minors would be affected and would potentially be prevented from reuniting with their families. The party’s leader, Sigmar Gabriel, also commented at the weekend that he was not happy with the agreement. Now Interior Minister Thomas de Maizière (CDU) and Justice Minister Heiko Maas (SPD) must hash out a compromise, which is easier said than done.

>>Read: Reuniting refugee families ‘not a priority’ for Berlin

Supporters of the new package called the measures relating to family reunification “responsible”, with Günter Krings (CDU) telling the Rheinische Post that “Giving full reunification to minors will encourage people to send their children alone on a potentially-fatal journey. That is not humane and that is not responsible.”

But legal experts have their doubts over the legality of the measures. The planned law will potentially hold a fair and reasonable asylum procedure at arm’s length from applicants, with limited family reunification and no recognition of suspended deportation on medical grounds.

“The issue of family reunification has been rushed,” said Astrid Wallrabenstein of Frankfurt’s Goethe University. The new law is on a collision course with Article 6 of Basic German Law and Article 8 of the European Convention on Human Rights, according to which any person has a right to respect for private and family life, said Wallrabenstein during a discussion in Berlin.

It also provides for people who need “subsidiary protection”. This will consist of a small group of individuals who have no right to asylum under the Geneva Convention, but who are at genuine risk. However, Wallrabenstein is not convinced that the proposal will catch on in Germany or the EU.

Bernward Ostrop, an Berlin-based immigration and asylum lawyer, questioned the need for changes. “The real issue is whether family reunification is even a problem.” Between 2014 and autumn 2015, 206,000 people made requests for family reunification. In the end, only 18,000 Syrian family members made the journey, Ostrop pointed out.

Ostrop also highlighted how long asylum-processing procedures affect refugees. Without traffickers, most refugees would have little chance of making it into Europe. As the journey is costly and dangerous, most people make it alone. Typically. it is men who undertake it.

The family of the individual making the trip then makes their way to Turkey, where they have to wait until the person heading to Europe files an asylum application.

“Families often have to wait so long that they cannot stay in Turkey any longer and have to return to Syria,” Ostrop added.

Currently, many asylum procedures take a month to get started, after which it typically takes five or six months to be processed.

Ostrop said that an acceleration of the asylum process is likely the reason behind the issue surrounding family reunification.

On Friday (5 February) the head of the Federal Office of Migration and Refugees, Frank-Jürgen Weise, said that the long waiting times are not acceptable “from an integration point of view”. Nevertheless, changes are unlikely to be made overnight.