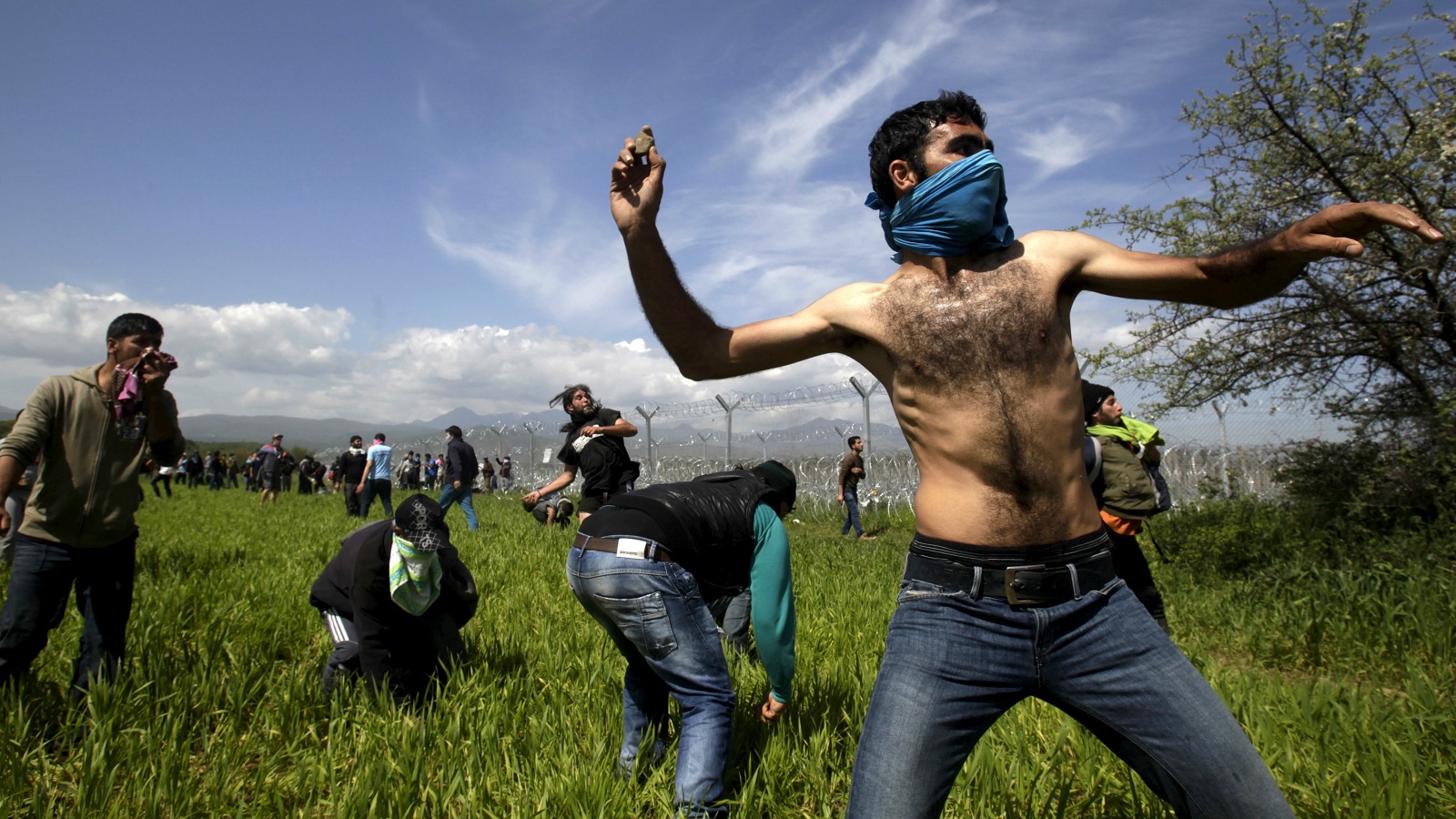 At least 260 refugees needed medical attention yesterday (10 April) after police fired tear gas as they tried to break through the Greek-Macedonia border, where over 11,000  are stranded, a charity said.

It was the latest violence to erupt at the flashpoint Idomeni crossing, where huge numbers of asylum seekers – many fleeing conflict in Syria, Iraq and beyond – have been camped out since mid-February, after Balkan states closed their borders, cutting off access to northern Europe.

Macedonian police accused the crowds of hurling stones and other objects at them in a bid to break down the fence, saying they had used tear gas to protect themselves.

“Two hundred people were treated by our medical unit for breathing problems, 30 for wounds caused by plastic bullets and 30 for other injuries,” Achilleas Tzemos of French medical charity Doctors Without Borders told AFP.

The incident, amid the EU’s worst migration crisis since World War II, was sparked by fresh rumours that the Idomeni border crossing into Macedonia, largely closed since mid-February, was about to open.

According to a Greek police source, hundreds of migrants had gathered by the fence to demand the border be opened. When they tried to force the barrier, Macedonian police began firing tear gas.

The clashes came as an EU delegation visited Turkey and urged the country to carefully implement a deal under which all migrants arriving at the bloc’s borders from Turkey now face being returned there.

At the scene, protestors with their faces covered with scarves or smeared with toothpaste as a makeshift protection against tear gas could be seen hurling rocks at the fence, an AFP correspondent said, adding that some fainted in the suffocating atmosphere.

Part of the fence appeared to have been torn down.

Others ran for cover as tear gas grenades exploded nearby, sending clouds of gas wafting into the air.

Macedonian police, however, denied that anyone had been injured by plastic bullets.

“We are not using any kind of bullets as they are forbidden by law in Macedonia. We are not using batons as we are on the other side of the fence,” spokeswoman Liza Bendevska told AFP.

“We are using all allowed chemical means.”

Giorgos Kyritsis, a spokesman for Greece’s migration coordination agency, however, condemned what he called the “dangerous” and “reprehensible” tactic of using “plastic bullets, tear gas and stun grenades”.

Earlier, another Macedonian police spokesman said the mob had hurled stones and other objects at police, injuring three of them, and that they had used tear gas to try and break up the protest.

“A large group of refugees attempted to destroy the razor fence and enter Macedonia. They threw stones, metal things and other objects towards police,” spokesman Toni Angelovski said.

Macedonian police had initially told AFP it was Greek police who were responsible, but Angelovski later confirmed they too had begun “using tear gas and all allowable means to protect (themselves) and the border”.

“No single migrant managed to cross on the Macedonian side, but (the situation) is still tense,” he added.

An official at a migrant centre on the Macedonian side of the border said three 500-strong groups of people had tried to breach the barrier in three different places.

The makeshift encampment at Idomeni, where people are living in squalid and overcrowded conditions, has become a symbol of the misery faced by thousands who have fled war and poverty to reach Europe.

Efforts by the Greek authorities to persuade migrants to leave Idomeni and move to nearby reception centres have not been successful, with many people preferring to stay put in the hope the border will be opened.

Sunday’s incident came a day after four women and a child drowned off the Greek island of Samos, in the first deaths in the Aegean Sea since the controversial EU-Turkey deal to stem the flow of refugees took effect three weeks ago.

The EU delegation led by Dutch Foreign Minister Bert Koenders, whose country currently holds the European Union presidency, on Sunday visited Istanbul nearly a week after Greece began shipping migrants back to Turkey under the terms of the agreement.

Meanwhile, at the port of Piraeus, near Athens, where some 4,500 migrants have set up a huge makeshift camp, several hundred people protested against efforts to move them to dedicated reception centres.

One response to “Macedonian police clash with refugees”