Immigrants at the Hungarian border. [Dnevnik, the EURACTIV partner in Bulgaria]

German Chancellor Angela Merkel’s conservatives want to limit the financial incentives for refugees coming to the country as their numbers soar, a paper showed yesterday (2 September), underlining the strain the crisis is putting on Europe’s largest economy.

With relatively liberal asylum laws and generous benefits, Germany is the EU’s biggest recipient of refugees fleeing wars in the Middle East, and economic migrants from southeastern Europe.

But the generous allowances are not only a burden on the countries’ budgets. First and foremost, they are seen as a “pull factor”, bringing asylum seekers to richer and more generous EU countries.

Serbian Prime Minister Aleksandar Vu?i? has in fact called on Germany to reduce its financial provision for migrants from the Western Balkans as a way to solve the refugee “problem” quickly.

“We ask that German financial assistance for refugees from the Western Balkans is significantly reduced,” Vu?i? told Germany’s Handelsblatt.

Serbia has seen an unprecedented wave of immigrants who seek only to cross the country and get into Germany, via Hungary and Austria.

Asylum seekers in Germany receive €143 euros per month per adult for personal needs, and Syrians benefit from extra protection.

>>Read: Aid to refugees: How do European countries compare?

The Netherlands is reported to be preparing new rules that would see asylum seekers cut off from food and shelter after “a few weeks” if their application is rejected.

Starting in November, any migrant who refused refugee status or humanitarian protection will be given less than a month before they are deported or told to fend for themselves.

As part of the measures, the government wants to shut down 30 regional “bed, bath and bread” centres where asylum seekers can find shelter, regardless of the status of their application.

Dutch Minister Mark Rutte has defended the measures, saying it was “crazy” to offer indefinite assistance to those who failed to qualify as refugees.

“We are talking about the group that can go back, whose governments would take them back, but they don’t want to go back,” he said. 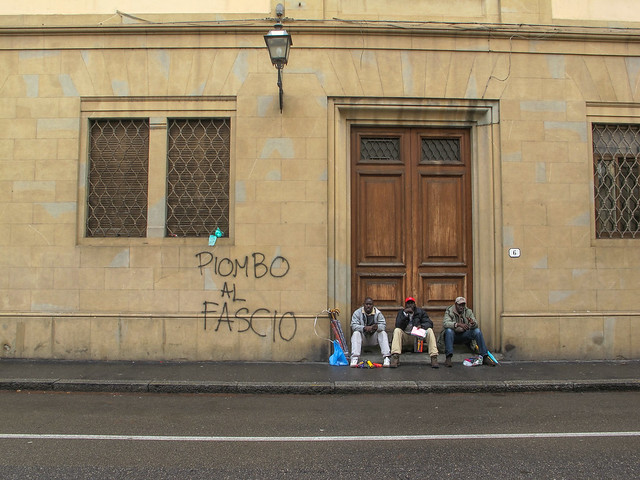 Integration Minister Inger Stojberg, of the ruling minority centre-right liberal party Venstre, said it was a first step “to bringing asylum policies back on track”, the Ritzau news agency reported.

The cuts – effective from 1 September – will see the monthly cash allowance received by an individual asylum seeker without children almost halved to about 6000 kroner (€800) before tax, on par with current student grants.

Although reduced, these sums are hardly comparable with the allowances granted to asylum-seekers in poorer EU countries.

According to the Romanian asylum law, asylum seekers receive an amount of 3 lei/day/person (0.67 eurocents) for food, 1.8 lei/day/person for accommodation (40 eurocents) and 0.6 lei/day/person (€1.35) for other expenses. They also benefit from free primary medical care and emergency hospital care, as well as free treatment in case of acute or chronic diseases.

In Bulgaria and Romania, the authorities make sure that all migrants get registered as asylum seekers. But as the prospective immigrants don’t want to be returned to Bulgaria and Romania when they reach more wealthy EU countries, they have simply been avoiding these two countries.

Accords reached in Dublin in 1990, on the right of asylum, oblige refugees to make their case in the first EU country they reach, where they should also be registered.

But countries in northern Europe complain that Italy and Greece fail to identify the new arrivals, allowing many to continue travelling to seek asylum elsewhere.

EU laws authorises smaller support than to own nationals

The EU Reception Conditions directive, laying down standards for the reception of applicants for international protection, requires EU countries to provide “a dignified standard of living and comparable living conditions in all Member States”.

“To ensure that the material support provided to applicants complies with the principles set out in this Directive, it is necessary that Member States determine the level of such support on the basis of relevant references. That does not mean that the amount granted should be the same as for nationals. Member States may grant less favourable treatment to applicants than to nationals as specified in this Directive”, the EU legislation says. 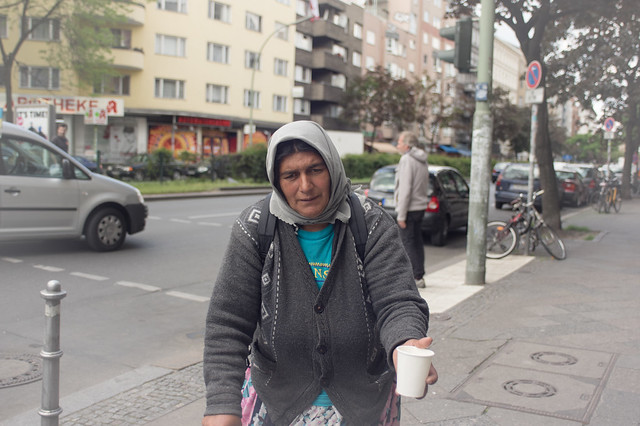 In the meantime, Luxembourg Foreign Minister Jean Asselborn called for the creation of an EU-wide refugee authority, saying the same standards needed to be used to deal with asylum applications across the region.

Asselborn, who is also in charge of migration, suggested expanding the European Asylum Support Office (EASO), an EU agency based in Malta, into a European refugee authority, in an interview with the Germany’s Süddeutsche Zeitung.

He said such an agency was necessary because at the moment there are “incredible discrepancies in the time taken to process applications and in acceptance rates”.

Luxembourg currently holds the rotating EU presidency and Asselborn will be chairing an informal meeting of EU foreign affairs meeting tomorrow and Saturday.

Germany, France and Italy have called for an overhaul of laws on the right of asylum and a fairer distribution of migrants throughout the European Union, Italy’s foreign minister said Wednesday.

The foreign ministers of the three countries signed a joint letter emphasising “the shortcomings” of the current European asylum system.

In the letter, signed by Frank-Walter Steinmeier, Paolo Gentiloni and Laurent Fabius, the officials called for “a fair distribution of refugees” throughout the European Union.

“The current refugee crisis is putting the European Union and all of its member states to a historic test. Over the past weeks, this crisis has become even more dramatic,” it read.

“Europe must protect refugees in need of protection in a humane way – regardless of which EU country they arrive in.”

The document was addressed to the EU’s foreign policy chief, Federica Mogherini, ahead of the Luxembourg meeting.

The European Commission has listed gross domestic product, population and unemployment as well as the number of asylum applications a country has received and resettlement places it has offered as factors to determine how to distribute refugees across the EU.

“The first two criteria are more strongly weighted. In my opinion unemployment and migration policy measures are not sufficiently taken into consideration,” Garcia-Margallo said in comments published today by Germany’s Die Welt.

“That’s because if unemployment is as high as it is now in Spain, at 22%, I can’t offer people a fair chance of integration here,” he added.

Garcia-Margallo also said Spain had invested a lot of money in recent years and was cooperating with countries of origin such as Mauritania, Senegal and Morocco to control immigration.

“Yes, we need to be involved in dealing with the problem – it’s a European problem. But the criteria for distributing refugees must be fair.”

“Schengen has de facto fallen apart. Under normal circumstances, it’s difficult to get a Schengen visa, and now there are tens of thousands of people walking around here without anyone checking them,” Lajcak said.

"There is a divide ... between the east and the west of the EU. Some member states are thinking about containing the wave of migration, symbolised by the Hungarian (border) fence," Tusk said, addressing a conference of EU ambassadors.

"Others want solidarity in advocating a so-called obligatory basis for quotas. The key challenge is to find for them all a common, yet ambitious, denominator," he said before talks with Hungarian Prime Minister Viktor Orbán as the crisis deepens.

Tusk said that the migrant crisis was one of the major challenges facing the 28-nation bloc.

"I am working with leaders to build a new consensus among governments on the EU response," he said.

"The first goal to ensure people in need of international protection receive it. Second, we must gain more control of mass population flows."

Tusk said this would require much greater cooperation among member states and third countries, aiming to help tackle the problem at source.