More and more voices are calling for an urgent reform of the strained Dublin asylum system as migrants continue arriving across the Mediterranean and migration takes centre stage in Europe again.

In an interview with EURACTIV’s Karolina Zbytniewska, Barbara Spinelli, an Italian MEP for the Confederal Group of the European United Left – Nordic Green Left, is positive: “If we did not have the Dublin rules or if we had changed them, we wouldn’t be having what is now happening in Italian ports and in the Mediterranean.”

Barbara Spinelli is the daughter of Altiero Spinelli, an anti-fascist politician who is considered to be one of the founding fathers of the European Union. The main building of the European Parliament in Brussels is named after him.

Spinelli denounced what she called “the lack of solidarity in the European Union”. “You cannot discuss solidarity. First, you open the ports, and then you discuss the issue.”

She referred to the decision by Italy and Malta not to receive the Aquarius ship, belonging to a French NGO and carrying 629 migrants. The boat was left stranded at sea for several days, while European countries refused to take the responsibility for it. France, which has ports in the Mediterranean, remained silent. Spain finally allowed the migrants to disembark in Valencia.

A need for European solidarity

“There has to be a new Dublin system because the last one established that Italy and Greece are the frontline countries,” said Spinelli. Indeed, a migrant arriving in Europe has to be registered in the country of arrival, where he can be sent back even after crossing the borders to go in other member states.

Border controls even within the Schengen area are thus at stake, as Spinelli pointed out, mentioning the border between France and Italy as a reaction to the French government’s criticism of the Italian behaviour.

“What the French government does at the border with Italy, sending back people who came to France is equally cynical.” Migrants in the Alps who try to cross the border to enter the French territory are indeed blocked by far-right groups, with the police turning a blind eye to those methods.

“What is tragic in the EU today is the fact that the European Council is not able to reach an agreement on this reform, whereas the European Parliament already made a proposal,” said Spinelli. 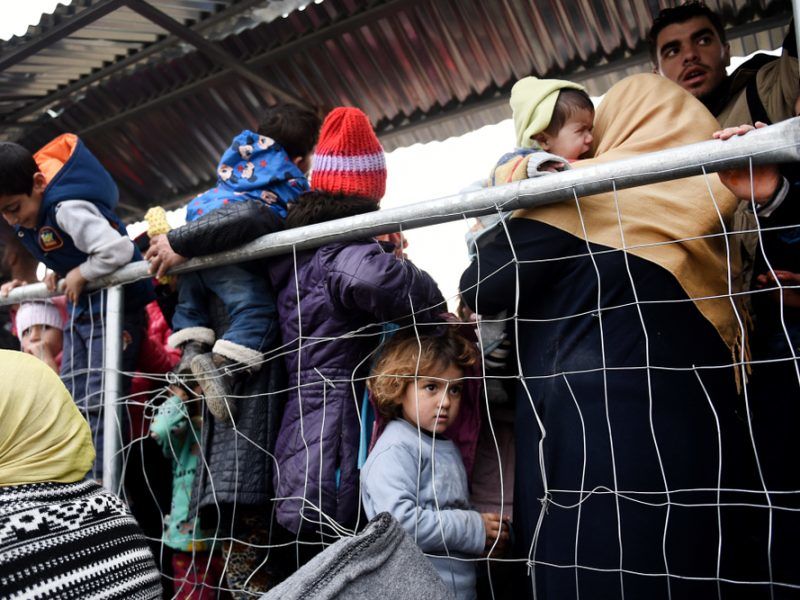 Following a string of far-right political successes barely a year before the next European elections, regional and local representatives have called on the EU to urgently act on migration, an issue that has quickly come back to the top of the political agenda.

Like many MEPs, she hopes that EU leaders will manage to find an agreement on reforming the Dublin system in the upcoming 28-29 June European Council meeting, where migration will be the top issue.

Migrants widely seen as a threat

But according to Spinelli, the Dublin regulation is not the only obstacle to migrants’ integration. European citizens are also worried about their social and economic positions and their purchasing power. The arrival of migrants is widely seen as a threat to jobs and national identity. Spinelli sees it differently.

“I invite you to take a long-term view on migration because resentment is part of a short-term vision. Europe is an ageing continent and we need young people. The arrival of people could help the economy. In the future, migrants will be part of the solution, not part of the problem. They will also pay taxes and contribute to the payment of pensions.”

Spinelli finally insisted on the necessity to see the broader picture concerning migration. “We are not confronted with a mass invasion. Many people in the world displace themselves, substantially so in Africa or in Asia. The part coming to Europe is approximately 0.2% of the EU population.”