MEPs on the European Parliament’s Civil Liberties, Justice and Home Affairs Committee (LIBE), working on a draft report on the situation in Poland, have called for “decisive action” by the other EU institutions.

Lopez Aguilar is also the rapporteur for a draft interim report on the European Commission’s December 2017 proposal to act in view of the perceived threats to the independence of the judiciary in Poland.

The 20-page report on “the clear risk of a serious breach by the Republic of Poland of the rule of law” lists several dozen objections to changes in the Polish justice system introduced by PiS, including changes introduced in 2016 at the Constitutional Tribunal, the Supreme Court and the National Council of the Judiciary.

It also includes recent event changes in regards to the so-called ‘muzzle law’, the implementation of a disciplinary system for judges, including those making it difficult for them to speak in public, the dispute over the called-off postal presidential elections and attempted censorship of state-owned Radio Trójka after a song aimed at PiS party leader Jarosław Kaczyński.

“New events have recently taken place in Poland affecting the rule of law, democracy and fundamental rights,” Lopez Aguilar said during the debate with MEPs.

Most MEPs shared the concern over the state of rule of law in the country, which would “pose a threat to the very structure of the EU”, and called for decisive action by the Council and the Commission, including budgetary measures, in order to protect EU core values.

The draft report also included a recommendation to appeal to the Commission for wider application of the Article 7 procedure against Poland.

The procedure has been used since December 2017, but after several formal hearings, has stalled for several months. Rule of law was not an agenda point during meetings of European affairs ministers, while so far none of the EU Council presidencies have decided to move to the next stage of the process.

So far, the strategy has been based on submitting complaints to the EU’s top court, the latest step being when the Commission launched a new formal procedure in April, giving Warsaw two months to alleviate concerns about a December law that the EU executive says threaten judicial independence. 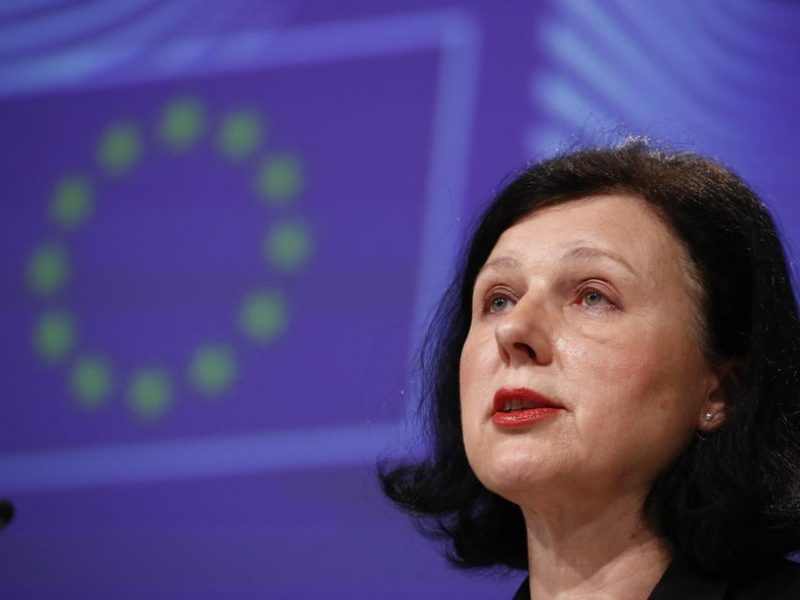 “Like Hungary, Poland is increasingly detached from the EU and our values. It is not enough to analyze, monitor and appeal, it is high time to link state compliance with the rule of law with EU funds and punish governments,” MEP Sylwia Spurek (S&D/Wiosna) said during the debate.

“If you don’t respect EU rules, you don’t want to be a member. And you can’t be an EU member with all the benefits, including EU funds,” Dutch MEP Sophie in ‘t Veld (Renew) said.

Some MEPs, however, stressed further input from the Polish authorities is necessary to have a balanced debate, while several references were made to the need for an independent, permanent EU mechanism to ensure that monitoring processes in the area of rule of law, democracy and fundamental rights remain impartial and objective.

In turn, MEP Patryk Jaki (ECR/Solidarna Polska) protested against the “extremely unprofessional” report, claiming that it contains “many substantive errors”.

“The report is extremely dangerous. It says that the budget for a country is to be linked to the criterion of self-governance,” Jaki told reporters before the presentation of the report and pointed out that, among others, Poland is to be punished for usurping the parliament’s powers to amend the Constitution.

“We also need other mechanisms,” Commission Vice-President Věra Jourová told MEPs on Monday (25 May), adding that linking EU funds to the state of rule-of-law in member states is “today more needed than ever”.

A so-called rule-of-law conditionality has been part of the Commission’s long-term EU budget proposal, but was sharply criticised by countries such as Poland and Hungary. On Wednesday, the EU executive will present a new draft EU budget for 2021-2027, which is set to maintain the mechanism.

“We have to make sure it remains part of an MFF deal,” Jourová added.

She announced that in September the Commission will present a new instrument – an annual review of the rule of law in all EU countries.