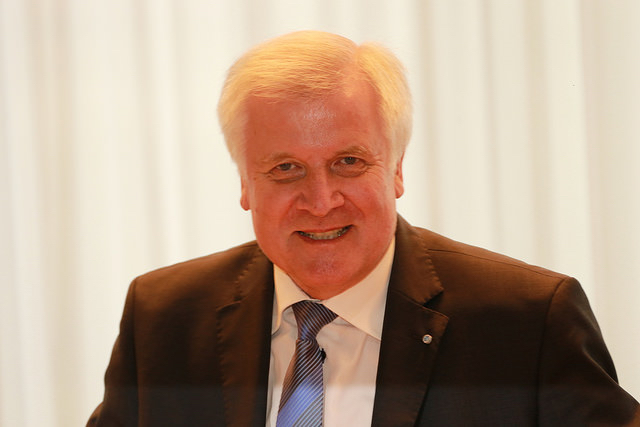 Chancellor Angela Merkel’s decision to allow thousands of refugees stranded in Hungary to enter Germany caused a rift in her conservative bloc on Sunday (7 September) when her Bavarian allies accused her of sending a “totally wrong signal” to the rest of Europe.

The dispute broke out after Austria and Germany agreed to temporarily open their borders to thousands of mostly Syrian refugees in Hungary, whose right-wing government was unwilling and unable to cope with the influx.

Germany expects a record influx of 800,000 migrants and refugees this year, by far the most in the European Union. More than 100,000 asylum seekers were registered in August alone.

Merkel and Hungarian President Viktor Orbán had agreed by telephone that the decision to let refugees – many from Syria’s civil war – cross the borders was a temporary one made for humanitarian reasons, a German government spokesman said.

But Bavarian Interior Minister Joachim Herrmann, whose Christian Social Union (CSU) is the regional sister party of Merkel’s Christian Democrats (CDU) in Berlin’s ruling coalition, accused her of having pushed forward without asking Germany’s federal states, which have had to cope with the consequences.

Bavarian Premier Horst Seehofer and other CSU leaders agreed in a conference call that Merkel’s green light to migrants stuck in Hungary was a wrong decision.

Seehofer said his staunchly conservative party would put the issue on the agenda of a high-level coalition meeting on Sunday evening, adding that Germany could not take in nearly all the refugees who were coming to Europe.

“There is no society that could cope with something like this,” he said. “The federal government needs a plan here.”

The centre-left Social Democrats, junior partner in Merkel’s “grand coalition”, rushed to her defence, with Secretary-General Yasmin Fahimi calling her decision “the only right thing to do”.

“We had to give a strong signal of humanity to show that Europe’s values are valid also in difficult times. Hungary’s handling of the crisis is unbearable,” she said, referring to Budapest’s attempts to put migrants in holding camps and a series of confrontations between Hungarian police and refugees.

The mass-circulation Bild am Sonntag newspaper supported that line, with a headline saying: “Merkel stops the shame of Budapest”.

A public opinion poll last week showed Merkel’s popularity has dropped over her handling of the refugee crisis, but most Germans were not worried about the influx.

Merkel’s coalition was expected to agree a series of measures later on Sunday including cutting red tape to facilitate the construction of asylum shelters, increasing funds for federal states and towns, and speeding up asylum procedures.

The agenda will include widening the list of countries deemed “safe” – meaning their citizens have no claim to asylum – probably to include Kosovo, Albania and Montenegro. Among those already in that category are Serbia, Macedonia and Bosnia.

The aim is to speed up asylum and extradition procedures for migrants from southeastern Europe, in order to focus on war refugees from states like Syria, Iraq and Afghanistan.