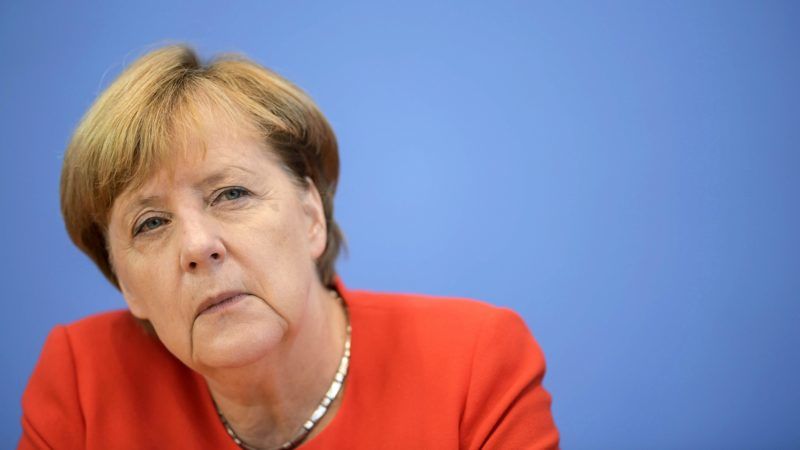 German Chancellor Angela Merkel on Tuesday (29 August) threw her weight behind the European Commission in its row with Warsaw over the freedom of Poland’s court system.

Speaking in Berlin, the previously reticent Merkel said she took the issue “very seriously” and would talk about it with European Commission President Jean-Claude Junker on Wednesday (30 August).

In July, the Commission gave Warsaw a month to address its concerns about ongoing reforms it sees as interfering with an independent judiciary.

Warsaw’s reply on Monday (28 August) signalled that the ruling nationalist and eurosceptic Law and Justice (PiS) party had no intention of backing down and even doubted the EU executive’s right to intervene.

While two of the new Polish laws questioned by the European Commission have been sent back for re-working by an unexpected presidential veto and after a week of mass street protests, a third one, giving the justice minister powers to fire judges, has become law.

The Commission says it undermines the independence of the courts and therefore EU rules.

“This is a serious issue because the requirements for cooperation within the European Union are the principles of the rule of law. I take what the Commission says on this very seriously,” Merkel told a news conference.

“We cannot simply hold our tongues and not say nothing for the sake of peace and quiet,” she added.

“I’m convinced that the Polish government will be executing its targets despite political emotions that appear in politicians’ statements,” Ziobro told a news conference in Warsaw.

“Every country which is independent within the EU has its own laws and should settle its problems within democratic mechanisms,” he said in remarks broadcast on state TV.

In its reply to the European Commission on Monday (28 August), the Polish foreign ministry said the legislative process of overhauling its judiciary was in line with European standards.

It called the Commission’s concerns groundless and noted that judiciary was the competence of national governments, not the executive.

“We have received the reply from the Polish government. Regarding the point that we have no competence in this sphere, this is something that we would actually quite powerfully refute,” a Commission spokeswoman said.

The Juncker Commission said in July that it would launch legal action against Poland over the judicial reforms.

It also said that if the government started firing Supreme Court judges, the Commission would move to suspend Poland’s voting rights in the EU – an unprecedented punishment which would, however, require the unlikely unanimous support of all other EU governments.

Merkel’s remarks on Tuesday follow openly critical statements from French President Emmanuel Macron, who said last Friday (25 August) that Poland was isolating itself within the EU and that Polish citizens “deserved better” than a government at odds with the bloc’s democratic values and economic reform plans.

In another unprecedented sign of defiance against the EU, the Polish government of the Law and Justice party has also ignored an order by the EU’s highest court to cease logging in the Bialowieza forest.

The court will convene on 11 September to decide how to react to Warsaw’s failure to honour the injunction, the first in EU history.

As the EU’s spats with the PiS government get increasingly tense, the bloc’s member states are due to discuss again this autumn whether the situation in their largest ex-communist peer merits launching an unprecedented Article 7 punitive procedure.

The maximum, however unlikely, punishment under the procedure would be stripping Poland of its voting rights in the EU over not respecting democratic principles on which the bloc is built.