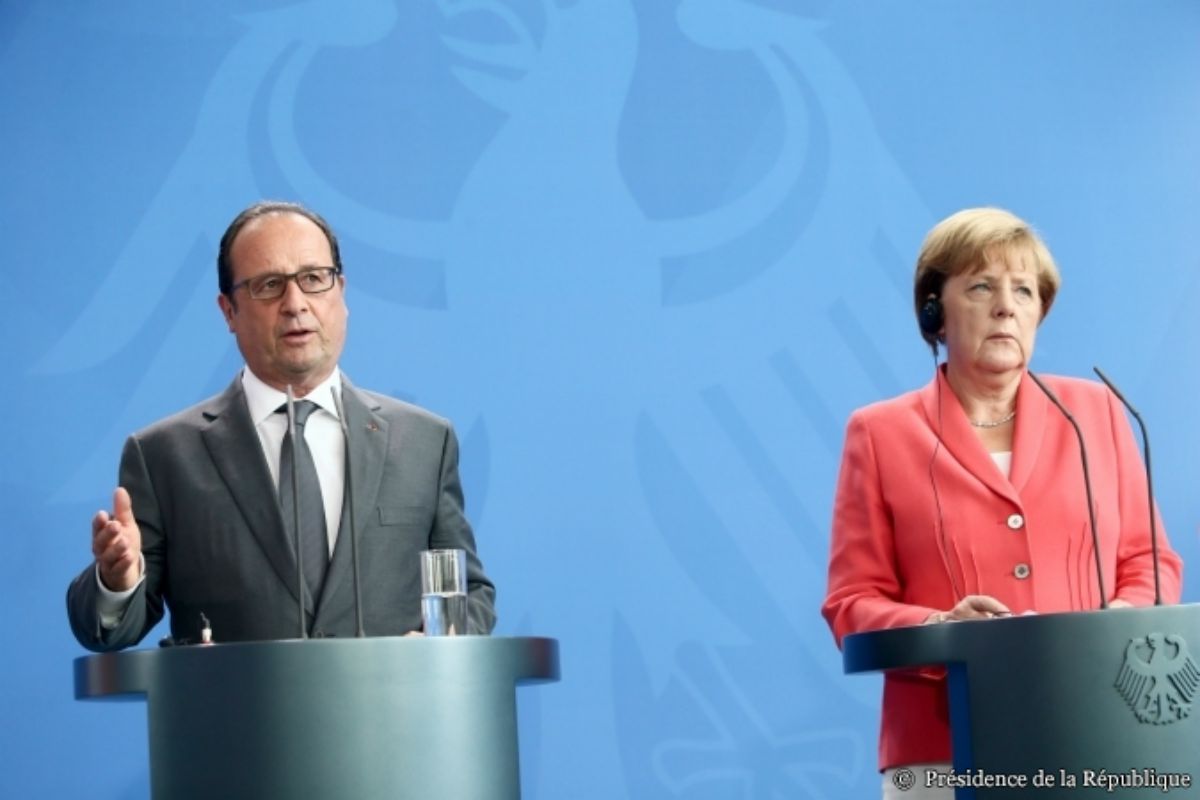 A new wave of migrants began entering the European Union from Serbia Monday (24 August), as the leaders of France and Germany called for a unified response to the continent’s biggest migrant crisis since World War II.

The EU has been struggling to find a response to the unprecedented numbers arriving – from the thousands landing on the shores of Greece and Italy to the hundreds risking their lives to climb onto trucks to travel from France to Britain.

The crisis also threatens to hijack a summit in Vienna of leaders from the Western Balkans region.

“We must put in place a unified system for the right to asylum,” French President Francois Hollande said in a brief statement ahead of talks with German Chancellor Angela Merkel, calling the influx from the world’s crisis zones “an exceptional situation that will last for some time”.

“Rather than wait, we should organise and reinforce our policies, and that is what France and Germany are proposing,” Hollande said.

More than 1,000 migrants and refugees arrived in EU member Hungary late on Monday (24 August), the first in a wave of about 7,000 people who found their gruelling journey to Europe blocked last week, when Macedonia declared a state of emergency and closed its Greek border for three days.

An AFP photographer witnessed them finally arrive in Hungary from Serbia via a cross-border railway track, close to the southern Hungarian village of Roszke.

Their crossing comes just days before the Hungarian government deadline of August 31 for the completion of a razor-wire barrier along the length of its southern border with Serbia – which is not a member of the EU – in a bid to keep migrants out.

Germany, which expects to take in 800,000 asylum seekers in 2015, saw anti-migrant sentiment rear its head over the weekend as violent protests erupted against a refugee home, provoking anger from Merkel.

“It is vile for far-right extremists and neo-Nazis to try to spread their hollow, hateful propaganda but it is just as shameful for citizens including families with children to join them” in the protests, said Merkel in her strongest statement to date against a wave of anti-refugee protests to hit eastern Germany.

In what has become a regular occurrence, Greece’s coastguard said on Monday that it recovered the bodies of two migrants who drowned when their boat sank off its shores. Another five were missing.

A man trying to get into Britain was seriously hurt Monday in northern France, most likely hit by a train, while the Channel Tunnel was temporarily closed after migrants flocked onto train tracks nearby.

And, following the wave of 7,000, at least 2,000 more migrants poured into Serbia from Macedonia overnight from Sunday to Monday, intent on heading north through Hungary to more prosperous European countries such as Germany or Sweden.

Macedonian police last week used stun grenades and batons to stop hundreds of refugees trying to break through barbed wire fencing before apparently deciding to let everyone enter.
Safe countries of origin
With asylum-seekers coming not just from war zones such as Syria but also from countries without military conflict in southeastern Europe, Hollande and Merkel reiterated their calls for Brussels to draw up a list of safe countries of origin.

Germany in particular sees this as a priority, as 40% of its asylum-seekers come from countries such as Albania and Kosovo.

Merkel is travelling Thursday to Vienna, where she will meet Balkan leaders to find out why “so many thousands of people are coming from these countries”, her spokesman Steffen Seibert said.

Other coordinated action sought by Hollande and Merkel includes the rapid setting up of reception centres in overwhelmed Greece and Italy – two countries that have borne the brunt of the crisis – to help identify asylum-seekers and illegal migrants.

Merkel stressed that the centres must be set up at the first ports of call to be administered and staffed by the EU as a whole by the end of the year.

“We cannot tolerate a delay,” she said.

The slow progress by Italy in processing the asylum claims prompted 100 asylum seekers at a reception centre in Milan to stage a road-blocking protest.

The high-profile demonstration triggered a furious reaction from right-wing politicians who have consistently attacked the government over its failure to stem the flow of new arrivals.

Nearly 5,000 people were rescued off the coast of Libya over the weekend, and Italy was on Monday starting to process those applications.

Italian Foreign Minister Paolo Gentiloni, who has warned that the deepening crisis could pose a major threat to the “soul” of Europe, said Monday that “either the EU rediscovers its true self or it disappears altogether”.