European Council President Charles Michel gestures prior to a meeting with German chancellor at the European Commission in Brussels, Belgium, 08 July 2020, upon the presentation of the German programme for EU presidency. [EPA-EFE/KENZO TRIBOUILLARD / POOL]

Under the European Commission’s proposal presented in May, members states would need a majority to block the executive’s decision to halt disbursement of EU funds to countries with systemic rule of law issues.

In contrast, under Michel’s compromise, — which reflects his stance from when negotiations were suspended in February — countries would need to approve the Commission’s proposal to stop the flow of Union money with a qualified majority, potentially making it easier to prevent the EU from taking action.

Instead, he promised more funding for EU rule of law and values projects with a focus on disinformation and media pluralism, more elaborate dialogue between member states, as well as a bigger role for the EU’s auditors.

“It is not our intention to close our eyes or keep our heads down,” Michel told reporters on Friday (10 July.)

“The rule of law is key to the future of the European project.”

“His proposal makes it too easy for Viktor Orbán and others to block the withdrawal of funds in the Council,” Andresen said in a statement.

The 27 national EU leaders meet in Brussels next week to continue haggling over the nearly €2 trillion joint budget for 2021-27 and extra funds to help kick-start growth on the continent following the coronavirus pandemic.

Rule of law was also on the agenda for the European Commission today, as the executive released the eighth iteration of its annual justice scoreboard assessing the independence, quality and efficiency of justice systems in member states.

The Commission’s justice boss, Didier Reynders, said that “efficiency and quality of justice systems, in most member states, continue to improve or remain stable.”

Results on the perception of judicial independence were less encouraging, as it decreased compared to last year.

Governmental and political pressure were the most cited reasons for the decline, followed by pressure from economic or other interests.

The Commission continues to insist that a powerful mechanism to stop the flow of European funds in case of systematic deficiencies in the rule of law is necessary to protect the EU’s interests.

“The rule of law should be the condition for distribution of EU money,” Věra Jourová, Commission vice-president for values and transparency, said in talks among national justice ministers on Monday. 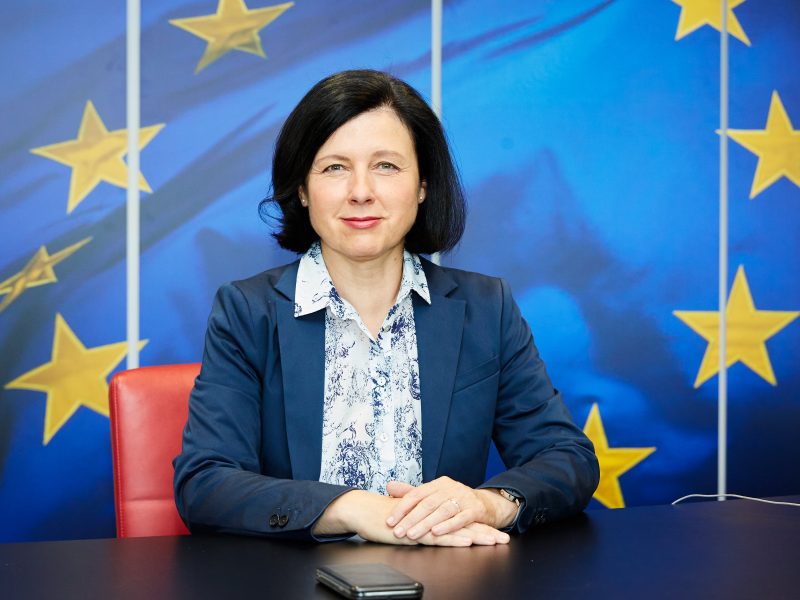 European lawmakers also insist on the importance of budgetary rule of law mechanism and emphasise that the Parliament will have the last word on the budget.

“This is not a process that ends at the Council,” Parliament President David Sassoli recalled in an interview with EURACTIV Italy this week.

However, German Chancellor Angela Merkel dampened MEPs’ expectations about Germany’s enthusiasm for the conditionality rules, under which the disbursement of European funds would be linked with compliance with the rule of law.

At a press conference last week, the Chancellor, whose government took the helm of the European Council from July, said that “to link funds to the rule of law (…) you first need funds.”

In her session with European parliamentarians, where MEPs demanded a clear commitment to conditionality, Merkel paraphrased herself: “The rule of law is an absolute priority” for Berlin, she said, but one must “also create the basis for us to work with.” One would need “a willingness to compromise.”

German Chancellor Angela Merkel was set to take part in a “mini-summit” with the leaders of the EU institutions in Brussels on Wednesday evening (8 July). It is her first trip abroad since the coronavirus crisis started, testifying to how seriously she is taking her second and last German presidency of the EU Council. EURACTIV Germany reports.