British Border Forces vessel HMC Nimrod is moored at Ramgate Port in Ramsgate, southern England, Britain, 07 January 2019. The British Border Force has increased its presence in the English Channel in response to growing numbers of small vessels with migrants trying to cross the Channel over recent weeks. [Neill Hall/EPA]

Taking advantage of hot weather and calm sea conditions, more than 500 migrants have reached England since Thursday (6 August), many in overloaded rubber dinghies.

A Reuters photographer in Dover saw a Border Force boat arrive carrying a group of migrants wearing life jackets. A blue inflatable dinghy was towed in by a separate vessel.

“What is going on is the activity of cruel and criminal gangs who are risking the lives of these people, taking them across the Channel…in potentially unseaworthy vessels,” Prime Minister Boris Johnson told broadcasters.

“We want to stop that, working with the French,” he added.

The Home Office, or interior ministry, has said it would return as many migrants as possible to France. Immigration minister Chris Philp is due to meet his French counterpart in Paris this week.

France says it has already deployed extra resources and that many boats are being intercepted before they cross.

Stephen Hale, chief executive of the charity Refugee Action, said the numbers crossing the sea to Britain -about 4,000 so far this year- were tiny in the context of what he described as a global refugee crisis.

“This is serious for the people concerned, but it’s a modest movement by international standards and it’s certainly something that Britain can cope with,” he told Reuters, contrasting the situation with that of Lebanon, which has a million Syrian refugees.

France received 138,000 asylum applications last year, more than three times the 44,200 that were received by Britain, according to Eurostat.

Many of the migrants seeking to reach Britain come from Afghanistan, Iraq, Syria and countries in Africa, fleeing poverty, persecution or war. Some stand a chance of being granted asylum, while others, considered illegal economic migrants, are unlikely to be allowed to remain in Britain. 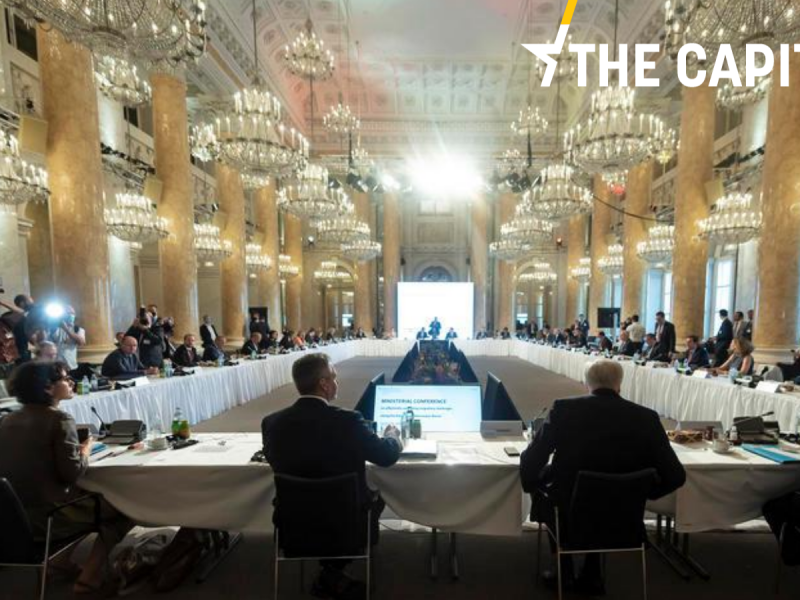 In today’s edition of the Capitals, find out more about the sharp increase in COVID-19 cases in Prague, 93-year old SS guard facing justice, and so much more.

Send out the navy? ​

UK’s interior ministry has asked the military to help deal with the migrant boats, although it has not explained what it wanted them to do.

French lawmaker Pierre-Henri Dumont, who represents the Calais area across the Channel from Dover, dismissed the idea as an attempt by British ministers “to show some kind of muscle”.

“My question is: what for? If a small boat full with migrants is entering the British waters, is the British navy going to shoot at them?” he said in a BBC interview.

Johnson said it was very difficult to send people away when they had arrived illegally, suggesting he wanted that to change. “We need to look at the legal framework that we have, all the panoply of laws that an illegal immigrant has at his or her disposal that allows them to stay here,” he said.

Any attempt to change the rules could be complicated by Britain’s exit from the EU. As things stand, most EU accords still apply during a transition period that will end on 31 December.

Dumont said after that, Britain would no longer be able to send migrants back to EU countries as that was only possible under an EU scheme.

“That will cause a huge increase in the number of migrants trying to cross the Channel,” he said.

Hale said the government was presenting the situation on the south coast as a crisis when it was not.

Restrictions on international travel since March due to the coronavirus have also shut down a government scheme that allowed Syrian refugees to come to Britain from Jordan, Lebanon and Turkey, he added.