After the CSU indicated it did really not want German Chancellor Angela Merkel in the Bavarian state election campaign and invited Austrian Chancellor Sebastian Kurz, both leaders met during a special summit on migration policy on Sunday in Brussels. EURACTIV Germany reports.

As expected, there was no concrete result after the four hours of summit consultations, but from an Austrian point of view, there is cause for optimism.

The important summit result for Kurz: The discussion “goes in the right direction.” Finally, more focus is laid on the protection of external borders and centres in third countries, less on a possible distribution in Europe. For Kurz, the common goal is to ensure that people who make their way illegally are turned away at the European external borders.

Kurz sees the confirmation of his policy, which was already pursued by former Austrian Interior Minister Johanna Mikl-Leitner: “Finally, there was a lot of support from many sides, which we demanded already in 2015, namely that people are not brought to Europe after being rescued in the Mediterranean, but to countries outside the European Union.”

Above all, unity was said to have existed to promote cooperation with the Libyan coast guard – no matter the conditions are in the Libyan camps. European values can be overridden when outsourcing the “refugee problem” on the EU’s external borders.

“If people are in distress 50 kilometres away from Libya then they should not be brought 500 kilometres to Italy, but rather brought back to Libya,” it was said in negotiating circles.

In fact, there has been almost only talk of external border management and cooperation with third countries. Italy’s proposal to overcome the Dublin system was also “discussed marginally.”

“The prevailing opinion is more and more on the issue of external border protection. That is also the solution to the migration issue,” the Austrian Chancellor said. 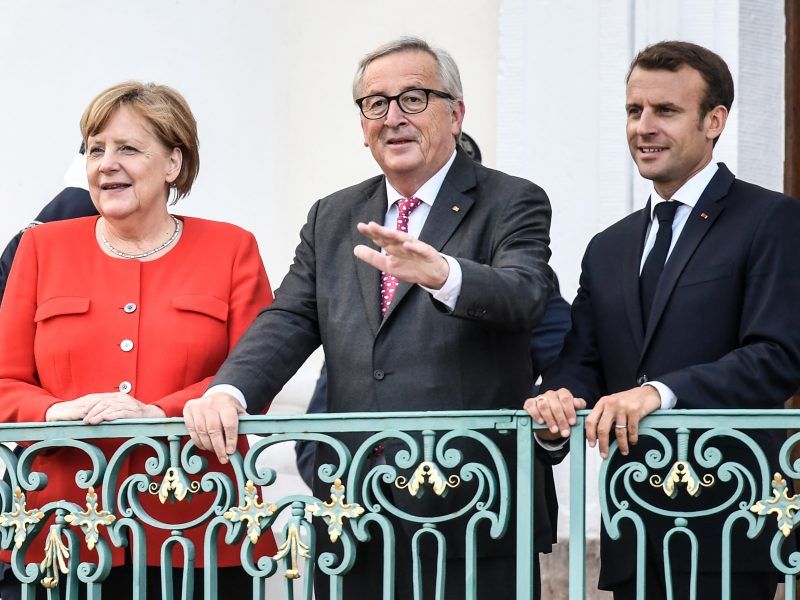 Contrary to all the speculation prevalent in advance, there was no talk of the internal German disputes at the EU meeting. At least not in the plenary. However, Kurz remarked on his way back to Vienna: “As a neighbouring country, I naturally wish that the various governing parties manage to establish a common line in Germany. That would be good for Germany, but also for Europe.”

But as the CSU, of course, did not sit at the table with the leaders, the Austrian Chancellor will now go to the Munich party friends to discuss sentiments. This also applies to the Visegrad group, which refused to come to Brussels. And Kurz sees himself not only as a driving force in the EU debate but also in the role of a bridge builder, as he once again emphasised.