Mogherini called for “clear, safe and legal channels for those in need of international protection to come to Europe”.

“It is a thorny issue, but we must insist,” said the Italian Commissioner, who also devoted much of her speech to denouncing the subhuman conditions of detention centers for migrants in Libya.

Mogherini called for understanding that, beyond border management, it is appropriate to address “the root causes” of the phenomenon that leads people to endanger their lives, such as poverty and war.

“I have heard terrible stories of detention centers in Libya, women, and men marked as animals,” she said. “It is not a tragedy that should be ignored or minimized.”

Although Mogherini stated that “only one death is already too many,” she added that there has been “progress” on all measures taken so far, as witnessed by a “decline in crossings” in the Mediterranean.

She wanted to emphasize in this regard the work in collaboration with UN agencies such as UNHCR and UNICEF, in addition to Frontex, and other European bodies that patrol the Mediterranean to control borders, rescue people and fight the mafias.

Mogherini defended the agreements between the European Union and some African countries, such as Libya, for border management, despite criticism from NGOs that the very trafficking group that she denounces end up accessing those funds. 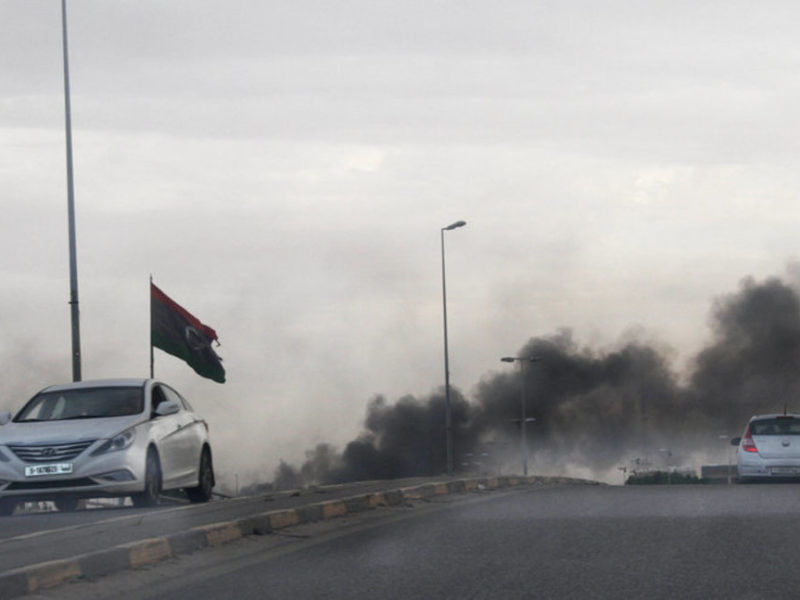 The EU is working to empower personnel in Libya to manage its border, although organizations such as the Proactiva Open Arms report that they are being paid so they do not go to Europe, which further puts pressure to Lybian detention centers.

In that regard, Spanish MEP Marina Albiol said that the EU “is arming and financing those who enslave human beings” with its agreements with countries like Libya or Niger.

“The migration and asylum policies of the EU are no longer to welcome refugees, but to prevent them to reach Europe,” she said.

For Elena Valenciano of the Spanish Socialist Party (PSOE), the biggest problem is that the Council has a short-term strategy and does not think about lasting solutions to the situation.

“The member states want immediate solutions and leave no room for long-term solutions that try to tackle the root of problems,” she said.

For her part, Teresa Jiménez Becerril of the Partido Popular said that refugees deserve more from the EU because “nobody puts their lives and their children’s lives at risk if it is not because they are escaping death”.

In addition, he claimed that, as requested by the European Commission, countries comply with relocation quotas, “which are not a choice, but an obligation”.

The debate was largely influenced by Italian MEPs, given that Italy is particularly affected by the arrival of immigrants and refugees to its shore, and due to the sensitive nature of migration management policies that Italy put into place.

The International Organization for Migration (IOM) estimates that 2,537 people have lost their lives trying to cross the Mediterranean in 2017.

The arrivals by sea to Spain, although far from the Italian figures, have increased this year. According to UNHCR, 9,738 people arrived on the Spanish coasts until 16 August, compared with 8,162 in 2016.