Mogherini: Refugees came because agencies on the ground were underfunded 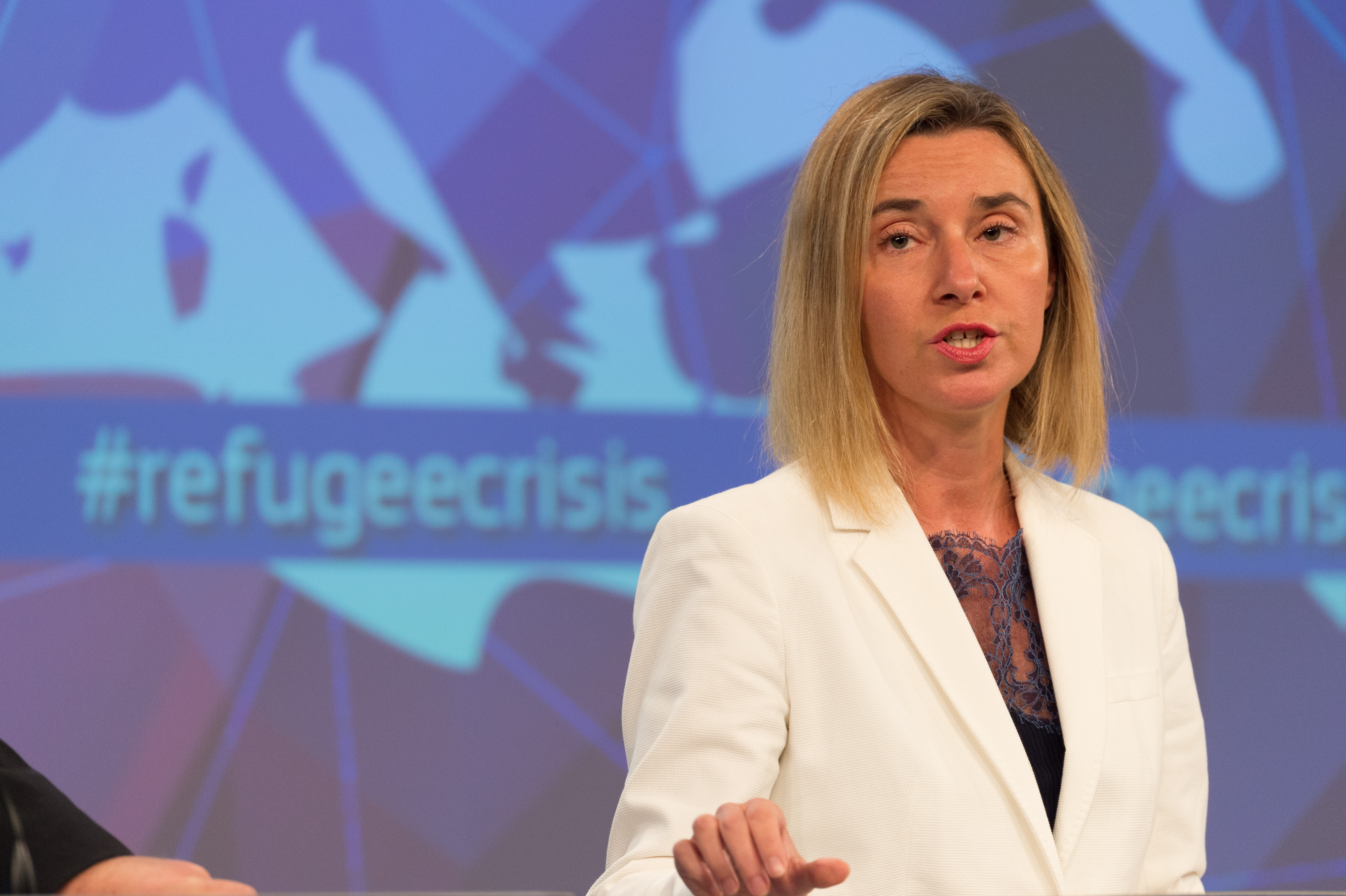 Federica Mogherini speaking to the press on 23 September. [European Commission]

She said that the unprecedented wave of refugees came to Europe because agencies in countries neighbouring Syria were underfunded.

The question why the refugee crisis hit Europe, now, has been posed many times to EU officials. On Wednesday, Mogherini cited at least one important reason, but declined to name culprits.

It is not a major secret that the EU, and the international community in genera,l had watched with some indifference the plight of Syrian refugees stranded in camps in the region, especially in Turkey, Lebanon and Jordan.

Many of the refugees are fleeing the conflict in Syria, but more numerous are those who have left squalid refugee camps in countries bordering Syria where this year, the World Food Program had to halve the amount of food aid because of funding cuts.

“Some of you ask – why is it that now so many refugees come to Europe. One of the reasons is that the agencies operating on the ground have experienced cuts in the last months,” Mogherini said.

She added that this was why the EU executive decided today to restore that funding, with the aim of improving the conditions for refugees in the region.

Speaking alongside Mogherini, Budget Commissioner Kristalina Georgieva said that the Commission mobilised an additional €1.7 billion, which amounted to doubling the financing to deal with the refugee crisis.

The EU is ready to mobilise €1 billion for Turkey, a Commission paper says, confirming earlier information seen by EURACTIV. It is assumed that most of the refugees come to Europe from camps in Turkey.

Asked by EURACTIV why it took so long for the EU to admit to the funding cuts, which the agencies on the ground have undoubtedly protested, including to the Commission, Mogherini said she was not going to enter into a blame game.

The situation was known, and the EU has provided considerable finances to the agencies on the ground, not only the UNHCR and World Food Program, but also smaller organisations, Mogherini said. The support for those organisations has been very high from the beginning of the Commission’s mandate, she added.

“I don’t like blame games, this is not constructive. I like calls to action or calls to responsibility. Our Syria trust fund is there since several months now. For the moment, it is aimed at dealing with the refugees from Syria. So far it is supported by the EU money and funds, by two member states. All other partners in the world that want to contribute, that call for major investments on the ground, are kindly invited to do so. It’s free,” Mogherini said.

Speaking one hour later in front of the press, Commission President Jean-Claude Juncker said that if the EU funds to deal with the refugee crisis were not enough, and if more funds could not be released due to the strict procedures, EU member states were invited to contribute.

2 responses to “Mogherini: Refugees came because agencies on the ground were underfunded”