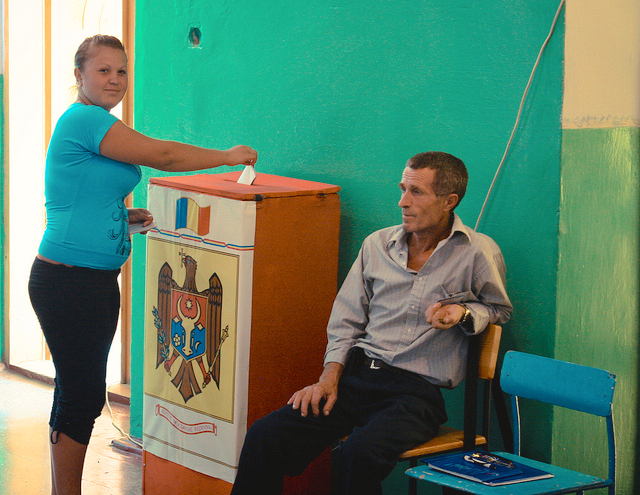 EU institutions have decided to grant visa-free travel rights to Moldovan nationals today (3 April), who will now be able to travel to the Union’s border-free Schengen area, if they hold a biometric passport.

Following a recent European Commission proposal, the European Parliament, and member states, have taken the final step to transfer Moldova to the list of countries whose nationals are exempt from the visa requirement. It is expected that the amendment of Regulation 539/2001 will enter into force on 28 April.

Commissioner for Home Affairs Cecilia Malmström called this step “a great achievement and the beginning of a new chapter” in EU-Ukraine relations.

The country of 3.5 million inhabitants, which participates in the EU’s Eastern Partnership initiative, launched its so-called “Visa Dialogue” aimed at achieving visa-free travel in June 2010, and attained this objective in less than four years.

“This shows that the efforts by the Moldovan authorities have paid off, and that the EU is committed to deliver on engagements with third countries wishing to work with us”, Malmström said.

The commissioner also said that the Moldova case was “an excellent example” for other countries of the region, “demonstrating that a strong political commitment and the effective implementation of reforms bring tangible results”.

Many Moldovans already enjoy visa-free travel, as reportedly some 400,000, if not more have obtained Romanian passports, the neighbouring EU country being very generous in granting its nationality to Romanian-speaking Moldovans.

Having learned the bitter lesson of procrastinating with Ukraine, EU leaders decided last December to put Georgia and Moldova on a fast track [read more]. At their 20-21 March summit, EU leaders decided to sign the AA with Moldova and Georgia no later than June 2014.

As with Ukraine, Moldova has been threatened by Russia with dire consequences if it follows the EU track. Last September, Russia banned wine exports from Moldova citing “food safety concerns”. But a much more serious blow to the Moldovan economy, experts say, would come from a Russian ban on products such as fruit or vegetables, as well as restrictions on Moldovan migrant workers.

Some Russian statements suggest that Moscow could impose restrictions on Moldovan nationals working in Russia. Seasonal workers abroad contributed €2 billion to the Moldovan economy this year. And 60% of that amount came from migrants working in Russia.

EU diplomats generally believe, however, that given Moldova’s relatively small size, it would not be difficult for the Union to help Chisinau if needed. Last week, the European Parliament voted to lift import duties on Moldovan wine from this week onwards, in an effort to make up for lost exports to Russia.

0 responses to “Moldovans to travel visa-free to the EU”