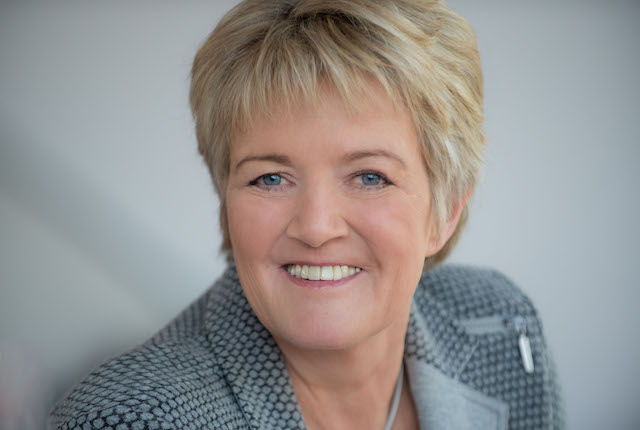 German MEP Birgit Collin-Langen (EPP) is quitting her second job on the board of energy giant RWE. Collin-Langen announced she’ll leave RWE’s board after an investigation came out on Wednesday (18 June) that put MEPs’ additional sources of income under the spotlight.

The investigation highlighted financial declarations from nine MEPs scattered across the political spectrum. Legislators are allowed to have second jobs. There’s no indication that Collin-Langen broke the law. But they do have to disclose their earnings under Parliament rules.

Corporate Europe Observatory, Friends of the Earth Europe and LobbyControl, which partnered on the report, called into question those lawmakers impartiality because of their work in the private sector.

>>Read: Almost half of French MEPs have second jobs

Collin-Langen told EURACTIV she’s giving up the job to avoid a misinterpretation of her connection to RWE, though she maintains it never compromised her work in parliament.

The NGOs criticised Collin-Langen’s activity on the Parliament Committee on the Environment, Public Health and Food Safety (ENVI) in light of her work with RWE.

“I’m leaving the advisory board of RWE to avoid any appearance of conflict of interest. It’s clear that there weren’t and aren’t any conflicts of interest between my activity on the board and in the environment committee,” Collin-Langen said.

The NGO report alleges that for fees in the monthly range of €500-1000, Collin-Langen went to bat for RWE-friendly environmental policies.

Her amendments to a report on the Emissions Trading Scheme earlier this year suggest a closeness to RWE’s stance against carbon leakage, according to the document.

Collin-Langen defends those amendments as unexceptional since, as she says, they were supported by other EU negotiators.

“These amendments are in agreement with the conclusions of the European Council from 23-24 October 2014 on the 2030 framework for climate and energy policies,” she said.

The European Council proposed a minimum 40% drop in greenhouse gas emissions compared to 1990, along with a renewable energy share of at least 27% by 2030 and energy efficiency measures.

The campaigners behind the report are now calling for tightened checks on MEPs’ conflicts of interest. They say the current rules give lawmakers too much wiggle room.

“It isn’t that we have proof that the income they received from these companies or lobby groups directly led them to change the way they acted as MEPs,” said Corporate Europe Observatory campaign coordinator Olivier Hoedeman.

“But there’s the risk of that and that risk has to be tackled.”

Hoedeman says the Integrity Watch platform came in handy for ranking MEPs according to income. From there, the NGOs started looking at where the money was coming from.

Corporate Europe Observatory and its partners say they’ve been in contact with all of the MEPs they profiled in their report. One responded with a correction.

According to Hoedeman, Polish MEP Michal Boni (EPP) made a mistake on his 2014 financial declaration. That document shows his work for Polish business association Lewiatan, a member of lobby group Business Europe, earned him between €1001-5000 per month.

Boni’s office confirmed to EURACTIV that he stopped working for Lewiatan in the first half of 2014.

The NGOs are now demanding answers from Parliament.

Hoedeman says Parliament’s failure to detect Boni’s mistake on his financial declaration indicates the institution’s shoddy oversight on MEPs’ income, although a code of conduct is in place mandating they report earnings.

“Somebody being employed by the Polish member of BusinessEurope, that’d be something where you’d ask for clarification on how that can be combined with the work of an MEP,” Hoedeman said.

The report also calls out a few MEPs who kept their financial disclosures vague, describing their work as “consultants” or “experts” without saying who they worked for.

MEPs who break the code of conduct can be sanctioned if the President of the Parliament signs off on the measures.

In 2007, German former MEP Rolf Linkohr was forced to vacate his seat in Parliament after he failed to respond to a Commission request for details on his connections to an energy lobbying consultancy.

Parliament's code of conduct for MEPs

0 responses to “Moonlighting MEPs under scrutiny for conflict of interests”