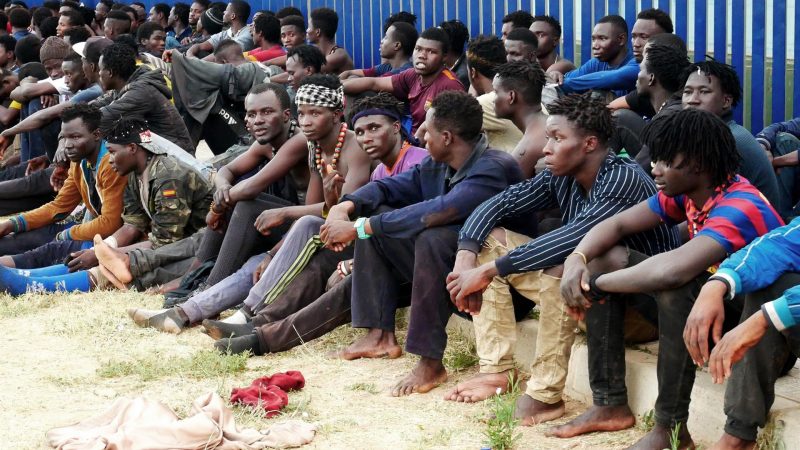 Equipped with hooks, some 300 migrants attempted to jump over the six-metre high fence. [EFE/Paqui Sánchez]

Over 230 migrants from Sub-Saharan Africa arrived in Melilla in the early hours of Thursday after jumping the border fence between Morocco and the Spanish North African enclave. EURACTIV’s partner EFE reported.

Equipped with hooks, some 300 migrants attempted to jump over the six-metre high fence, but only 238 managed to cross to the other side, leaving several injured, according to the central government’s delegation in Melilla.

Three civil guards who attempted to stop the migrants from jumping over were injured in the incident, which took place in the early hours of Thursday (22 July).

Yelling “victory” and “asylum”, the more than 200 migrants walked through the city of Melilla to reach the temporary migrant centre, where they will have to quarantine due to the coronavirus pandemic.

Last week, two groups of more than 100 migrants managed to jump the fence despite the Spanish border being reinforced with more agents following an influx of migrants from Morocco in May this year.

The breach coincides with the Islamic holiday Eid al-Adha, which is also a holiday in Melilla.