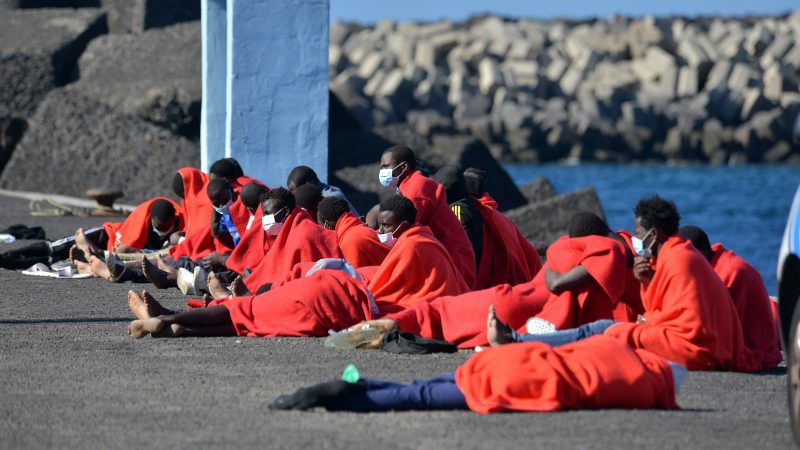 Several migrants rest at the port after their boat, with 65 people on board, reached La Restinga, in El Hierro island, Canary Islands, Spain, 6 December 2020. [Gelmert Finol/EPA/EFE]

Morocco has rebuffed a European Union request to take back third-party nationals who reach Europe from the North African kingdom, its interior ministry said on Tuesday (15 December).

EU migration commissioner Yiva Johansson visited Rabat this month to seek a readmission agreement allowing the 27-nation bloc to return migrants to Morocco in the face of a surge in arrivals to Spain’s Canary Islands. 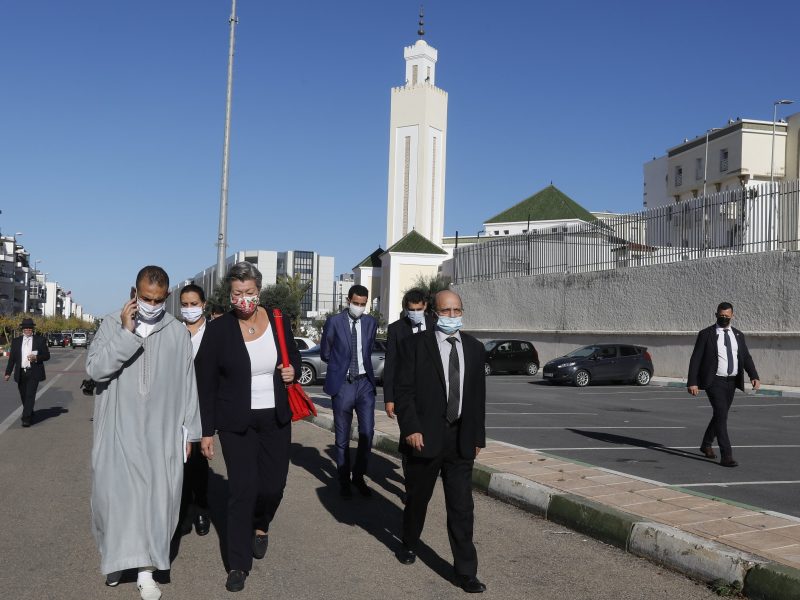 The request was rejected, the Moroccan ministry said. “Morocco is not into the logic of subcontracting and insists that each country accepts its responsibility towards its nationals,” Moroccan migration and border control chief at the Interior Ministry Khalid Zerouali said by email.

Morocco readmits an average of 15,000 of its own citizens who are sent home by the EU every year. It also agreed in 1992 to accept third-party nationals from the Spanish enclaves of Ceuta and Melilla, providing it is within 24 hours.

Morocco has stopped 32,000 people from crossing into Europe – located as close as 14 km (9 miles) away across the Strait of Gibraltar – this year, Zerouali said. That compares to 74,000 attempts last year.

Tighter Moroccan patrols along the northern coast and the effect of COVID-19 border closures have pushed trafficking networks to shift their routes towards the Canary Islands, 1,400 km (870 miles) off the African coast, Zerouali said. 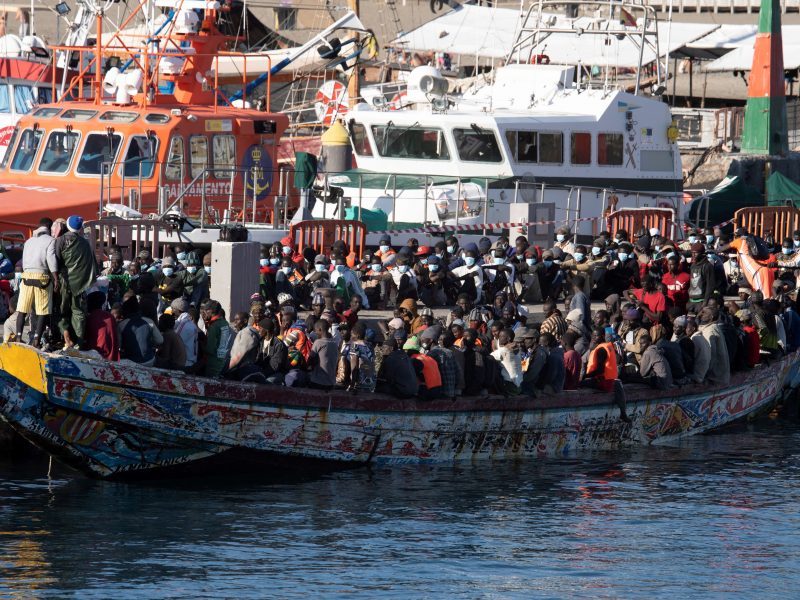 More than 1,600 African migrants have landed on Spain’s Canary Islands over a two-day period, a rate last seen a decade ago, emergency services said Sunday.

The number of migrants illegally reaching the Canary Islands this year – 20,000 – was 10 times larger than last year, according to Spanish authorities. Johansson said half those arrivals were thought to have come from Morocco.

Hundreds of people have died this year while making the perilous crossing to the Spanish islands in the Atlantic Ocean, often in rickety, overcrowded boats with unreliable engines, according to the International Organization for Migration.

The EU has given Morocco €343 million since 2018 to help it counter illegal migration.

Financial and technical support for Morocco is warranted by a “shared responsibility between partners facing common challenges and threats”, said Zerouali.