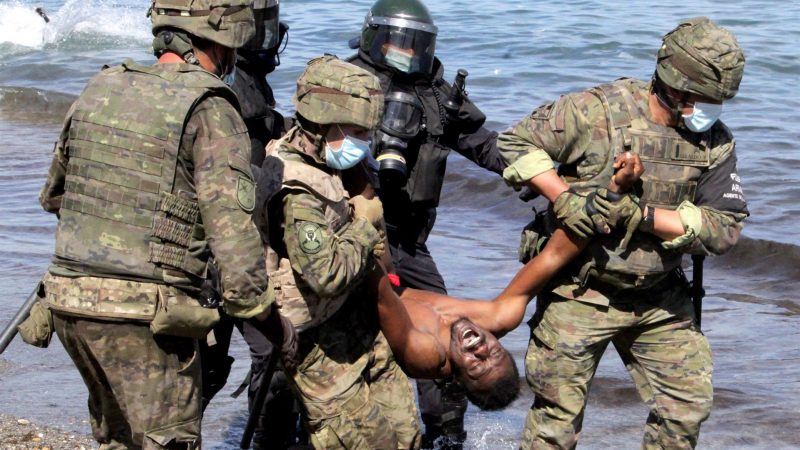 Moroccan border guards have sealed off the crossing into Ceuta following days of an abrupt migrant crisis that saw over 8,000 people enter the Spanish enclave. EURACTIV’s partner EFE reports.

Rabat has yet to officially comment on the events this week after predominantly Moroccan migrants managed to enter Ceuta by swimming or wading around the Spanish border fence or cutting through it after having been granted a free pass through Moroccan border controls.

The atmosphere had changed by early Wednesday (19 May) when EFE confirmed that the hundreds of people gathered at the coastal Tarajal border in the south of Ceuta, had turned back towards the adjacent Moroccan town of Fnideq. However, Moroccan police prevented others from approaching the area.

Spanish authorities have returned 4,800 of the migrants who entered the country from Monday to Tuesday, but at least 1,500 unaccompanied minors have been taken into provisional holding centres in Ceuta.

The unanticipated crisis prompted Spain to deploy troops and reinforce its 1,100-strong border force in Ceuta. Prime Minister Pedro Sánchez flew to the territory on Tuesday and pledged his government would restore order. 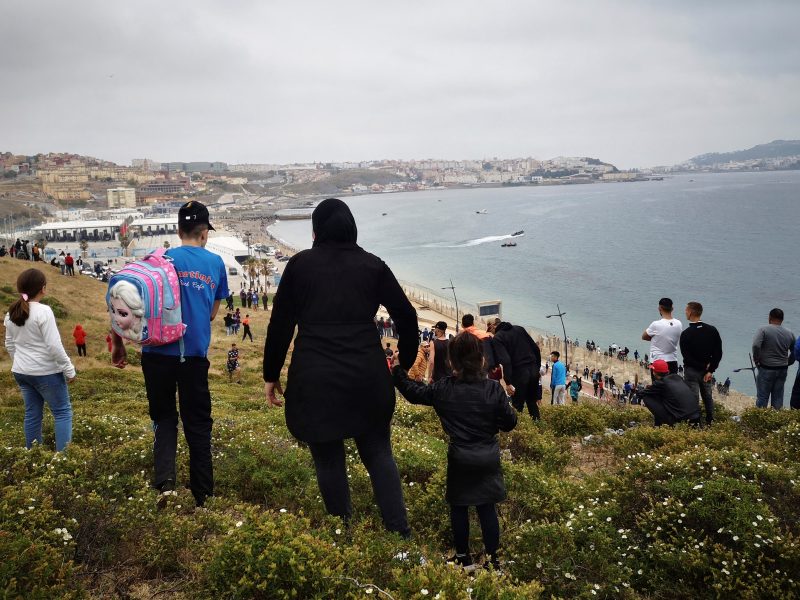 The Vice-President of the European Commission Margaritis Schinas on Wednesday sent a strong message to Morocco.

“Europe will not be intimidated by anyone on the issue of migration. In recent months we have seen attempts by third countries to instrumentalise this issue and we will make it very clear that no one can blackmail the European Union. We are too strong to be victims of these tactics that are not admissible in today’s Europe,” Schinas told Spanish public radio broadcaster RNE.

The border crisis comes amid a broader diplomatic spat between Madrid and Rabat over Spain’s decision to provide medical treatment to Brahim Ghali, the leader of the Polisario Front, a Western Saharan separatist group in conflict with Morocco.

As the dust settled on Wednesday, Spanish Foreign Minister Arancha González Laya said Madrid did not want to “fuel” tensions with Rabat but defended the “humanitarian” treatment being offered to the Polisario leader.

“These are moments to keep a cool head,” she told Spanish national radio.