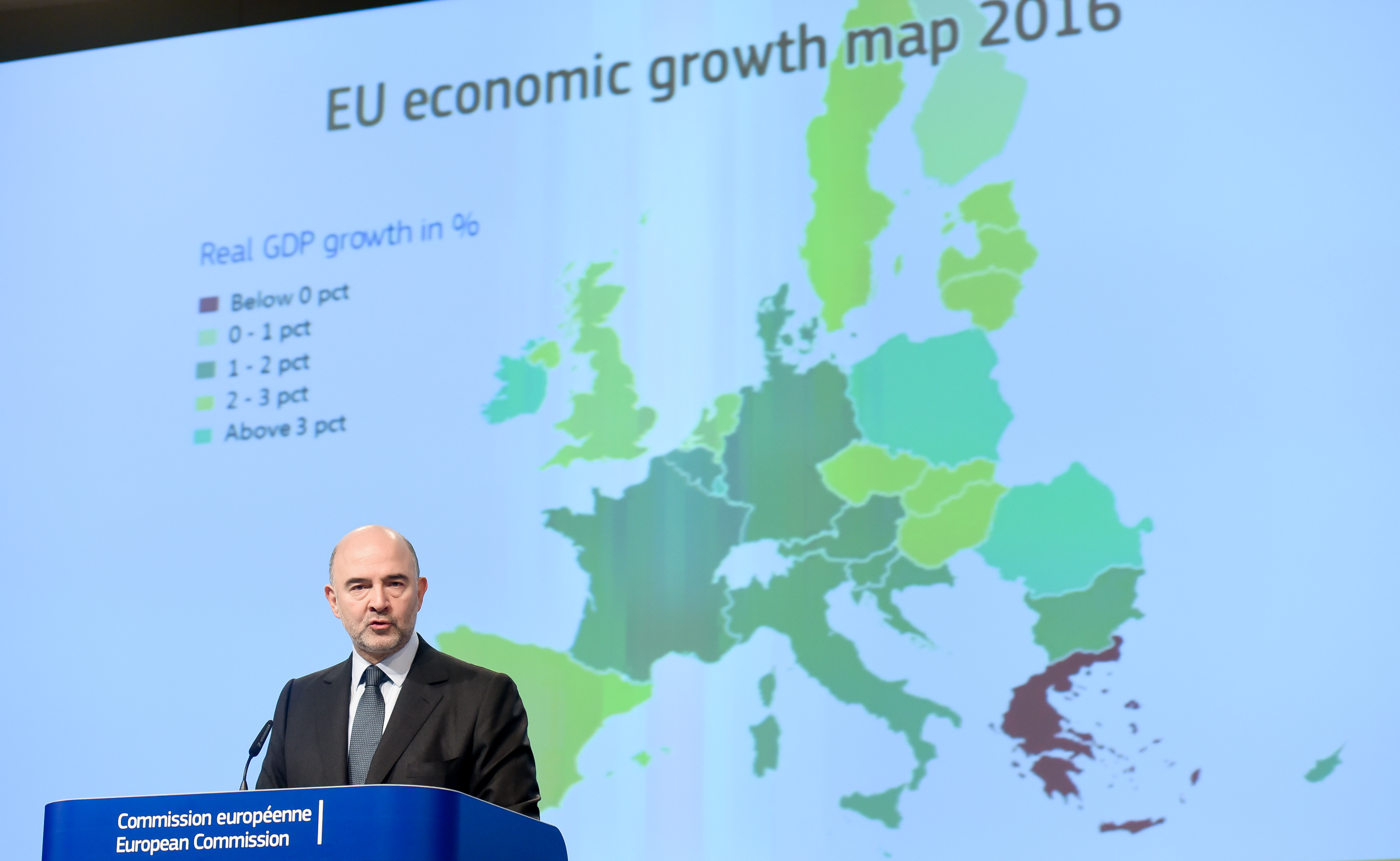 Three million migrants fleeing war and poverty are seen entering the EU by 2017 in a development likely to have a marginal positive impact on the economy, the European Commission said yesterday (5 November).

In its first ever assessment of the economic effect of Europe’s biggest migration crisis since World War II, the Commission said the influx could boost gross domestic product by 0.2 to 0.3%.

Pierre Moscovici, Commissioner for Economic and Financial Affairs, said the “weak but positive” economic effect of the migrants could help offset growing hostility towards them.

“It means you can’t say the influx of refugees is likely to have a negative impact or kicking people out of the labour market,” Moscovici said, unveiling the Commission’s autumn economic forecast.

“That will combat a certain number of received ideas and backs the politics of President (Jean-Claude) Juncker,” who has pushed for the EU to do more to help them.

The European Commission, the executive arm of the 28-nation European Union, said it expected one million migrant arrivals in 2015, soaring to 1.5 million in 2016 then decreasing to half a million in 2017.

That would represent a 0.4% EU population increase once unsuccessful asylum applications were taken into account, it said.

The new arrivals would give a short-term boost to growth from higher government spending on new asylum seekers, the executive said.

That would be followed by a medium-term boost, because of an increase in the number of workers available “provided the right policies are in place to facilitate access to the labour market”, it said.

Generally, the eurozone economy is to continue its moderate recovery over the next two years following the Greek bailout crisis, despite headwinds from the wider global economy, the Commission stated.

But Dombrovskis said it was important to keep up the pace of reforms across the eurozone.

“This is important, particularly against the backdrop of a slowing global economy, continuing tensions in our neighbourhood and the need to manage the refugee crisis decisively and collectively,” he added.

Greece, which has seen more than 600,000 people landing on its shores this year, remains a worry, with the economy seen slipping back into recession in 2015 following months of crisis over its bailout. which resulted in capital controls that shut banks for weeks.

The Greek economy is predicted to remain in recession in 2016, but the new eurozone bailout programme is expected to bring a return to growth in 2017, it said.

Spain’s deficit is meanwhile likely to be higher than forecast even recently, adding to concerns that led Brussels last month to order Madrid to present a new budget that will be closer to EU rules.

The EU limit for deficits is 3.0% of gross domestic product, but Spain’s is forecast to be 3.6% in 2016, higher than the 3.5% predicted only three weeks ago, the forecast said.

France’s troublesome deficit is meanwhile not expected to fall below three percent in 2017, adding to concerns over its repeated breaches of the EU’s fiscal targets.