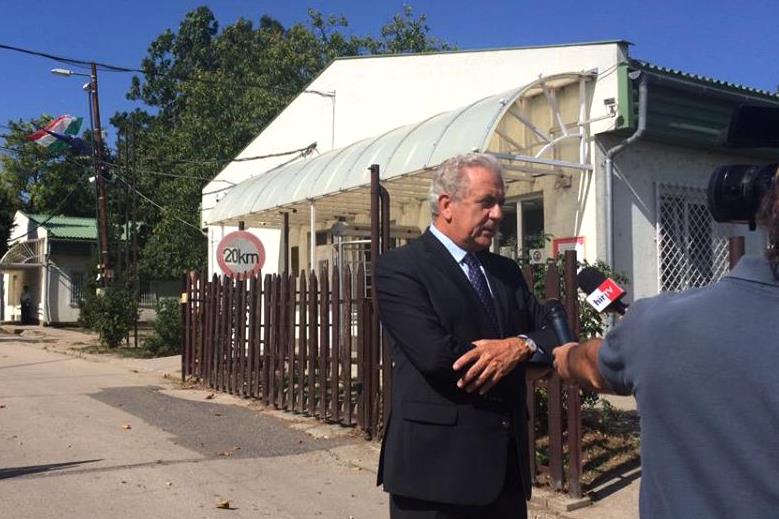 Given the continuing refugee crisis, the European Commission wants to secure the EU’s external borders with a European border surveillance system. Until it can be implemented, Frontex will commit extra personnel. EURACTIV Germany reports.

The European Commission will protect the external borders more effectively with border teams. EU migration commissioner Dimitris Avramopoulos told Die Welt on Thursday (17 September), “The Commission will, by the end of the year, put forward a proposal for a European Border Guard System. “The aim is that multinational border guard teams monitor the external borders of the EU.”

These multinational teams would improve border security and be an example of pan-European cooperation. In this scheme, “German and Greek border guards could be active together in Greece or Italy,” Avramopoulos told the German newspaper.

In the short term, however, EU border protection agency Frontex should strive to provide better border protection. The Commissioner added that, “Frontex will shortly be sending additional emergency personnel, in the form of Rapid Border Intervention teams, to secure the critical points of the external borders.”

The Rapid Border Intervention teams are multinational emergency response units. They are only used in exceptional circumstances in isolated areas of the EU borders. Avramopoulos’ proposed border protection teams could be modelled after them, allowing the emergency units to be utilised every day.

The Greek Commissioner warned against the effects of the Hungary-Serbia border closure. There is “a risk that the situation on the border between the two countries could escalate.” Furthermore, “we must do all we can to avoid a serious conflict.” Serbia is currently complying with applicable immigration rules.

“I hope that Hungary is aware of its responsibility,” stressed Avramopoulos. He called upon Hungary to reopen its borders, since the country is a part of the European Union and should, therefore, “act in accordance with EU law.” “Rigorous closure of borders and putting up fences are not the right answers. This is not in keeping with the European spirit,” said the Commissioner.

Regarding the dispute over quotas, the Migration and Home Affairs Commissioner said that he was “fairly optimistic that at the meeting of EU interior ministers next Tuesday (22 September), a breakthrough can be achieved and a fair distribution of refugees within the EU can be agreed upon.” It is “absolutely urgent” that a pan-European solution be found to the crisis.

When asked about the closure of the border between Germany and Austria on Sunday (13 September), Avramopoulos replied that the situation should “last a maximum of two months, no longer”. Germany has invoked article 25 of the Schengen agreement in an attempt to crack down on the influx of refugees entering the country.

On Thursday (17 September) afternoon, Avramopoulos would be meeting in Bavaria with Germany’s Minister of the Interior, Thomas de Maizière, to discuss the reception of refugees on their border with Austria.

0 responses to “Multinational border protection teams to be rolled out”