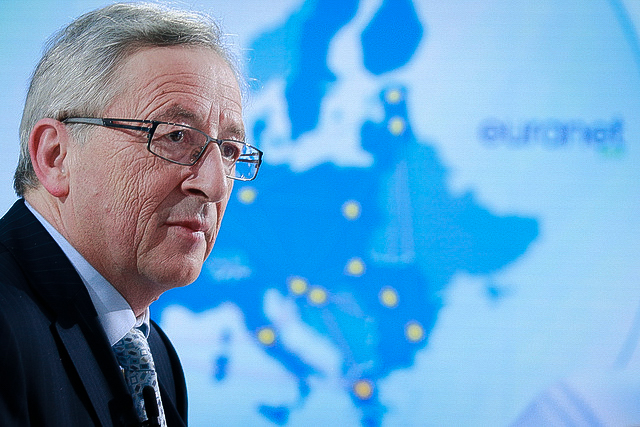 The European Commission proposed today (13 May) taking in 20,000 refugees over two years and distributing them across Europe but giving Britain, Ireland and Denmark the option not to accept any.

Shocked by the deaths of migrants from North Africa trying to reach Europe across the Mediterranean, the European Union is trying to put in place a fairer way to resettle asylum-seekers at a time when anti-immigrant parties are on the rise.

Italy and other southern European countries are clamouring for EU help to deal with the influx but, while Italy, Germany and Austria back a quota system, some EU states are opposed.

“No country should be left alone to address huge migratory pressures,” European Commission President Jean-Claude Juncker said on his Twitter account after the proposals were published.

Under a quota scheme based on country size, economic output and other measures, Germany would take the most migrants followed by France and Italy, assuming Britain opts out.

Hours before the plans were unveiled, British interior minister, Theresa May, criticised the EU’s approach, saying that by not sending economic migrants back, the bloc was encouraging them to come.

His right-hand-man, Frans Timmermans, told a news conference that returning some migrants was still part of the EU’s policy and that Britain’s May “can rest assured” that not all refugees will be granted asylum.

Britain, Denmark and Ireland have exemptions on matters concerning asylum, immigration, visas and external border controls based on protocols agreed in the EU’s Lisbon treaty.

Sweden, which after Germany received the most asylum applications in Europe in 2014, will take about 3%.

>> Read: The facts about asylum seekers in Europe

The Commission’s formal proposal to EU governments will come at the end of the month.

Legal migration on the back burner

In its paper, the Commission makes a brief mention of a new policy on legal migration as one of the “pillars” of the new Agenda on Migration, but makes no proposals in this direction. The reason appears to be that the EU executive got the message after EU leaders at their last summit on migration, held on 23 April, rejected the idea (see background).

“The focus is on maintaining a Europe in demographic decline as an attractive destination for migrants, notably by modernising and overhauling the Blue Card scheme, by reprioritising our integration policies, and by maximising the benefits of migration policy to individuals and countries of origin, including by facilitating cheaper, faster and safer remittance transfers,” the paper reads.

The Blue Card is an approved EU-wide work permit (Council Directive 2009/50/EC) allowing high-skilled non-EU citizens to work and live in any country within the European Union, excluding Denmark, Ireland and the United Kingdom, which are not subject to the proposal.

Development issues, which were mentioned in the five-point on immigration, presented by Juncker, then candidate for Commission President, on 23 April 2014 in Malta, do not appear in the Agenda on Migration.

“Today we have seen the European Commission take a first step in shifting its Fortress Europe attitude towards the refugee crisis, but it will need to be implemented expansively and with the full backing of all EU member states,” said John Dalhuisen, Amnesty International Director for Europe and Central Asia.

“The Agenda on Migration not only contains a clear recognition of the need for effective search and rescue operations to save refugees and migrants from drowning at sea, but also acknowledges that alternative safe and legal routes are essential to reduce the number of people forced to put their lives in the hands of smugglers in order to reach safety in Europe.”

The EU must agree the rather limited migrant relocation plan proposed today by the European Commission, said the European Trade Union Confederation (ETUC).
“The Commission has boosted its leadership credentials by proposing a European-wide relocation plan” said Luca Visentini, ETUC Confederal Secretary. “At least the European Commission is trying to promote an EU response to the humanitarian crisis in the Mediterranean.”
“It is disappointing that the plan does not address the need for increased efforts to save lives at sea including to widen the mandate of Frontex for search and rescue.”
“EU member states should strengthen, and not water-down, these proposals” said Visentini. “I urge all EU member states to fully participate and to not to take up opt-outs.”
The ETUC also supports the proposed talks between European and African countries to tackle the crisis, but warns that hopes of cooperation with Libya is unrealistic.

Meeting on short notice for an extraordinary summit on 23 April 2015, EU leaders dealt Juncker, now Commission President, a double-blow on immigration. Firstly, his proposal for legal migration was not supported. Second, he tried to secure resettlement across Europe for 10,000 refugees. Instead he had to settle for a first voluntary pilot project on resettlement for those qualifying for protection.