Italy’s coastguard said yesterday (24 October) that another 16 people had died during operations in which 2,200 migrants were rescued off Libya, propelling both deaths at sea and the numbers arriving in Italy towards new highs.

On the day France began dismantling the Jungle camp in Calais, the coastguard in Rome said the 2,200 migrants, and the corpses, had been picked up in operations to help save 18 rubber dinghies and three small wooden boats from sinking. 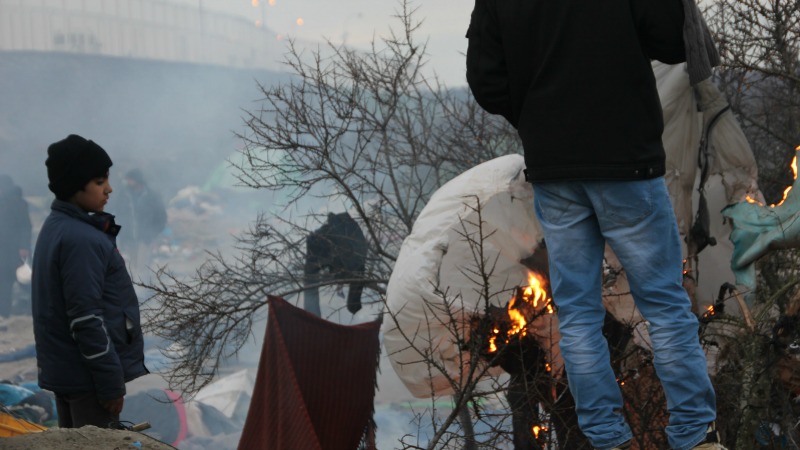 The rescues follow weekend operations in which 17 bodies, including those of four children, were recovered and some 4,000 people were pulled to safety.

Those victims’ bodies arrived at Palermo on Monday, along with over 1,100 survivors who sang hymns, danced and clapped as they sailed into the Sicilian port.

Starting with the sick, women and children, several hundred of the mainly African group were disembarked from the Siem Pilot, a Norwegian ship working for the European borders agency Frontex’s Operation Triton.

The rest were to stay on board overnight to ease the pressure on pier-side staff processing the new arrivals.

The interior ministry, which only counts those who have been registered, said the latest arrivals lifted to more than 153,000 the total number of asylum seekers and economic migrants who have arrived in Italy since the start of this year.

That equals 2015’s full-year tally with more than two months to spare. Monday’s rescuees and about 1,000 people due to disembark on Tuesday will lift the total further, suggesting the record of 170,000 set in 2014 could be broken.

This year has also seen crossing of the Mediterranean become more dangerous with some 3,700 people known to have died, the bulk of them on the Italy-Libya route, according to the UN.

More than 10,000 people have died crossing the Mediterranean to Europe since 2014, the UN said yesterday (7 June), as the EU unveiled fresh plans to stem the migrant flow from Africa.

The number of unaccompanied children has also risen sharply and pressure has grown on Italy’s overwhelmed reception centres as a result of the country’s neighbours tightening their border controls.

Some 88,300 unaccompanied minors sought asylum in the European Union in 2015, 13% of them children younger than 14, crossing continents without their parents to seek a place of safety, EU data showed on Monday (2 May).

‘Stories give us nightmares’

Among those arriving in Sicily were survivors of an incident on Friday morning when a rubber dinghy was attacked by men in a Libyan coastguard speedboat.

Up to 50 migrants went missing after a large rubber dinghy sank in the Mediterranean Sea, Italian rescuers said on Wednesday (12 August), while more than 1,500 were picked up from other vessels in the past 24 hours.

The attack, aimed at stealing or reclaiming the outboard engine of the dinghy, resulted in most of the passengers jumping into the water and the dinghy partially deflating. An unknown number, possibly as many as 25, drowned.

In a separate incident at least ten people including four children drowned on Saturday morning during a rescue by the Doctors without Borders (MSF) charity’s boat, Dignity One.

Alhaji Kutubu Sankoh, from Sierra Leone, told an AFP reporter on the Siem Pilot that he had left his home and begun the perilous journey over land and sea to Europe after his father died of Ebola.

“People stigmatise us so much, our family,” he said while admitting that he would not advise anyone else to make the same journey.

“I wouldn’t allow any of my family to use this road… it’s very tough.”

A MSF psychological team waited on land to provide counselling for the survivors from the most traumatic incidents at sea. “Their stories give us nightmares,” the charity said in a tweet.

Exhaustion and hunger were the most pressing concerns for most on the Siem Pilot.

Despite the fatigue, they were still able to raise a great cheer when informed by the crew that they were within an hour of the Sicilian port.

Modoulamin Camara, 24, said he had left the Gambia in July and travelled by car to Senegal, then by bus through the vast expanses of Mali and Niger and on by pick-up truck to Tripoli, the Libyan capital.

In Tripoli he paid around $700 to get on a boat with more than 150 other people.

“We suffered a lot, there were women in pain who had to be carried off. We left at 7AM in the morning and were rescued at 5PM. I thank God I’m alive because too much pain,” he said.

“I was beaten from Niger to Libya. I want to stay in Italy. I’m a carpenter but my dream is to play football professionally. I’m really good!”