New ‘European Border Guard’ system to be agreed by 30 June

EU interior ministers formally agreed yesterday (21 April) on a proposal for a new border and coastguard force that could intervene in under-pressure countries like Greece to slow the influx of migrants.

The proposal must now go to the European Parliament for approval which officials said could come by June to allow the new force to be operational by the end of the summer.

Brussels also played down concerns that the new force would impact national sovereignty, saying individual countries would have to give their consent before it intervened.

“Today, the council has reached an agreement on the European border and coast guard,” EU Migration Commissioner Dimitris Avramopoulos told a news conference after the ministers met in Luxembourg.

“If we keep up this pace I have confidence we will be able to finalise the legislative process by June.”

In December, EU leaders set a 30 June deadline for agreement on the new force, a key part of the bloc’s strategy for tackling the flow of the migrants along with a deal with Turkey sealed last month.

Brussels aims to have the force start operations in September and be fully operational by November, under a roadmap unveiled last month to restore the passport-free Schengen Zone after the travails of the migration crisis.

The European Union edged closer yesterday (25 January) to accepting that its Schengen open-borders area may be suspended for up to two years if it fails in the next few weeks to curb the influx of migrants from the Middle East and Africa. 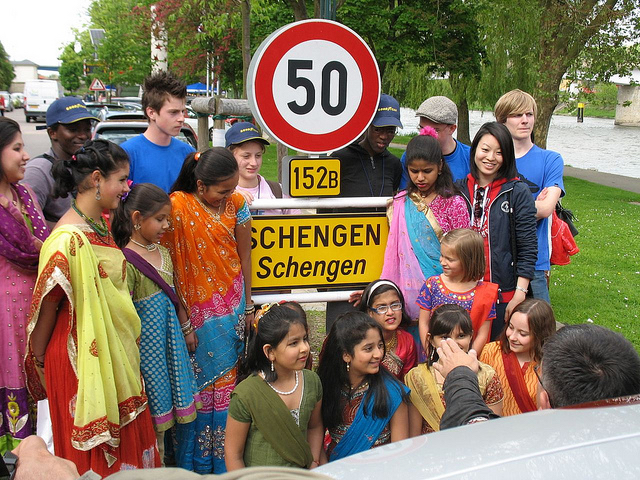 A permanent return to frontier controls in Europe would cost countries in the Schengen open-borders area about €110 billion over the next decade, the French government’s official think-tank said on Wednesday (3 February).

Several countries have reintroduced border controls that were eliminated years ago as part of the Schengen agreement, as the EU deals with a record flow of more than one million migrants and refugees since the start of 2015.

Avramopoulos said it was “impossible” that the force would erode national sovereignty, a growing concern in a bloc increasingly beset by criticism of meddling by Brussels in countries’ affairs.

“National sovereignty is not threatened by this initiative – on the contrary I would say,” he said. “It will intervene always with the approval of the member state.”

A European source said the ministers had agreed that the European Council grouping member states would have to agree on any intervention – effectively giving the concerned country a veto if it did not consent.