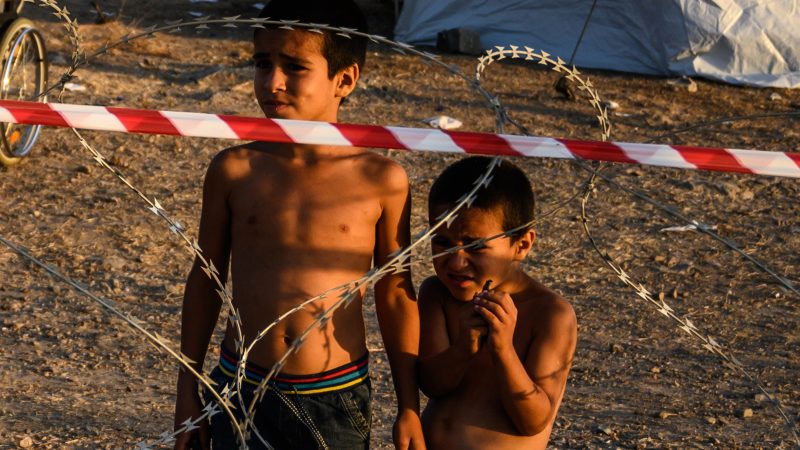 “An unprecedented legal action against Frontex was submitted to the EU Court of Justice today,” the NGOs, Front-Lex and Progress Lawyers Network and Greek Helsinki Monitor, said in a joint statement.

“The case was filed on behalf of two asylum seekers… who, while seeking asylum on EU soil (Lesbos), were violently rounded up, assaulted, robbed, abducted, detained, forcibly transferred back to sea, collectively expelled, and ultimately abandoned on rafts with no means of navigation, food or water,” the statement said.

“The applicants were also victims of other ‘push-back’ operations during their attempts to seek protection in the EU.”

Front-Lex had asked Frontex chief Fabrice Leggeri in February to suspend the agency’s activities in the Aegean sea, threatening to take the case to the EU Court of Justice.

“Despite undisputed and overwhelming evidence for serious and persisting violations of fundamental rights, Frontex and its executive director, Fabrice Leggeri, have failed to terminate the agency’s activities in the Aegean Sea, in flagrant infringement of the EU Charter of Fundamental Rights, the Treaty on the Functioning of the EU and Frontex Regulation,” the NGOs said.

In an emailed response, Frontex spokesman Chris Borowski said: “It is too early to discuss this legal action because Frontex has not had the time to review it.”

Front-Lex lawyers Omer Shatz and Iftach Cohen said that “to date, the (EU) court has never reviewed the conduct of Frontex nor provided remedy for its countless victims.

“We trust the court to hear the victims, to see what everyone sees, to hold EU border agency to account, and to restore the Rule of Law over EU lands and seas.”

Frontex has come under fire since the publication in October 2020 of an investigation by several media alleging it was involved with the Greek coast guard in pushing back migrant boats at the Greek and Turkish maritime border.

A number of investigations have been opened into the agency’s activities, including one by the EU’s anti-corruption office, OLAF.

Frontex chief Leggeri told EU MEPs in March that an internal inquiry had found no proof that the agency was involved in illegal push-backs of migrants.