Oxfam, the international confederation of charitable organisations focused on the alleviation of global poverty, published on Wednesday (11 October) a report titled “Beyond ‘Fortress Europe’: principles for a humane EU migration policy”.

The 30-page report finds that the EU and its member states have made almost no effort to increase options for safe and regular migration, and show insufficient concern about the implications that their policies have on the human rights and living conditions of asylum seekers in the EU and at its borders.

The timing of the publication of the report is intended to impact on the 19-20 October EU summit, which will look at a number of pressing issues, including migration, defence, foreign affairs and digitalisation.

After two years of policies directed by the EU Migration Agenda, it is clear that EU institutions and member states have disproportionately focused on blocking irregular migration and reinforcing borders with paying little attention to long-term, sustainable solutions, says the report.

Oxfam has received testimonies of authorities physically attacking migrants at the Hungarian and Croatian borders, women and children being exposed to the risk of abuse in migration “hotspots” in Greece and Italy, and people being prevented from fleeing torture and rape in Libya, all as a result of EU policies.

The report formulates “guidelines” for dealing with migration, both for external policies and for managing migration inside the EU.

Externally, the first “guideline” is “make development work for people”. The advocacy group calls on donors to take a holistic approach to address crises and chronic problems in the EU neighbourhood. It also warns against the use of development work and humanitarian aid “to tackle migration”. The success of development policies cannot be measured in terms of the number of people crossing or not crossing the borders, Oxfam says.

The report also calls for a continuation of the search and rescue operations in the Mediterranean with the sole objective of saving lives, and supporting such operations by NGOs. In fact, in recent months governments have discouraged NGOs from conducting such operations. 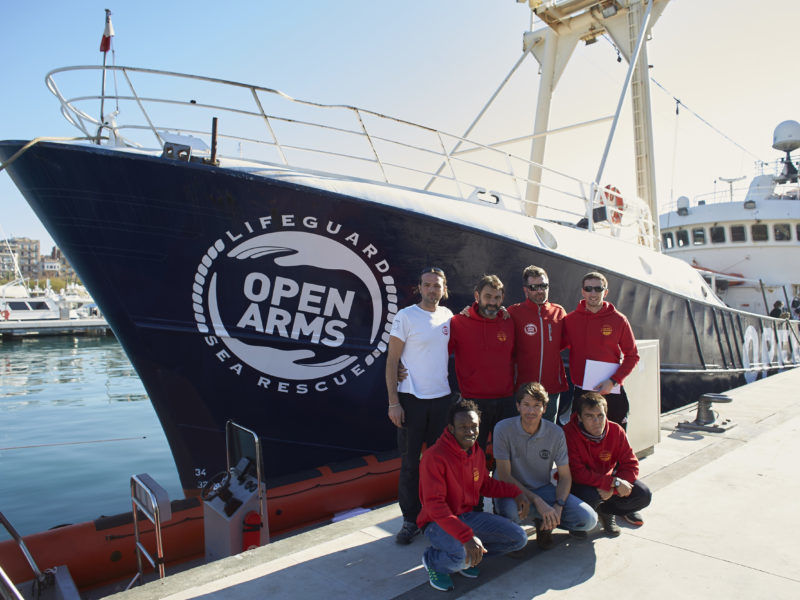 Oxfam also calls for increased “safe and regular mobility options”. Although the EU is in theory open to opening regular channels for asylum seekers, and also for regular labour migration, very little has been done thus far.

Among the guidelines for managing migration inside the EU, Oxfam appeals against the detention of asylum seekers, which “has become the norm rather than the exception”.

It also demands that families of recognised asylum seekers are helped to reunite, as the EU Dublin regulation foresees. “The definition of family should apply, at a minimum, to young adults who were dependent on the family until prior to displacement, parents, siblings, in-laws and any dependent relative,” the report says.

Speaking to journalists, Natalia Alonso, Oxfam International’s deputy director for advocacy and campaigns, said that migration could be managed in a different way, respecting human rights.

Alonso insisted that it was possible to “change the narrative” and convey the message that migration could have a positive impact on societies in EU countries.

EURACTIV questioned Oxfam’s rather generous definition of members of families qualified for family reunion. In a lenthy answer, Oxfam representatives explained family reunion was in the interest of both refugees and western societies, as it helped their integration, and that there was no danger that the number of recently arrived migrants in Europe could increase sevenfold via family reunifications, as some were suggesting.