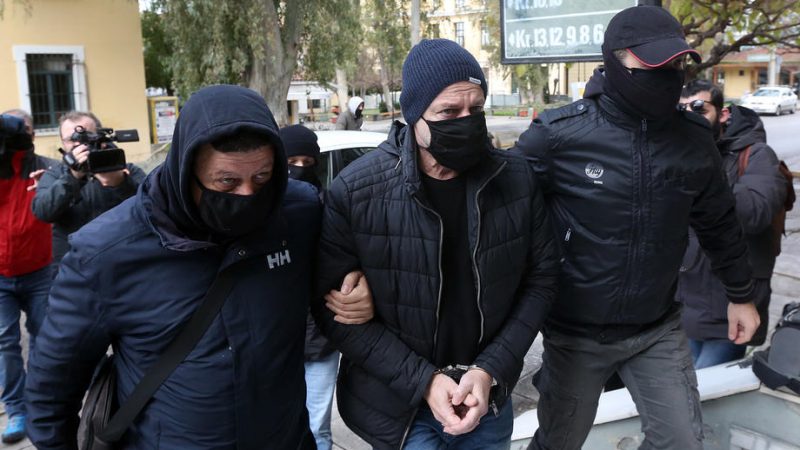 The board of the well-known Thessaloniki Film Festival in an unanimous decision also called on the culture minister to resign. [EPA-EFE/ORESTIS PANAGIOTOU]

Dimitris Lignadis was arrested following accusations of serial rapes which involve minors in 2010 and 2015. He will remain in custody until his plea on Wednesday. Lignadis has denied all accusations so far.

Greek media report that more cases will be testified later this week that expect to shed light on the unfolding scandal.

An increasing number of artists have in recent weeks publicly declared that they have been sexually harassed in the past by famous actors.

Olympic gold medallist Sofia Bekatorou let the cat out of the bag when she testified in a trial that she was sexually abused in 1998 by a high-ranking Hellenic Sailing Federation (HSF) official.

Her testimony encouraged women in the arts to break their silence, with dozens reporting similar sexual harassment cases.

However, the case has been highly politicised after the decision of culture minister Lina Mendoni (EPP) not to resign.

“He deceived me […] with his deep acting art, he was trying to convince us that he has nothing to do with the rumours,” she said of Lignadis on Friday.

“Dimitris Lignadis is a dangerous man, but that has emerged only now,” she added, stressing that Lignadis had never been her “personal friend”.

A few days ago, however, the culture minister had publicly said that there was no official complaint against Lignadis and that he would not resign.

“When she took over, she cancelled the competition for the selection of the director of the National Theatre and appointed Mr Lignadis. Now she says she did not know of his secret life but, in any case, she must assume the political responsibility,” Kouloglou said.

“There is an ongoing systematic attempt to cover up the political aspects of the case because Lignadis had relations with the prime minister. In fact, the subject of Lignadis was known to the elite and is characteristic of the hypocrisy of the parasitic Greek ruling class,” Kouloglou added.

In a unanimous decision, the board of the well-known Thessaloniki Film Festival also called on the culture minister to resign.

“We take it for granted […] that the only appropriate solution is her immediate resignation,” it said in a statement.

Leftist Syriza was accused of attempting to politicise an issue which all sides agree that it’s socially unacceptable.

On the other hand, the main opposition said the ruling party initially tried to cover up the Lignadis’s involvement apparently because they had appointed him as chief of the national theatre.

Meanwhile, MEP Eliza Vozemberg was the first New Democracy politician to demand the resignation of the culture minister.

“It is the responsibility of the minister to choose the persons, whether she was deceived or not”, Vozemberg said.

“It is not the responsibility of the prime minister, but the choice of persons of each minister,” the MEP stressed, adding that culture is the “display window” of the country.