Svitlana Romanko, from 350.org, criticised the arrests of 14 NGO representatives that have taken place since the beginning of COP24.

Poland has already deported 14 people from Central Europe since the beginning of COP24, including two members of the Georgian delegation. Many NGOs are questioning the legality of these bans on entering Polish territory. EURACTIV France reports.

On Monday (10 December), several NGOs raised the alarm, following a series of arrests of activists who came to participate at COP24.

Over the 13 November-10 December period, 14 people were arrested or temporarily detained, before being deported from Poland. One of these people was still in custody on 10 December. 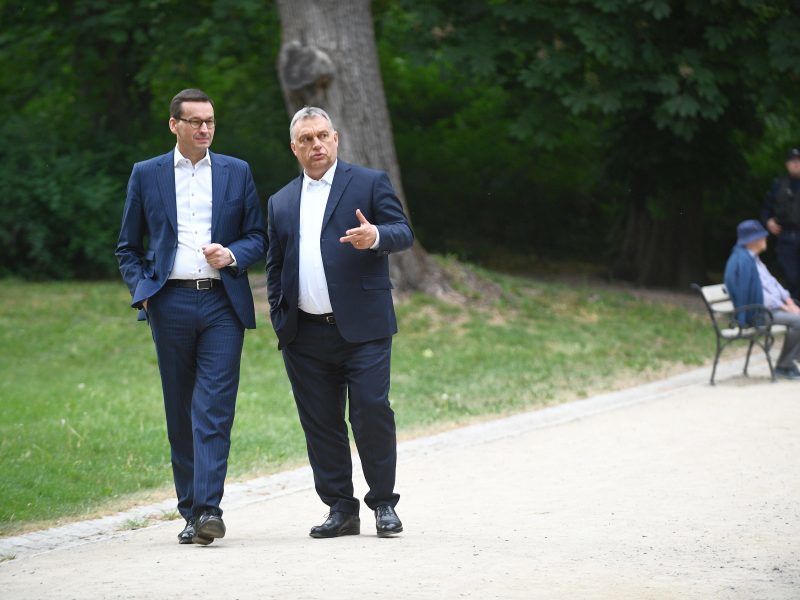 Just like it occurred when COP was held in France, on the pretext of a terrorist threat, the Polish government toughened the body of law governing possibilities to refuse foreigners access to the Polish territory. However, the use of deportation possibilities has clearly been beyond the scope of this.

According to 350.org, some of the demonstrators were threatened with being banned from the Schengen area for five years, before then being redirected towards a flight to their home country, or arrested and put on a train leaving Polish territory.

The targeted nationalities are citizens from Ukraine, Georgia, Kyrgyzstan and Russia.

“Poland is using repression to silence people. And, coincidentally, it is against citizens from central Europe, where the political situation is often tense,” criticised Svitlana Romanko, Eastern Europe Caucasus and Central Asia Coordinator at 350.org.

Romanko believed that authoritarian regimes, such as Poland, have difficulty accepting that civil society is taking up the climate debate and is notably pushing for renewable energy sources. Climate marches have been banned in Katowice for security reasons.

The Polish government has adopted a law restricting access to its territory during the 22 November-16 December period, as France and Germany were able to do so during previous COP conferences. The Polish government believes that the deportations were carried out lawfully.

“In order to enter Polish territory, you have to have a valid passport and not be listed on the Schengen Information System [SIS],” a spokesperson from the Polish government told EURACTIV France.

According to Polish customs, the people who were deported did not comply with one of these two conditions. The SIS identifies people from third countries in the Schengen area and who are the subject of alerts.

A male Georgian citizen is still at Katowice airport and is refusing to take a flight in the other direction.

The situation is a matter of concern to the UN Secretariat, especially as some of those who were deported had received accreditation to participate at the conference and some of the Georgian nationals were part of its official delegation.

The governing Polish Law and Justice (PiS) party’s flippancy towards civil liberties in general raises questions. In 2017, the European Commission opened infringement proceedings against Poland. They remain at an impasse given the lack of consensus about imposing financial or political sanctions on the country.