The expulsion from the Schengen zone of Lyudmyla Kozlovska, a Ukrainian human rights activist, was due to serious doubts regarding funding of her organisation, Poland’s Internal Security Agency said on Monday (20 August).

The president of the Open Dialog Foundation (ODF) was apprehended at Brussels airport on 13 August and told by security staff that she was on a list of people banned from entering the Schengen zone.

There has been wide speculation as to why the deportation order was issued. 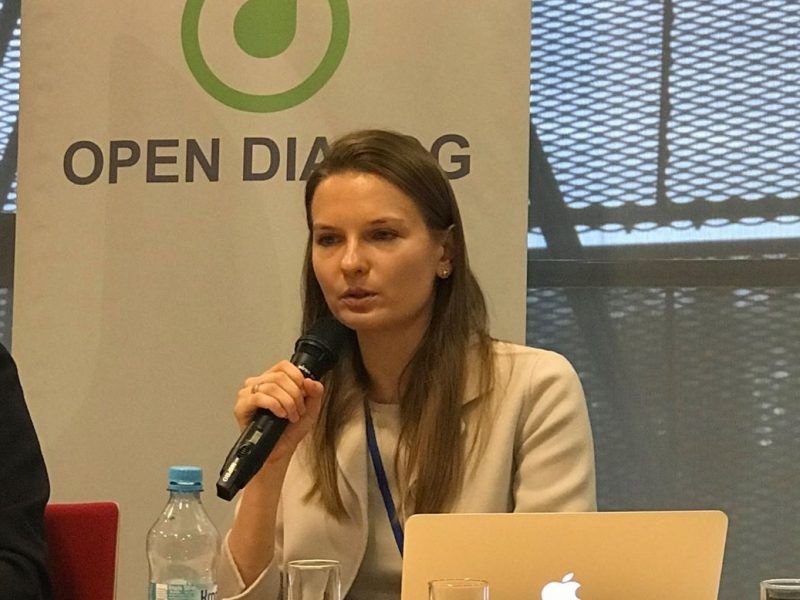 On 21 July 2017, Bartosz Kramek, Kozlovska’s husband and the head of the ODF board, published a Facebook post titled ‘Let’s stop the state by turning the government off!’. The report gave instructions on “how to stop the Law and Justice’s attack on the rule of law in Poland’.

Kramek listed 16 proposals of active resistance against the Polish government. The plans included acts of civil disobedience, such as the withholding of tax payments and teachers’ strikes.

In an interview with Poland’s weekly, Kozlovska expanded on her husband’s position: “In the foundation, we support the rule of law and human rights. And we name those who violate them. In Poland, our constitution was also violated. Therefore, it was natural that we protested against that. And we named the perpetrator, that is Law and Justice [party].”

One week after the publication of the text, the Minister for Special Services Mariusz Kamiński sent a letter to the foreign minister requesting to check the activities of the ODF, due to ‘doubts regarding violations of the Foundation’s statute and even Polish law’.

Speaking to EURACTIV.pl, Kramek said that the ODF’s funding sources were always public and “did not bother anyone before my text defending courts and calling for civil disobedience”.

A review of the ODF’s finances that started last year is still ongoing. The ODS was recently notified that it is prolonged until November.

Moreover, in October 2017, the ministry of foreign affairs asked the Warsaw District Court “to establish a compulsory board of the ODF and to suspend the current management board”. The court, however, rejected that motion.

On 28 March 2018, MEPs from the Law and Justice party, Ryszard Legutko and Kosma Złotowski, sent inquiries to the European Commission regarding doubts about the “connections between the ODF and the Russian Federation in the context of the Transparency Register”. The Commission considered those motions unfounded.

Fiscal control is one issue, the deportation of Lyudmyla Kozlovska is another one.

On 1 March 2018 Kozlovska, a Ukrainian citizen who has lived in Poland for 10 years, applied for the status of an EU long-term resident. Her application was turned down by the head of the Internal Security Agency and her detention at Brussels airport soon followed.

The issue has been well publicised by international media and various political officials,  including ALDE leader Guy Verhofstadt:

Black lists against democracy activists are worthy of authoritarian regimes, not of EU Member States. The Schengen visa ban on Lyudmila Kozlowska must be withdrawn – or Poland’s role in Schengen reviewed https://t.co/0sh1nTqrEY

According to Kozlovska and Kramek, who are currently staying in Kyiv, doubts about the ODF’s funding and the detention of Kozlovska were an act of retaliation for Kramek’s anti-government activities.

4 responses to “Poland’s deportation of human rights activist: The back story”