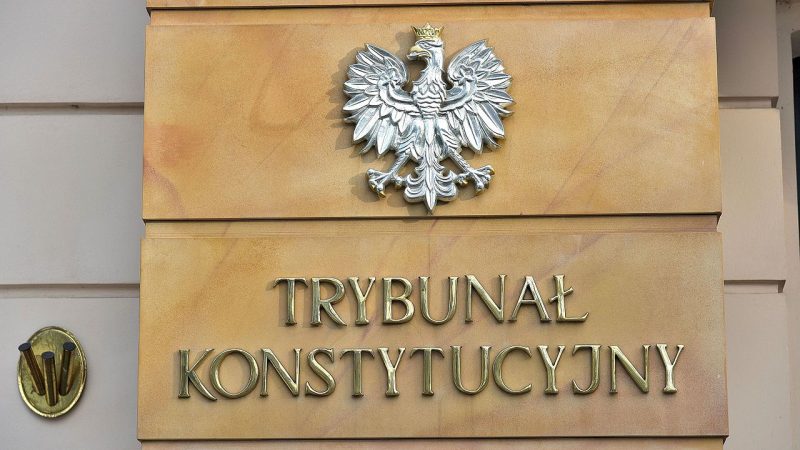 Inscription at the seat of the Constitutional Court of Poland, Warsaw. [Adrian Grycuk, Wikipedia]

Poland’s top court on Tuesday (13 July) delayed issuing a ruling in a landmark case on whether the Polish constitution or EU law have primacy in the member state, amid a bitter row with Brussels.

A final ruling had been expected on Tuesday, but the court adjourned following hours of deliberations in the highly sensitive case involving Poland’s controversial judicial reforms and said it would continue its hearing on Thursday. 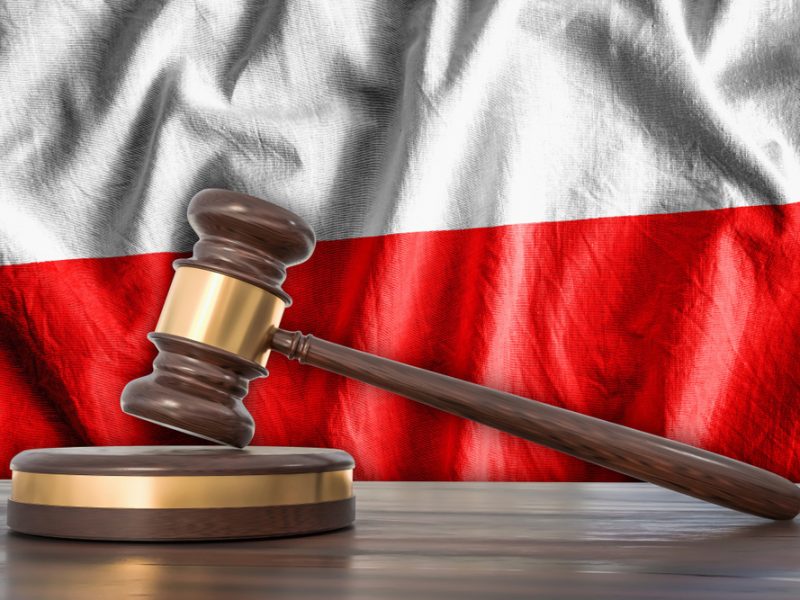 Poland’s Constitutional Court – controlled by the ruling Law and Justice (PiS) party – will decide on Tuesday, on Prime Minister Mateusz Morawiecki’s request, whether certain provisions in the EU’s Treaties are compatible with Poland’s Constitution and whether the EU …

Prime Minister Mateusz Morawiecki requested the review after an interim ruling by the Court of Justice of the EU (CJEU) against part of the reform pushed through by his nationalist government.

The possibility of a clear challenge to the primacy of EU law in Poland has been interpreted by some experts as a tentative first step towards a Polish exit from the European Union — even though opinion polls show EU membership remains very popular among Poles.

The CJEU last year ordered Poland to suspend the activities of the new “disciplinary chamber” of the Supreme Court, pending a final ruling. The decision was challenged and the matter was referred to the Constitutional Court.

Former Constitutional Court judges warned earlier this year that a ruling against the CJEU “would be a drastic violation of the obligations of a member state and a further step towards taking the country out of the union”.

During Tuesday’s hearing, Poland’s independent human rights ombudsman Adam Bodnar said the case “strikes the very heart of the EU” and could lead to “an exemption from the rule of law”.

Morawiecki’s right-wing populist Law and Justice Party (PiS) says the changes are necessary to tackle corruption in a judiciary still haunted by communism, but opponents say they pose a threat to the rule of law.

The European Commission, the EU’s executive, is aiming to bring Poland, and its ally Hungary, back into line with what it considers European democratic norms.

It accuses the two governments of stifling independent media and imposing reforms that in effect exclude judges whose rulings may not align with the views held by the ruling parties.

The Polish law on reforming the judiciary, which came into force in February last year, prevents judges from referring questions of law to the European Court of Justice and creates a body that rules on judges’ independence without regard to EU law.

It also set up the “disciplinary chamber” to oversee Polish Supreme Court judges, with the power to lift their immunity, and that of lower court justices, to expose them to criminal proceedings or cut their salaries.

EU Justice Commissioner Didier Reynders said earlier that Poland’s judicial reform law “infringes upon the independence of the judiciary in Poland and is incompatible with the primacy of the law of the Union”.

A spokesman for the Polish government, Piotr Muller, tweeted in response that judiciary matters are “an exclusively national domain”.