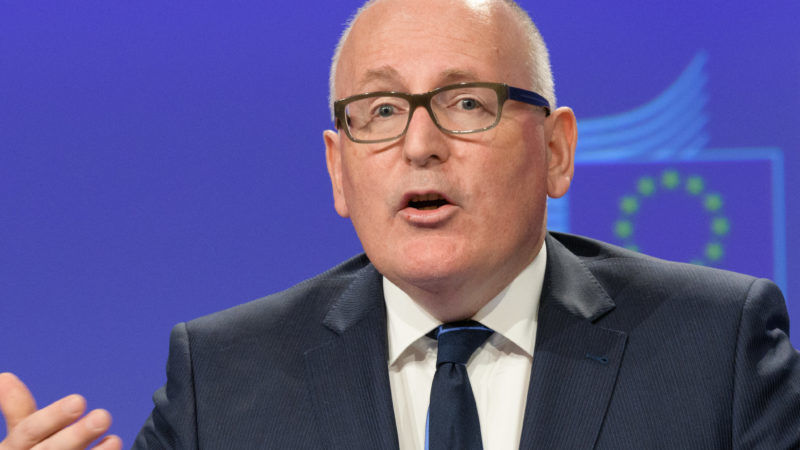 Frans Timmermans has led the case against Poland. [European Commission]

Timmermans will seek the support of member states to take action if Poland’s Law and Justice Party (PiS) refuses to back down over controversial judicial reforms that Brussels says pose a “systemic threat” to the rule of law.

And if Warsaw fails to halt the measures, the Commission has also warned it could trigger Article 7 of the EU’s treaties – the so-called “nuclear option” that could freeze Poland’s EU voting rights.

Hungary has vowed to veto any such step against its Polish ally.

“I don’t expect fireworks just now,” an EU official told AFP on condition of anonymity. “But hopefully (there will be) a useful exchange of views and support.” 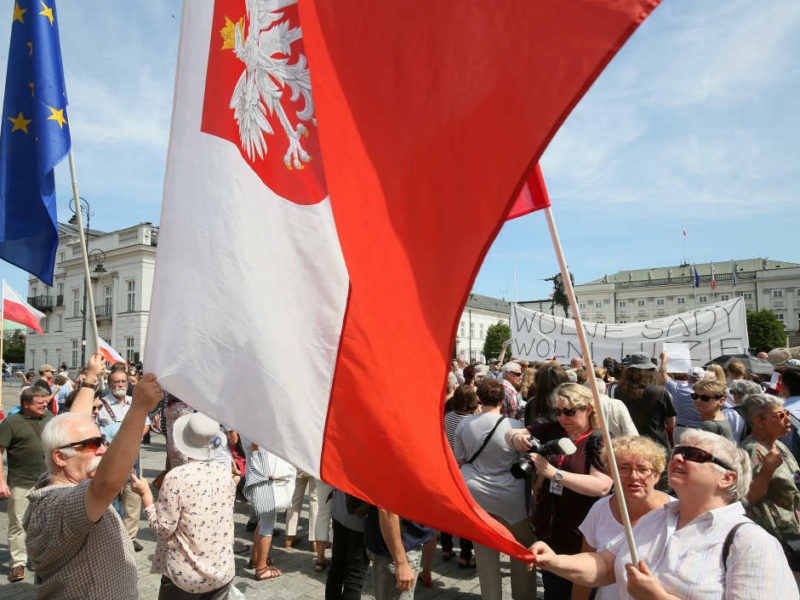 Timmermans, the right-hand man to European Commission chief Jean-Claude Juncker, has been leading efforts for months to get Poland to comply with EU democracy standards.

Now he is taking a tougher approach and seeking the support of the European affairs ministers from the 28-nation bloc meeting in Brussels to move ahead with firm steps, if necessary.

In July, Timmermans said the Commission was ready to trigger Article 7 if Poland goes ahead and sacks supreme court justices, the most extreme of the laws.

Article 7 can be invoked by the Commission if an EU state is deemed to pose a systemic threat to the rule of law, and EU states can approve this by a majority.

And Timmermans is also waiting to see how the Polish president, an independent allied with PiS, moves ahead with judicial reforms, an EU official said.

In July, Duda surprised many when he vetoed one bill that would have reinforced political control over the Supreme Court and another that allowed parliament to choose members of a body designed to protect the independence of the courts.

In Warsaw, a spokesman said Duda would publish his amended draft laws on Monday.

It was not immediately clear whether the proposed changes will be cosmetic or whether they will reduce the justice minister’s role in appointing judges.

The new drafts are due to be discussed in parliament and could be modified further.

A senior EU official said the ministers were expecting Timmermans to say how much, if any progress, has been achieved in his talks with the Polish government since he addressed them in May.

In July, the Commission also launched separate legal action against Poland over one of the reforms which could see Warsaw hauled before the EU’s top court and fined.

The Polish government is also defying a European Court of Justice injunction to suspend logging in the Bialowieza Forest, Europe’s last primeval woodland.

The reforms have triggered mass street protests in Poland and prompted Polish freedom icon Lech Walesa to express concern about his country’s fate in Europe.