A view at the sheet of paper with an inscription 'Free Courts' in Sejm (lower house) in Warsaw, Poland, 8 December 2017. [Bartolomjei Zborowski/EPA/EFE]

The reforms introduced by the Law and Justice (PiS) party had already led the European Commission to launch unprecedented disciplinary proceedings against Warsaw over what it sees as systemic threats to the independence of the Polish judiciary.

Many of the new legal provisions “go against the standards of the Polish constitution, in addition to violating the principle of separation of powers, the independence of the courts and judges and the security of tenure of judges,” the Supreme Court said on its website.

The statement was adopted by the general assembly of the court’s justices. Sixty-nine of the judges endorsed the text, three voted against and three others abstained.

One of the new laws approved last month by President Andrzej Duda ends the mandates of nearly half the Supreme Court justices, including Chief Justice Malgorzata Gersdorf, who denounced the legislation as a “coup”.

Another reform has given parliament the power to choose members of the National Council of the Judiciary (KRS), whose task is to oversee judicial impartiality. Critics say this change risks reducing the body’s independence.

KRS president Dariusz Zawistowski resigned this week “as a sign of protest”.

Last month, the European Commission triggered article seven of the EU treaty against Warsaw, which could eventually lead to the “nuclear option” of the suspension of Poland’s voting rights within the bloc.

Poland’s new Prime Minister Mateusz Morawiecki, who was chosen as part of the governing party’s quest to mend strained ties with the EU, said last week that he hoped to explain the basis for the reforms to Brussels without having to make concessions. 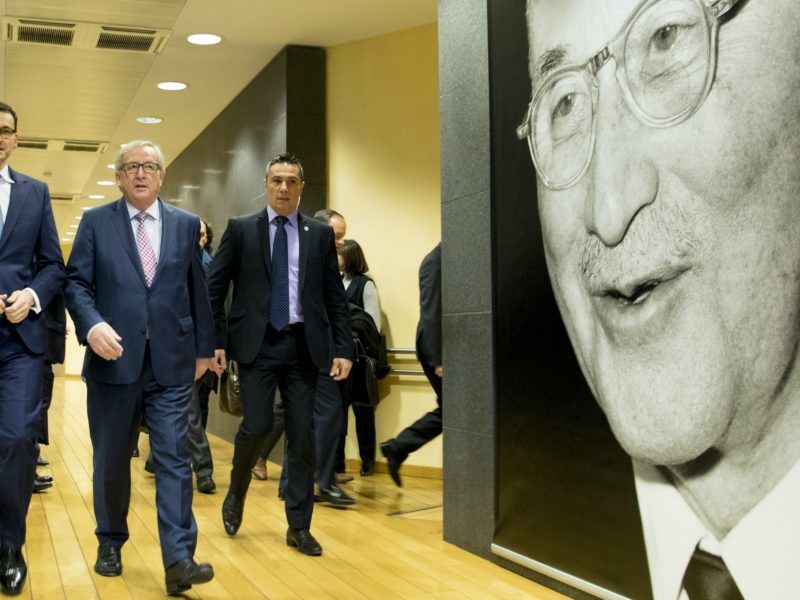 The PiS government began making the changes after coming to power in late 2015 and says the reforms are needed to combat corruption and overhaul the judicial system still haunted by the communist era.