“A strong agreement will help save lives and demonstrate that EU countries are committed to working together to uphold basic values and international obligations,” said Matteo de Bellis, Migration Researcher at Amnesty International, in a statement released ahead of the ministerial meeting in Luxembourg.

EU interior ministers will discuss the state of play on migration, including a potential temporary solution for disembarkations in the central Mediterranean.

In September, France, Italy, Germany and Malta signed a declaration of intent for a “predictable temporary solidarity mechanism” for disembarkation during a mini-summit in Valletta. The idea was already explored by the ministers during an informal meeting in July.

“The success of a disembarkation and distribution mechanism largely depends on the participation and support of as many countries as possible,” said Dunja Mijatović, Council of Europe Commissioner for Human Rights.

Front-liners Italy, Greece, Spain, Cyprus and Malta have long borne the brunt of welcoming rescued people in the Mediterranean.

In June 2018, far-right Italian Interior Minister Matteo Salvini decided to close the country’s harbours to search and rescue vessels, and later to the Sophia Operation that has no vessels since.

As a consequence, several charity-operated boats were stranded at sea for days waiting for a safe port to disembark until EU countries found an agreement to distribute the people on board.

The change of government in Italy – a coalition formed by Socialist Partito Democratico and non-attached 5-Star Movement – has opened the door for a common solution to reduce delays in the disembarkation of people rescued in the Mediterranean.

The Malta initiative, Commissioner Mijatović said, “should also pave the way for a long-term and more ambitious system that eases the pressure on certain member states – like Italy, Malta and Greece – while upholding the human rights of all migrants.”

These discussions represent “a very positive change in direction,” but not a drastic shift in the position of the member states, Sam Turner, Head of Mission of Search and Rescue and Libya for Doctor Without Borders (MSF) told EURACTIV.

“We are only looking at a tiny fraction of the wider issue and that European governments continue to fail to address: the full human cost of their deadly migration policies,” Turner said.

Indeed, disembarkation of prospective migrants rescued in the Central Mediterranean concern small numbers, in the hundreds, while the migration flows to Europe is in the tens of thousands.

Even if the agreement would provide search and rescue vessels for a safe place to disembark, the MSF officer insisted, “still does not address the fact that NGO vessels continue to face challenges in their operations.” 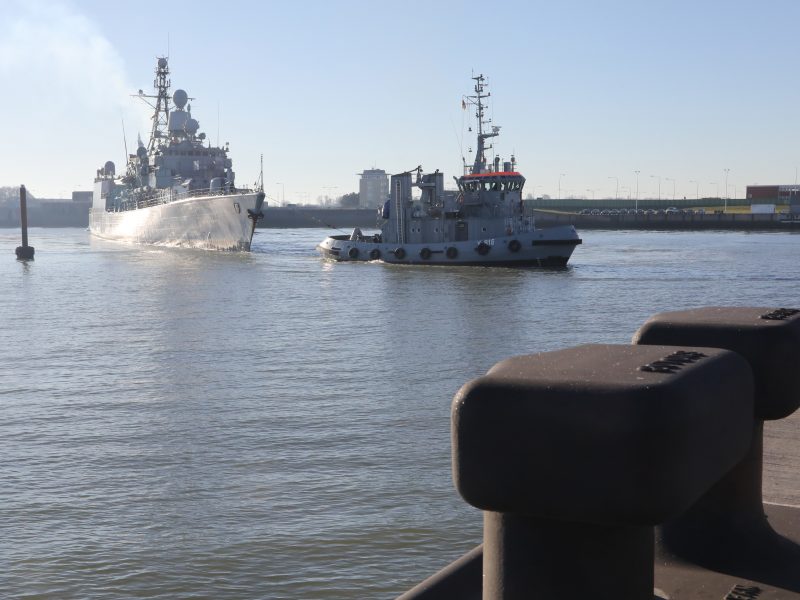 According to UNHCR, since 2014 at least 18,862 people have lost their lives trying to reach Europe by crossing the Mediterranean.

Since the Operation Mare Nostrum – aimed at tackling the humanitarian emergency in the Strait of Sicily – ended in 2014, NGOs have been playing a major role in search and rescue in the area.

In spite of not having any search and rescue operation in the area border control operations Poseidon, Themis and Sophia had allowed to save over 470,000 people according to Council figures.

Italy’s decision to close its dock affected Operation Sophia too. The mission, aimed at disrupting the business model of migrant smugglers and human traffickers in the Southern Central Mediterranean, has been extended until March 2020. However, it doesn’t deploy ships anymore.

Turner recalled that search and rescue “is first and foremost the responsibility of states” and denounced that “it is only because they have refused to take that responsibility” and provide an adequate response that “humanitarian actors had to step in.”

Commissioner Mijatović said that expanding search and rescue capacity, providing safe paths for migrants and cooperating with NGOs is also crucial to address the still worrying situation in the Mediterranean.

While there isn’t seem to be any political appetite for an EU search and rescue mission, MSF believes that a potential agreement on disembarkation might pave the way forward.

“I think that one of the primary barriers to establishing and EU SAR operation has been the lack of disembarkation solution,” Turner said.

“We really hope that opens up a bit of space for the discussion of the return of naval assets of Operation Sophia or a dedicated EU led search and rescue operation.”