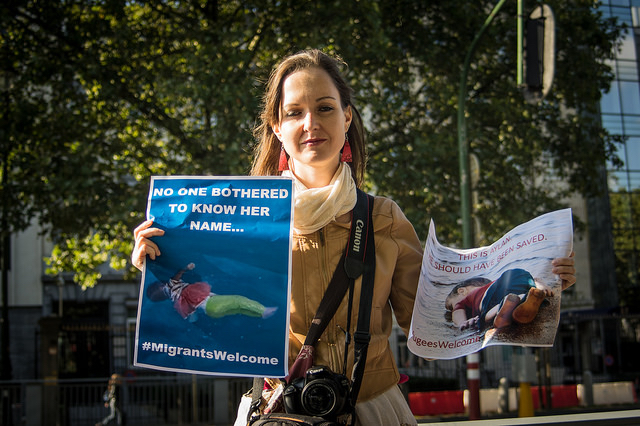 More than 218,000 people made the perilous journey across the Mediterranean to Europe in October – a monthly record and nearly the same number as in the whole of last year, according to the UN.

>>Read: Bodies of 11 refugees, most of them infants, recovered off Greece

The soaring numbers of arrivals last month brought to more than 744,000 the number of people who have made the journey so far this year.

The October figures show that despite the increasingly harrowing conditions at sea at the onset of winter, refugees from Syria and other trouble spots continue to pile into boats heading west amid fears that Europe is poised to close its borders.

Among the more than 600,000 migrants and refugees who have crossed to Greece this year, 94% came from the world’s top 10 refugee-producing countries.

The ballooning number of crossings has had dire consequences, with the numbers of deaths rising daily.

About 3,440 people have died, or gone missing trying to cross the Mediterranean to Europe, this year, according to data by the UNHCR, the UN refugee agency, last week.

>>Read: How many asylum seekers would other EU countries need to match Germany?

The figures do not include the latest tragedy, when at least 15 migrants and refugees, including six children, drowned off Greece on Sunday (1 November).

Most of the Mediterranean deaths this year have happened on the longer, more dangerous route to Italy, but with surging numbers attempting the far shorter crossing from Turkey to Greece, the death toll along that route has been mounting.

The latest tragedies bring the migrant death toll in Greek waters in the past month to more than 80, with many of them children.