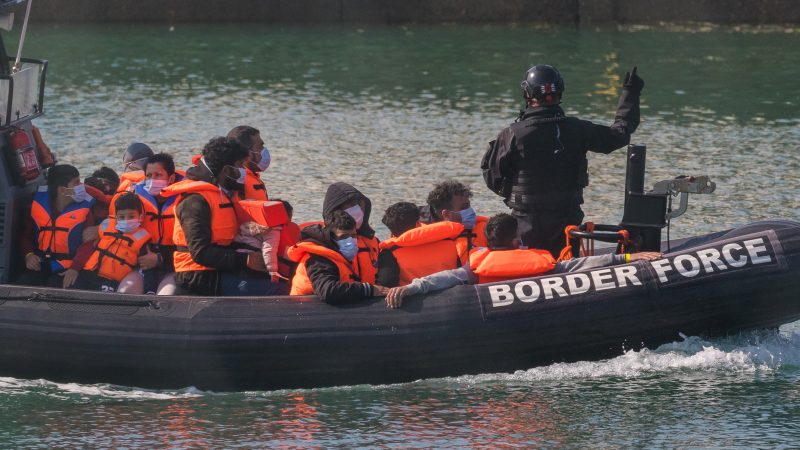 A boat from Britain's Border Force (BF) transports a group of people thought to be migrants, including children, who were found in the English Channel off the coast of Dover, in Dover, Kent, Britain, 22 July 2021. [EPA-EFE/VICKIE FLORES]

A record number of migrants crossed the Channel From France on a single day this week, the British government said on Thursday (5 August), pushing annual figures well beyond last year’s numbers.

The Home Office confirmed that at least 482 people made the trip across one of the world’s busiest shipping lanes on Wednesday, many on dangerously overcrowded inflatable boats.

The government said they dealt with 21 “events” involving the 482 on Wednesday, while 246 individuals were prevented from reaching southern England by the French.

The growing number of journeys are proving increasingly embarrassing for the government, which has vowed to clamp down on the arrivals and made tightening Britain’s borders a key issue in its campaign to leave the European Union.

She maintains the changes — which have been decried by human rights groups — are long overdue.

This week Patel met with officials in Greece to discuss cooperation on illegal migration.

During the two-day visit, Patel met ministers in Athens taking part in a patrol with the Greek coastguard to learn more about methods used to prevent small boat crossings.