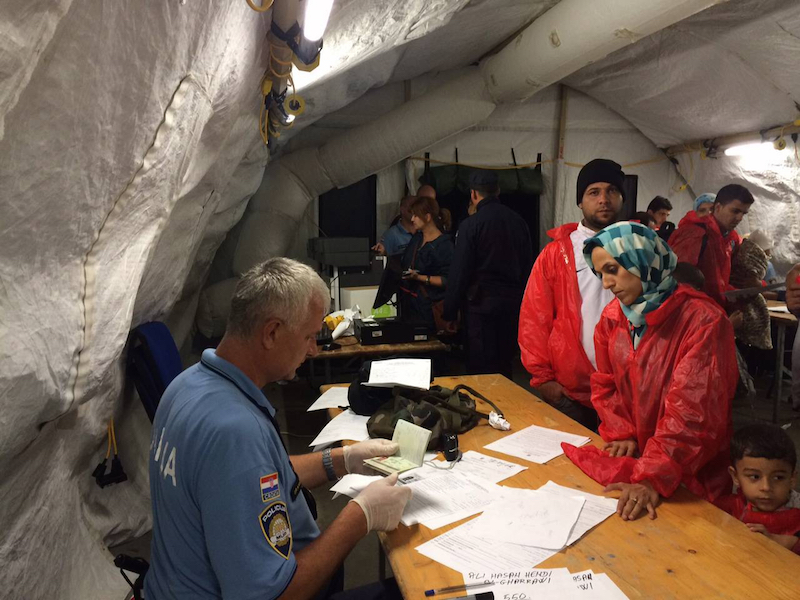 In response, Zagreb ordered a partial closure of its border with Serbia, bringing trade between the two countries to a halt.

Minister of the Interior Ranko Ostoji? said on September 21 that border crossings will not be reopened until Serbia stops directing refugees exclusively to Croatia.

Due to the closure of Serbia’s frontier with Hungary, refugees began entering Croatia on 16 September.

Serbian Prime Minister Aleksandar Vu?i? described the closure as a “brutal attack” on Serbian economy, and has vowed to retaliate if a solution is not found. The only crossing that remains open is in Bakovo, 35 kilometers from the Croatian city of Osijek.

The border closure came after several days of harsh exchanges between the two countries.

It was this last move that sparked harsh criticism in Belgrade, with Serbian Interior Minister Nebojša Stefanovi? saying that it is evident that Croatia is having difficulties dealing with the refugee crisis.

Croatian Prime Minister Zoran Milanovi? responded, “The eagle doesn’t hunt a fly. We are the eagle.”

Serbian Prime Minister Aleksandar Vu?i? commented that he found it quite funny that his Croatian counterpart had to indulge such precise analogies.

According to Belgrade’s Beta News Agency, Commissioners Dimitris Avramopoulos and Johannes Hahn said that this issue must be resolved at the meetings of the interior ministers and EU leaders in Brussels today (23 September).

At stake is the Stabilization and Association Agreement with Serbia, which guarantees free trade between Serbia and the EU.