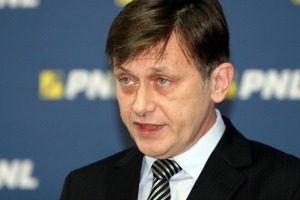 Brussels has had Romania's justice system under special monitoring since it joined the EU in 2007. The country has taken some steps against corruption, including jailing former prime minister Adrian N?stase, but critics say the new proposals risk undermining the effort and scaring off investment.

Condemned by President Traian B?sescu and by several western embassies, the changes were approved by the lower house of parliament in a session on Tuesday.

The bill, under which MPs would no longer be subject to investigation under corruption charges linked to public office – such as abuse of power or conflict of interest – were passed without proper debate, opposition politicians, pro-democracy groups and some western diplomats said.

"I will propose that Liberal MPs reject those changes that have been made and can be interpreted in the way of creating a super-immunity," he said. "To repair a wrong decision is now the most important thing."

Ponta later told reporters: "The law needs to be discussed again … first with the justice ministry, the Supreme Council of Magistrates and the General Prosecutor's office, and if it is endorsed, must be presented to the European Commission to see whether it breaks any international obligations of Romania."

The bill has yet to be submitted to President Traian B?sescu who must sign it into law for it to come into force.

B?sescu has said he will not endorse the bill and send the proposed changes back to parliament to be amended. An opposition centrist grouping said it was preparing to file a challenge in the constitutional court.

The National Integrity Agency, an anti-graft watchdog, has ruled that 193 mayors, deputy mayors and councillors have had conflicts of interest, falsified statements or had wealth they could not account for since the middle of 2012.

A study by the agency of local councillors showed many of them, or their spouses, owned firms which had been awarded public contracts.

The European Commission expressed concern about the ongoing political infighting in Romania in its 18 July report which questioned the country’s ability to comply with the EU's fundamental principles and the sustainability and irreversibility of reform. Commission President José Manuel Barroso said that the political feuds in Romania had "shaken the EU's trust" in the country.

The latest report, dated 30 January, appeared to turn the page of an extremely difficult 2012 year for EU-Romania relations.