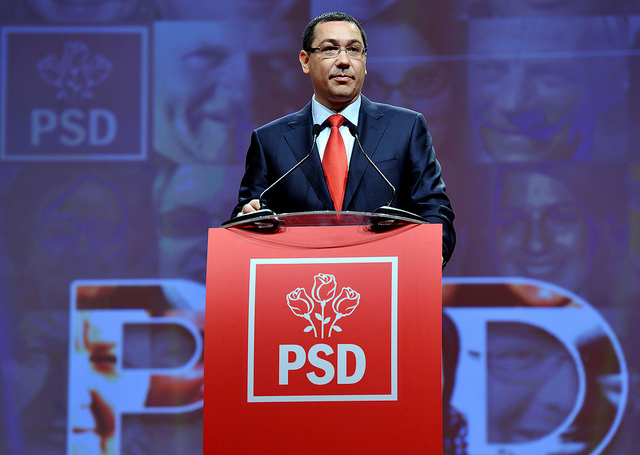 The ordinance gives local mayors and councilmen in the EU country 45 days to choose to join a party other than the one from which they were elected in office without losing their seat, as was the case previously.

Romania will hold a presidential election on 2 November and Prime Minister Victor Ponta of the leftist Social Democrat Party (PSD) is widely tipped to win it. Ponta’s main challenger is Klaus Iohannis, an ethnic German and candidate for President of the centre-right Romanian coalition PNL-PDL.

Centre-right opposition parties opposed the ordinance, which circumvents parliament and takes force immediately, as they fear it may spur defections from their ranks to the PSD, boosting Ponta’s electoral position.

“We are concerned with its timing,” the US Embassy said in a statement. “We have in the past expressed concerns about legislating complex issues via emergency ordinances.”

A study by Romania’s Institute for Public Policy thinktank found that over 80% of local administrations have rejected public investment projects or failed to meet the quorum for votes in the last three months.

But the Institute criticised the ordinance for bypassing active legislation, threatening the rule of law in Romania, one of the EU’s poorest and most corruption-ridden countries, along with neighbouring Bulgaria.

“The impact […] is devastating for the rules of a democratic state. Does the government intend to pass ordinances that suspend for a certain period of time the obligation to respect speed restrictions when driving, or to pay taxes?” it said.

“We ask […] parties to be responsible and solve local councils’ disagreements politically, not through the law.”

The Liberal Party, formerly in coalition with the PSD, split away at the start of this year and are now allied with the opposition centre-right Democrat Liberals. The PSD has formed a new majority together with the ethnic Hungarian Party and two other smaller groupings.

In 2012, Ponta drew a severe rebuke from the European Union over his efforts to ensure President Traian B?sescu, a political rival, was impeached in a national referendum, a dispute that raised concerns over the rule of law.

Romania’s next president will play a pivotal role in appointing a new prime minister and a government line-up to oversee IMF-backed reforms under the standby €4 billion euro aid deal it secured last year.

The last presidential election in Romania was held in 2009 and Traian B?sescu was sworn in for his second term on 21 December 2009. He is ineligible for a third term according to the Constitution.

The Parliament's two largest opposition groups, the Liberals (PNL) and the Democrat Liberals (PDL), voted unanimously to merge last month, hoping to boost their chances for the presidential elections against Victor Ponta, the incumbent Prime Minister and leader of the Romanian Socialist Party (PSD).

Ponta, 41, came to power in May 2012 in an alliance with the Liberal Party, toppling a centre-right government that undertook painful wage cuts and tax hikes at the height of the financial crisis. PSD’s relations with the PNL liberals have since soured, but Ponta retained his parliamentary majority through an alliance with two smaller forces, the National Union for Progress of Romania (UNPR) and the Conservative Party (PC).