Jean-Claude Juncker and Klaus Iohannis in the Berlaymont on 31 January 2018. [Commission]

Romania’s President Klaus Iohannis told the European Union on Wednesday (31 January) he would fight for the independence of his country’s courts, which he and Brussels say is threatened by draft laws prepared by the Social Democrat-led government.

The EU’s executive Commission said the laws, if approved, would ensure Romania remained outside the bloc’s Schengen zone of free travel, though it said it had no plans to initiate a punitive procedure against Bucharest over that.

The EU is concerned that Bucharest’s judicial overhaul will reverse any progress Romania has achieved in fighting high-level graft in one of Europe’s most corrupt countries. Romania’s judicial system remains under special EU monitoring.

“I am very much preoccupied by the legislative procedure regarding the changing of the laws of justice,” Iohannis told a joint news conference with Commission chief Jean-Claude Juncker.

“The independence of the Romanian justice is something I will fight for,” added Iohannis, a centrist and outspoken critic of the ruling leftist coalition in Bucharest.

Juncker was flanked by Romanian Commissioner Corina Crețu, responsible for regional policy. Crețu is from the social-democrat PSD.

Under the draft laws, approved by parliament last month, offences involving an abuse of public office that causes financial damage of less than €200,000 would no longer carry a penalty.

Romania’s constitutional tribunal has sent some of the draft laws back to parliament for reworking, and Iohannis, whose signature is required for them to take effect, said he was determined that they fully meet EU standards. 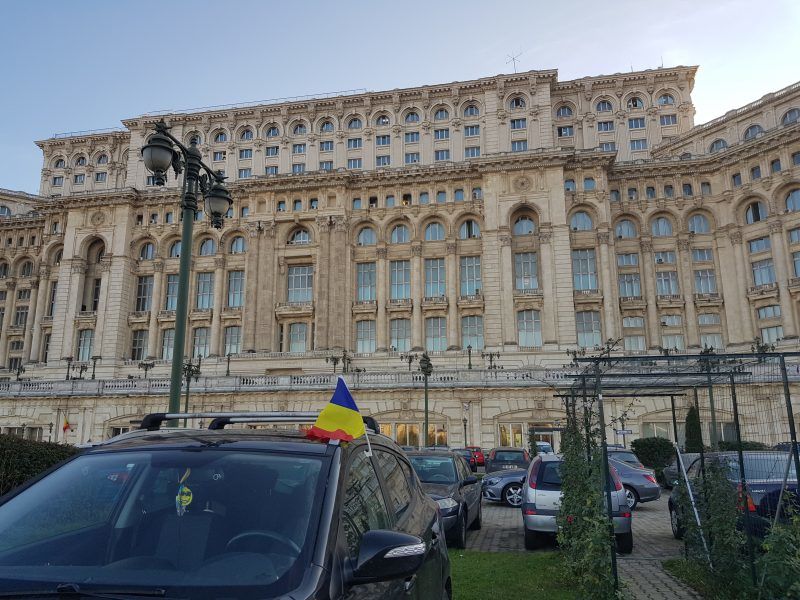 Romania’s top court ruled yesterday (30 January) that parts of controversial legal reforms pushed by the ruling left were unconstitutional and needed to be modified.

“I am worried and I made it clear that I do have concerns,” the EU’s Juncker said.

The Commission has previously said Romania and its southern neighbour Bulgaria should be allowed to join the Schengen zone of passport-free travel, but many EU states remain opposed due to the concerns over corruption and lack of transparency.

Joining Schengen is a key objective for Bucharest, but Juncker cautioned: “If the Romanian legislation was to remain as was foreseen by the parliament, then… the accession of Romania to Schengen would be looked at in completely different terms.”

However, Juncker said he had “no intention whatsoever” to launch punitive action against Romania under the EU’s Article 7 over the rule of law concerns.

The Commission has invoked Article 7 against Poland over Warsaw’s overhaul of the judiciary, though Hungary would be expected to block any attempt to suspend its Polish ally’s voting rights in the European Council in consequence.

The EU’s ability to rein in member states which pass laws that undermine core democratic principles is a key challenge facing the bloc, amid a growing divergence between its wealthy, liberal western states and newer, more conservatively-minded eastern members.

Romania will take over the Romanian Presidency of the Council of the EU in the first half of 2019. A summit in Sibiu will be held on 9 May 2019, just ahead of the European elections.

#TeamJunckerEU welcomes President of #Romania @KlausIohannis, a constant friend of Europe. A common agenda ahead of the Romanian Presidency and the Sibiu Summit. #Road2Sibiu #FutureofEurope pic.twitter.com/q3WpcNnb5c

When Bulgaria’s PM came to Brussels last week, in preparation for the country’s upcoming stint holding the EU Presidency, Jean-Claude Juncker said the Commission’s latest monitoring report would be “very positive”. It was released today and did not go down well in Bulgaria…