Traffic cop Marian Godina came under pressure from superiors over a traffic incident involving a local official. But Godina turned to social media and heads rolled.

Their bravery is typical of what observers say is a changing attitude to corruption in Romania.

It also helps explain the biggest protests since the fall of communism in 1989 in recent weeks.

These demonstrations, peaking on February 5 with an estimated half a million people nationwide, came after the left-wing government tried, as critics saw it, to ease up on graft.

“Romanian society has reached saturation point with regard to corruption,” said Godina, 30, the policeman from Brasov in the central Transylvania region.

His fame began a year ago when he pulled over a car that had nearly run someone over. A local official in the passenger seat got out and told him to let it drop. She “knew his superiors”.

But he stood firm — and posted his experiences on social media. His superiors were livid, with Brasov’s chief of police and other superiors ordering him to close his Facebook page. 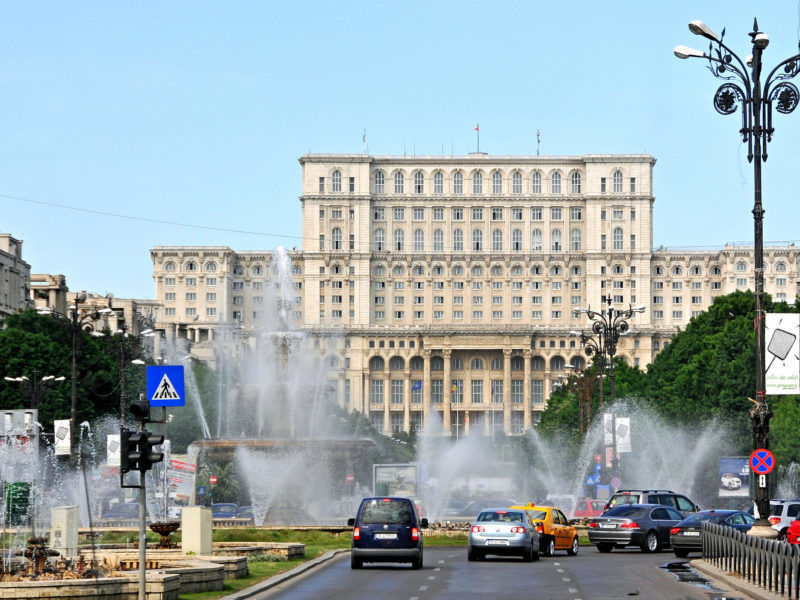 It is time to remove the stamp of corruption from Romania

The fight against corruption, so highly supported by Brussels, has become a witch-hunt with prosecutors, judges, the secret services and the president all protecting their business interests, writes Norica Nicolai.

But in the end he won, with the official resigning and the chief of police taking “early retirement”.

Today Godina still posts his daily experiences and has 500,000 followers on Facebook. He has also written a book, put out by publisher Curtea Veche, about other similar incidents.

Godina says that the younger generation has abandoned the defeatist attitude, prevalent under communism, to “stay in your place and keep your mouth shut”.

Laura Kovesi, the head of Romania’s powerful National Anti-Corruption Directorate (DNA), also hails what she calls a “change in mentality” among ordinary Romanians.

Since its creation in 2002 the DNA has been given serious teeth to tackle corruption, long the scourge of 20-million-strong Romania, which joined the European Union a decade ago.

Between 2014 and 2016 the DNA launched legal proceedings against more than 1,150 people who between them had allegedly misappropriated more than a billion euros.

And almost 90% of the DNA’s current cases were opened after complaints from civil servants or private citizens, Kovesi told AFP in an interview earlier this month.

Father-of-two Marinescu, 37, is another of these have-a-go heroes.

In 2012 he and some colleagues won an international architecture competition to revamp the central square of the city of Ramnicu Valcea in the foothills of the Carpathians.

The European Commission yesterday (16 February) welcomed as a “very good step” the decision of the Romanian government to repeal a decree that would have decriminalised graft, and offered Bucharest assistance and funds to improve the country’s prisons.

They duly completed the project but just as they were about to be paid the mayor asked for a “commission”.

The mayor was well connected and Marinescu wasn’t sure whether to pay up, as many of his friends suggested, or to blow the whistle.

“Both options were scary. We didn’t know anyone who had reported anyone (to the authorities). It was unknown territory,” he recalled.

But he took the plunge and went to the DNA.

Armed with a secret camera and hidden microphone provided by investigators, one of his colleagues met the mayor in a Bucharest hotel lobby.

The official put before him a document to sign stipulating that he gets a 10% cut.

“It was humiliating. He (the mayor) felt like the nobleman lording it over the serfs and their land,” Marinescu said.

At a follow-up meeting, the mayor was arrested red-handed and given a suspended jail sentence of four years.

But the mayor kept his job. “The day after his conviction, he came back to work as mayor. It was absurd,” Marinescu said.

After the DNA appealed however, he was finally locked up.

Both Marinescu and Godina said that the professionalism of the DNA is a major motivational factor.

Laura Stefan from the Expert Forum think tank said that ordinary people are emboldened when they see that “people in high places are treated just like everybody else”.

Tens of thousands of Romanians braved the cold and returned to the streets in protest on Sunday (12 February), calling on the government to resign as they accused it of attempting to water down anti-corruption laws.

A turning point came in 2015 when a blaze in a Bucharest nightclub, blamed on corrupt officials turning a blind eye to fire rules, killed 64 people. Protests forced the government to quit.

“For the first time, something that seemed like a cliche, ‘Corruption Kills’, became very real,” remembers Elena Calistru, 31, from non-governmental organisation Funky Citizens.

Her group has created the website banipublici.ro (“public money”) where people can track public spending, and piatadespaga.ro (“bribery exchange”) for reporting dodgy dealings.

For Marinescu, a corrupt system “isn’t an impenetrable wall. If you push it, it will tumble.”

Romanian Justice Minister Florin Iordache resigned on Thursday (9 February) after a decree on corruption that he drafted triggered a week of street protests, international criticism and finally an embarrassing climbdown by the month-old government.

But he cautions that in rural areas, where poverty is often dire, powerful local barons can be tough to fight against.

“It’s not easy asking someone to be brave when he risks losing his job if he informs,” he said.

But comments on Godina’s Facebook page give him hope.

“People from all over the country tell me that they have said no to corruption, thinking of me,” the policeman said.