Kovesi has led the DNA anti-corruption agency since 2013 and, under her management, conviction rates have risen sharply in one of European Union’s most corrupt states, winning plaudits from Brussels who has its judiciary under special monitoring.

“Constitutional court rulings must be obeyed in a state that respects rule of law. The president issued the decree to remove the chief prosecutor from post,” presidency spokeswoman Madalina Dobrovolschi told reporters.

In reaction, Kövesi said: “Today’s episode is not a defeat – corruption can be defeated. Do not abandon (the fight). After 5 years, one month and 24 days in office I can tell you that nothing can be put in balance with the need to further fight corruption.”

She blamed ruling politicians for attempting to block the functioning of the judiciary by softening criminal-related bills in parliament, in a bid to seek protection against prosecution for “past, present and future,” deeds.

Prosecutors have secured a spate of convictions in recent years against lawmakers, ministers and mayors, exposing conflicts of interest, abuse of power, fraud and awarding of state contracts in exchange for bribes.

Justice Minister Tudorel Toader called for Kövesi’s dismissal in February, saying she had exceeded her authority and damaged Romania’s image abroad. His call drew thousands of anti-graft protesters onto the streets in opposition.

The country’s judicial watchdog had said Toader’s request was unfounded and Iohannis rejected it, prompting the government to ask the constitutional court to decide whether his rejection had created an institutional conflict.

On 30 May, the court ruled the president did not have the constitutional right to oppose a dismissal request legally initiated by the justice minister. Instead, he is limited to assessing the legality of the procedure. 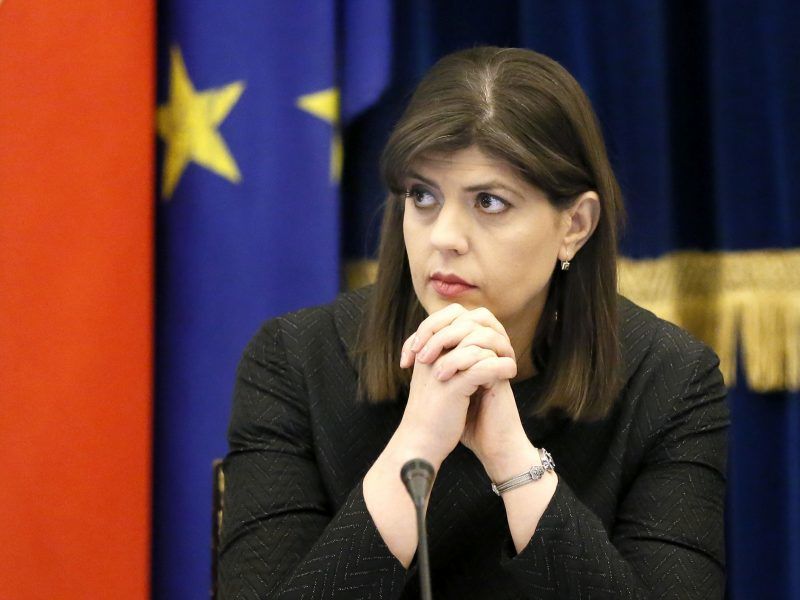 The ruling Social Democrats, whose leader Liviu Dragnea last month got a preliminary prison sentence for instigating abuses of office, have yet to react to Kovesi’s removal. They have repeatedly accused Kovesi of carrying out a political witch-hunt.

Deputy chief-prosecutor Marius Iacob is expected to take over Kövesi’s role on an interim basis.

The justice ministry said the process to select a new chief prosecutor will begin on 23 July, when prosecutors with a minimum of 10 years experience can submit applications. The ministry will pick a winner on 30 July.