Former French president Nicholas Sarkozy (L) speaks prior to a meeting of members of the Russian Direct Investment Fund (RDIF) and representatives of the international investment community with Russian Presidenton the sidelines of the Saint Petersburg International Economic Forum (SPIEF-2019) in St. Petersburg, Russia, 6 June 2019. [Pool/EPA/EFE]

France’s former president Nicolas Sarkozy is to go on trial facing charges of corruption and influence peddling after losing his final bid to avert appearing in the dock, sources close to the case said Wednesday (19 June).

The Court of Cassation, which rules on questions of law, said Tuesday that a trial was justified for Sarkozy as well as his lawyer Thierry Herzog and former judge Gilbert Azibert.

The ruling was Sarkozy’s last hope of preventing the trial coming to court and the French judicial authorities have now approved sending the case to a criminal tribunal, according to a source close to the case.

The trial will begin in the next months in Paris although a date has yet to be set, added the source who asked not to be named.

Sarkozy, 64, is not the first ex-president to be prosecuted — his predecessor Jacques Chirac was given a two-year suspended sentence in 2011 for embezzlement and misuse of public funds during his time as mayor of Paris.

But it is the first time in the history of modern France that a former leader will face explicit corruption charges in court.

‘Up to the court’

The influence-peddling case centres on conversations between Herzog and Azibert that were tapped by investigators looking into claims that Sarkozy accepted illicit payments from the L’Oréal heiress Liliane Bettencourt for his 2007 presidential campaign.

They suspect Sarkozy and his lawyer were seeking information on developments in the case, with Sarkozy offering Azibert a plum job in Monaco in exchange.

He was cleared over the Bettencourt allegations in 2013, and has argued he should not face trial because Azibert never got the Monaco job.

But investigators believe the deal fell through because Sarkozy and his lawyer learned their phones were being tapped.

Sarkozy’s defence lawyers, basing their arguments on a European Court of Human Rights (ECHR) ruling, have argued that such wiretapped transcriptions can be used only against lawyers and not their clients.

“It will be up to the court now to say if a French institution can free itself of a decision by the ECHR,” Sarkozy’s lawyer Jacqueline Laffont told AFP.

Sarkozy, who lost the presidency in 2012 elections to his socialist rival Francois Hollande after serving just one term, has seen his post-Elysée life over the last years disturbed by a litany of legal problems.

In 2014, Sarkozy became the first former French president to be taken into police custody during a preliminary stage of the inquiry.

Last month, a top court rejected an appeal to avoid another trial, involving charges of illicit financing for the 2012 campaign.

He has denounced the charges, saying he was unaware of the fraud by executives at the public relations firm Bygmalion, who are among 13 people also likely to face trial. 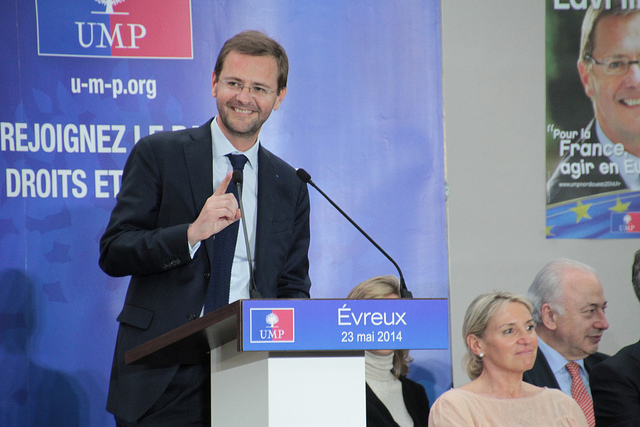 New French MEP under fire for role in "Bygmalion affair"

Sarkozy has also been charged over accusations he accepted millions of euros from the late Libyan dictator Muammar Gaddafi towards his first presidential campaign in 2007. 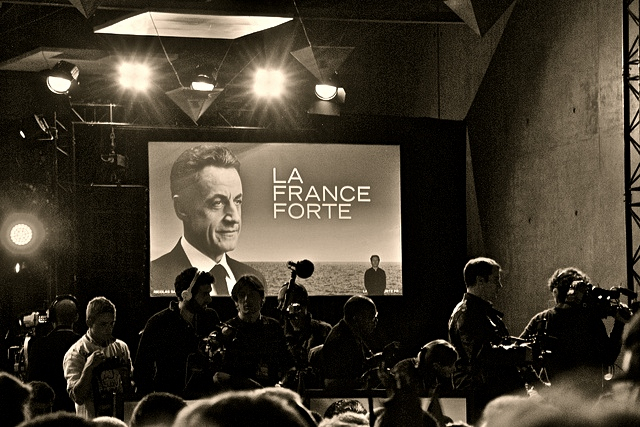 Nicolas Sarkozy was detained for questioning today (1 July) in a widening corruption probe, a judicial source told AFP, in an unprecedented move against a former French president.

A Franco-Lebanese businessman, Ziad Takieddine, claims he delivered three suitcases containing five million euros ($6 million) in 2006 and 2007 to Sarkozy, who was interior minister at the time, and his chief of staff.

Some party members still see Sarkozy as their political saviour but he has ruled out a comeback.

Sarkozy begin his presidency in 2007 in a blaze of energy and publicity but found his mandate shadowed by the 2008 financial crisis.

By the end of his term, he had some of the lowest popularity ratings of any previous postwar French leader.

After his humiliating 2012 defeat, Sarkozy famously promised that “you won’t hear about me anymore”, a prophecy that has turned out to be anything but true.