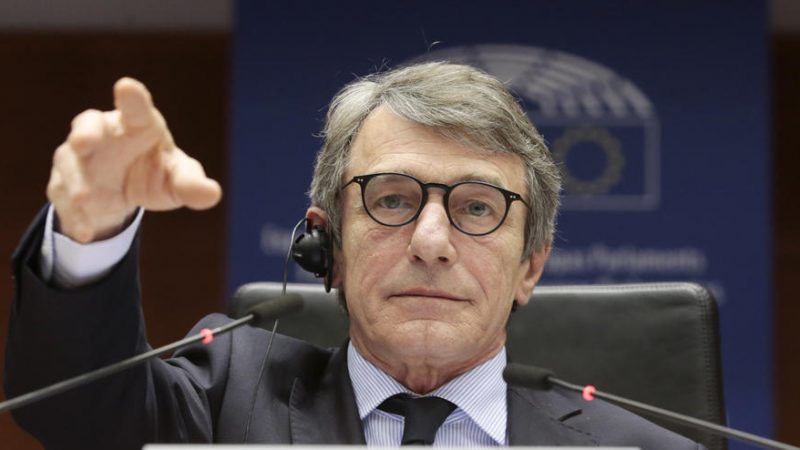 “Let me say that I consider positive that on such important occasion the MEPs could also listen to the voice of the Hungarian government and I encourage it,” wrote Sassoli in a letter dated 12 May.

“Nevertheless, according to the established practice for such kind of debates, the appropriate level of participation is that of the head of state or government.”

Hungarian justice minister Judit Varga wrote a letter on Monday (11 May) asking for the possibility to participate in the debate and present Hungary’s position.

Earlier today Varga complained: “What is the difference between a debate and lynching? Democracy, equal treatment, due process.”

“I have asked again to give me the floor on behalf of the government since I was rejected yesterday,” the minister added.

What is the difference btw a #debate and #lynching? #Democracy, #equaltreatment, #dueprocess. The #EP can still decide as for tomorrow's discussion on #HU Covid-19 legislation. I asked again @EP_President to give me the floor on behalf of the Gov since yesterday I was rejected.

The debate, where the European Commission and Council are expected to present a statement on the impact of the emergency legislation on the rule of law and fundamental rights in Hungary, was originally scheduled for Wednesday afternoon.

However, it has been rescheduled for 9 am the following day “to better balance the workload of the plenary,” a Parliament spokesperson told EURACTIV.

Sassoli also informed Orbán that “no remote participation is possible in the Chamber during the May part-session in Brussels, despite the current exceptional circumstances,” in light of a recent decision of the Parliament’s business and legislative planning body.

The law has expanded the Hungarian government’s powers, allowing emergency decrees to stay in force until further notice. It also criminalised spreading misinformation that could negatively affect the effectiveness of the defence measures against the pandemic and made it punishable with one to five years of imprisonment.