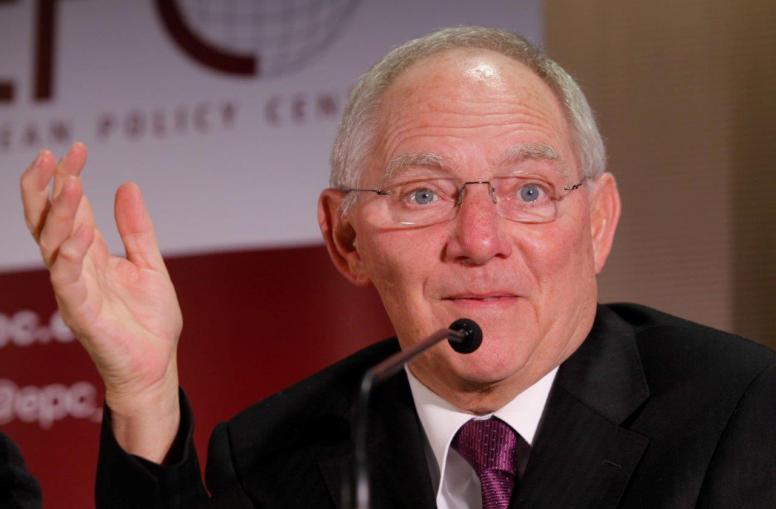 German Chancellor Angela Merkel’s veteran Minister of Finance, Wolfgang Schäuble, jumped to the defence of her conservatives’ Bavarian sister party in the latest twist in a row over migrants that is damaging her re-election prospects.

Merkel’s Christian Democrats (CDU) and the Bavarian Christian Social Union (CSU) have spent the last year locked in the dispute, which now centres on the latter’s demand to cap the number of migrants coming into Germany at 200,000 a year.

Merkel, whose CDU suffered a drubbing in a state election in Berlin on Sunday, has refused to agree to such a limit. But the allies know they must reach a compromise soon that allows them both to save face and focus on next year’s federal election.

Schäuble defended CSU leader Horst Seehofer, a significant intervention from a senior conservative after other Merkel allies blamed the Bavarians’ relentless attacks on her open-door refugee policy for the CDU’s poor showing in the Berlin vote.

Germany expects up to 300,000 asylum seekers to arrive this year, less than one-third of the total during 2015’s record influx, the Federal Office for Migrants and Refugees (BAMF) said yesterday (28 August).

“It is an outrage to insinuate that Bavarian premier Horst Seehofer is against the dignified treatment of refugees,” the finance minister told weekly magazine Wirtschaftswoche in comments released on Thursday (22 September).

“In Bavaria, there are fewer far-right attacks on refugees than elsewhere,” added Schäuble, who is not close to Merkel but used his popularity in their party to help her win backing for financial aid to Greece during the euro zone crisis.

Schäuble could be a CDU candidate for chancellor should Merkel not seek re-election next year, though he brushed off questions about whether he could seek the office or even the German presidency in a television interview last week.

“Why don’t you ask me if I want to be Pope?” he responded.

Wheelchair-bound since a deranged man shot and crippled him in 1990, Schäuble turned 74 on Sunday and cast himself as a loyal minister in the Wirtschaftswoche interview.

“I am fulfilling my duty as finance minister,” he said.

Merkel, 62, said on Monday (19 September) she would turn back time if she could to better prepare Germany for last year’s migrant influx, when some one million migrants entered the country.

Her uncharacteristically contrite remarks were a clear attempt to mend fences with the CSU, though Seehofer is keeping up pressure on her to compromise on the migrant cap.

Merkel, Seehofer and senior figures from their parties meet in Berlin later on Thursday to try to narrow their differences.

CDU officials have played down any prospect of an immediate breakthrough, but the parties want to resolve the migrant row before a CDU congress in early December at which Merkel could announce she will run for a fourth term.

The CSU accounts for roughly 20% of the conservative bloc of votes in the federal parliament and she needs its support to stand again. Asked on Monday whether she will run in 2017, Merkel declined to comment.

Germany's finance minister has warned that the influx of refugees could have a dramatic and unpredictable effect on the country. EURACTIV Germany reports.