Serbia says migrants in Macedonia should go to Bulgaria, Croatia 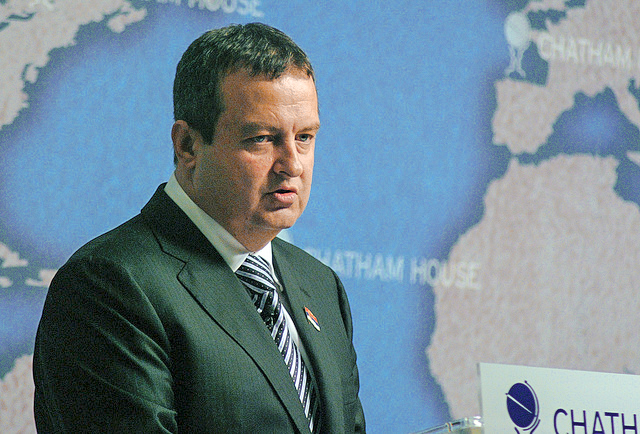 Foreign Minister Ivica Da?i? said that Serbia will not put fences on its border with Macedonia, and that Hungary’s new fence along its border with Serbia would redirect refugees to Croatia and Bulgaria, the Belgrade press reported Wednesday (19 August).

“I do not believe that at some moment Serbia will make a decision, like Hungary, to build a wall on its border with Macedonia to prevent the entry of refugees and migrants,” Da?i? told the Belgrade daily Danas.

Having reached Greece, many migrants head for Macedonia in an attempt to transit to countries in Western Europe. Macedonian authorities say they’re powerless to intervene. Serbia will not put any fences on the border with Macedonia. Refugee passing through Serbia will be redirected to Croatia and Bulgaria.

Should problems arise there as well, considering that neither Croatia nor Bulgaria are members of the Schengen area of passport-free travel, the number of refugees in Serbia is expected to decrease, Da?i? said.

Asked how Serbia would act and what measures it would take if refugees trying to reach EU member countries stayed in Serbia for a longer period of time, Da?i? said he did not believe that it would happen.

“They will go via Croatia and Bulgaria,” he said.

Asked what would happen if Croatia also decided to put a fence along its border with Serbia, Da?i? said that migrants would then probably bypass Serbia and use some other route on their way to the EU.

The Bulgarian press has distorted Da?i?’s words, saying that Serbia would deliberately send the migrants to Bulgaria and Croatia, while emphasising that Da?i? is a former spokesperson of Slobodan Miloševi?, the Serbian leader under whom the country engaged in fratricidal wars in the 1990s.

Up to 2,000 migrants from the Middle East and West Asia enter Serbia from Greece and Macedonia on a daily basis.

So far 83,000 asylum seekers have been registered in Serbia but only 500 have applied for asylum in that country, the head of the UNHCR mission in Serbia, Hans Schoder, according to the Croatian website Dalje.

0 responses to “Serbia says migrants in Macedonia should go to Bulgaria, Croatia”