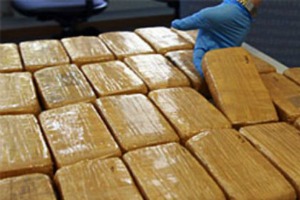 Darko Šari?, head of a network that smuggled drugs from Latin America to the Balkans and EU countries, was arrested yesterday (18 March) in a joint operation between  Serbian and Montenegrin authorities. The operation may boost Serbia’s credentials in law enforcement as the country begins accession talks. EURACTIV Serbia reports.

This ended the search, which took several years, for one of the most influential figures in the Balkan criminal underground, who had also been wanted by the authorities of other European countries.

The Serbian government announced that the fugitive drug lord had turned himself in unconditionally, that the operation lasted nine and a half months and involved the security services of a number of countries.

Šari? was arrested in one of the Latin American states and was transferred to Serbia on Tuesday (March 18) via Montenegro, where he spent about an hour, said Montenegrin Minister of Justice Duško Markovi? at a 18 March news conference in Podgorica.

Upon arriving in Belgrade, Šari?, who stands accused of trafficking 5.6 tons of cocaine and money laundering of at least €22 million, was transferred to the Special Court for Organized Crime, where he was questioned.

Serbian officials said Šari? had surrendered unconditionally, and that his only request was a half-hour meeting with his closest family in the international zone of the Podgorica airport.

In Serbia, 13 charges were pressed against Šari? for narcotics trafficking and money laundering and he was being tried in absentia. The trial of Šari? and his group started at the Special Court in Belgrade on 9 March 2012.

The operation aimed at locating Šari? took nine and a half months and the offer of Šari?’s surrender came in a month and a half ago, after it became clear that he would be arrested, Serbian Minister of Justice Nikola Selakovi? said in a press conference yesterday.

“Our operatives located his movements in several Latin American states and when the fugitive himself became aware of his inevitable arrest, the Serbian Ministry of Justice received a request for contact with his lawyer. In order to avoid bloodshed and casualties, his unconditional surrender was offered,” said Selakovi?.

Serbian Deputy Prime Minister Aleksandar Vu?i? said that the government received the offer of Darko Šari?’s unconditional surrender from his defense attorney on 24 February, while Serbia’s competent bodies had cooperated with at least 15 international security services on locating and arresting Šari?.

He thanked everyone involved for their cooperation, particularly the Central Intelligence Agency (CIA). According to officials, locating Šari? also involved Slovenian SOVA and the Italian, Spanish, Belgian, Swiss and Austrian security services.

The drug lord’s name first appeared in the media in October 2009, when news agencies reported that Uruguayan police had seized 2.8 tons of cocaine on a yacht called Maui, bearing a British flag, in the port of Santiago Vazquez, 25 kilometers west of Montevideo. The drug cargo was intercepted within a joint operation dubbed Balkan Warrior, run by the US agency DEA, Serbian Security Information Agency and the Uruguayan police. At the same time, Belgrade police arrested the members of Šari?’s group who were in Serbia.

Šari?’s drug smuggling network was also active in the EU, which is why the authorities of other countries had also been looking for him. Italian Anti-Mafia Prosecutor Mario Venditti said in March 2012 that the criminal organisation around Šari? was no longer active in Italy, but that the police in the country and the police forces of “all of Europe” were continuing their search for the indicted cocaine smuggler.

An arrest warrant for Šari? in Serbia was issued on 9 December 2009, while the international one was issued in January 2010.

Šari? was born in 1970 in Pljevlja, Montenegro, where he was convicted several times of various criminal offences. According to earlier media claims, he owns land and other real estate in several Serbian cities and towns.

Šari?’s arrest comes just after the Serbian parliamentary elections. Vu?i?, whose Serbian Progressive Party won a landslide victory in the 16 March elections, has on several occasions announced Šari?’s arrest, the last time a week ago. Vu?i?, who was the security service coordinator in the previous cabinet, owes his election success to the popularity he has built on, among other things, for the time being only arrests, in the fight against crime and corruption.

Apart from its importance for the struggle against organised crime, Šari?’s case is also politically sensitive due to suspicion regarding links between his drug network and state officials.

The organised crime prosecutor’s office at one point asked the police to investigate “the nature and character” of contact between state officials and Rodoljub Radulovi?, a member of Šari?’s drug clan.

Prime Minister Ivica Da?i? on behalf of the government welcomed and voiced great satisfaction with Šari?’s arrest, saying it indicates the government’s commitment to regional cooperation and resolve in fighting crime and corruption.

According to the latest Commission progress report, Serbia need to pay particular attention to the key areas of the rule of law, particularly the reform of the judiciary, fight against corruption and fight against organised crime, public administration reform, independence of key institutions, media freedom, anti-discrimination and protection of minorities, among other challenges.

The Commission has deplored that convictions in Serbia remain rare in court cases on organised crime.