The farmers are demanding transparent rules for land usage rights and the distribution of EU subsidies among other issues, the Rural Platform group organising the protest said in a statement coinciding with the arrival of tractors in the capital.

“Problems have escalated over a long period of time,” Marian Glovatak, a farmer from the northern Orava region, told aktuality.sk, the news website that Kuciak had worked for.

“Without Kuciak’s murder, this would probably not have happened,” he added.

Kuciak was gunned down in his home gangland-style as he was about to publish an investigative report into corruption and alleged ties between politicians and the Italian mafia. 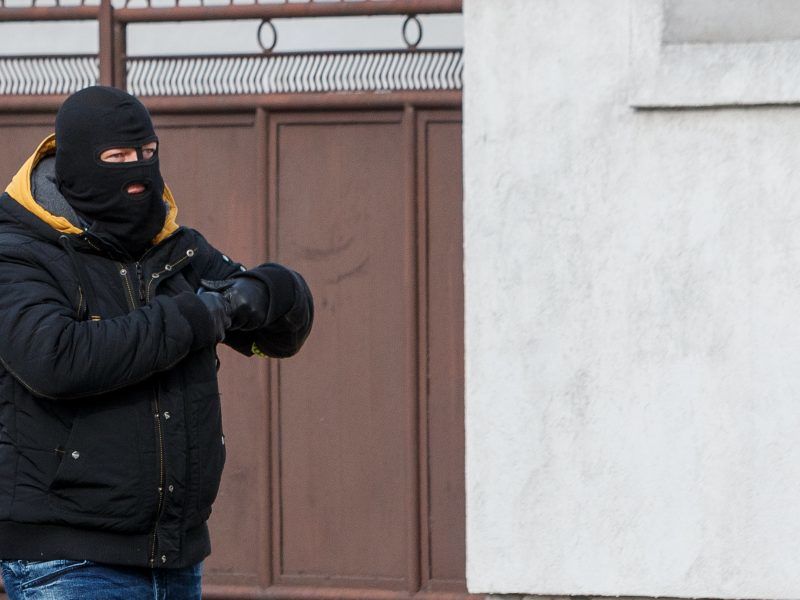 The article included allegations that several million euros in EU farm subsidies had been lost to fraud.

The Slovak Spectator writes that farmers want to ensure that the Agricultural Payment Agency pays farm subsidies only to an entity that has a valid legal relationship to the subsidized land.

A similar case is Bulgaria, where European agricultural funds are distributed mainly to a small number of big producers through large scale corruption, while the small land owners are deprived from their property with the complicity of the authorities.

The murder and Kuciak’s last explosive report plunged the eurozone country of 5.4 million people into crisis, sparking weekly mass protests that forced the government to resign in March.

“We are open to dialogue, but to this day we have not received any request for a meeting from these farmers,” Agriculture Minister Gabriela Matecna told journalists on Tuesday.

Protesting farmers plastered their tractors with signs saying “Give back our land” and “We need agricultural reform”.

They rolled into public parking lots on the banks of the Danube river on Tuesday evening to spend the night.

Many brought caravans, while some were prepared to spend the night in tents.

“Racketeering among the white-collar workers is unreal,” Robert Mikula, a farmer from the eastern Slovak city of Kosice, told AFP.

“If someone has the money, they can ‘make arrangements’ to receive state subsidies. We can’t do that,” Juraj Hospoda, a farmer from the northern town of Namestovo said.

“Subsidies must become transparent,” he added.

Organisers said they intend to continue their protest by driving their tractors into central Bratislava, possibly to parliament, on Wednesday.